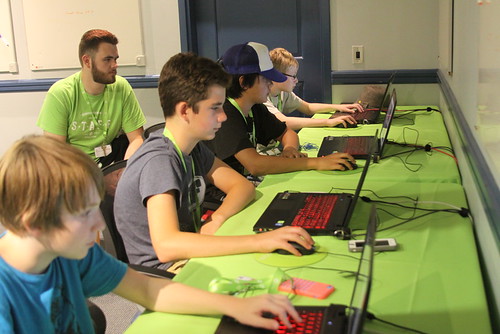 So when I picked him up from the splurgiest computer camp ever where he spent a week with five of his closest friends who he convinced to ask their parents to also splurge in which they allow them to play a networked computer game called portal which means nothing to me and I asked him how it was and at first he said – “meh”, I looked at him again and said, “Really? because you know what a “meh” answer will mean for next year”, he looked at me again and gave me a big hug and said that it was “awesome & amazing & the best thing ever, thank you”. 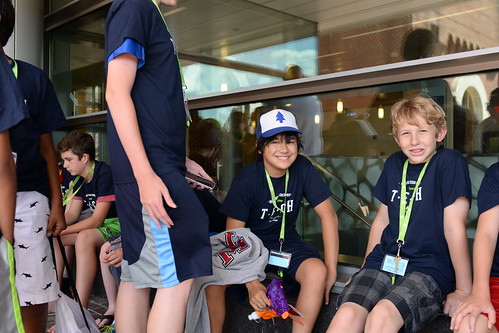 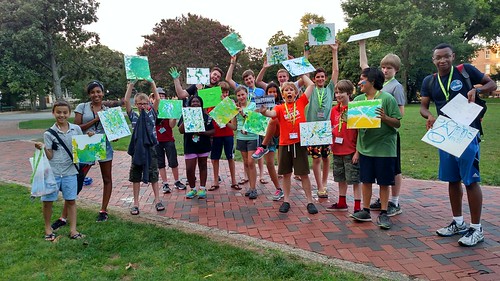 Here’s Vince getting his camp-end award from his counselor – code name Colossus.

2 thoughts on “Back from camp.”