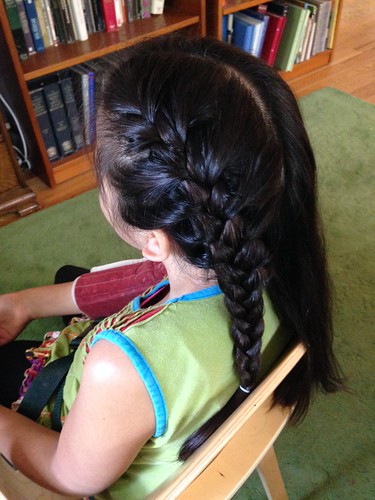 I’m trying to practice my French braiding skillz.  Inspired by Keyla, I’m trying to do Edda’s hair with more effort and care on the weekends when I’m on hair duty.  I don’t know why it’s taken this many years to feel embarrassed about Edda’s weekend hair.  I think it’s because Keyla’s abilites are so jaw dropping that the difference between Edda’s weekend hair and weekday hair was getting to be just too much.  It’s like if you ate only creme brulee on the weekdays and on the weekends had half a dog biscuit.  Keyla taught me the most important trick which is to wet the hair before plaiting.  The wetness helps one grip all the different strands and also prevents flyaways when it dries.

When Jeremy and I got married, he was the more talkative one.  I was the quieter one.  But over the course of our marriage, I’ve gotten more talkative and Jeremy less?  Kind of.   Sometimes at parties, I talk more because I think I’ve gotten better at making small talk and Jeremy doesn’t like making small talk, he likes talking about energy policy or transportation policy.  Anyways, this Saturday, we hosted a party and then went to a party where I thought we’d wouldn’t at all talk policy, but it turned out that at both parties, Jeremy spent hours talking about biofuels and driverless cars.  I actually sat there and was baffled that we were going to head into the 2nd hour of (both!) parties with all participants gung ho about energy policy (except me).  The first party, I excused myself to try to talk Edda into a taking a nap (she didn’t nap).  The 2nd party, I excused myself to go for a swim (she napped). 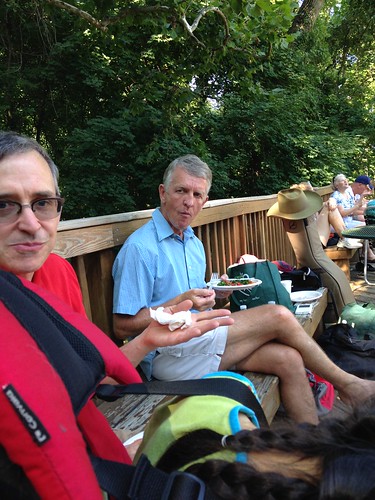 Our neighbor is replacing his driveway.  On his own.  Total DIY.  He rented that bobcat and asked if he could run over our lawn with it.  We said OK.  Maybe tomorrow I will ask him if I can drive the bobcat.  Sometimes I pat myself on the back for replacing a toilet or fixing some drywall, but I would never think to replace a driveway by myself.  Props to him! 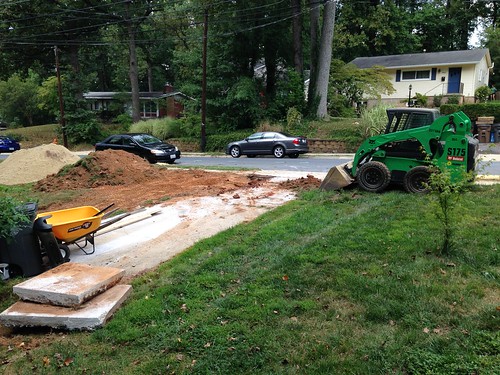 We had a baby over for dinner tonight.  The dogs were delighted to have a steady stream of chili dog droppings fall to the floow. 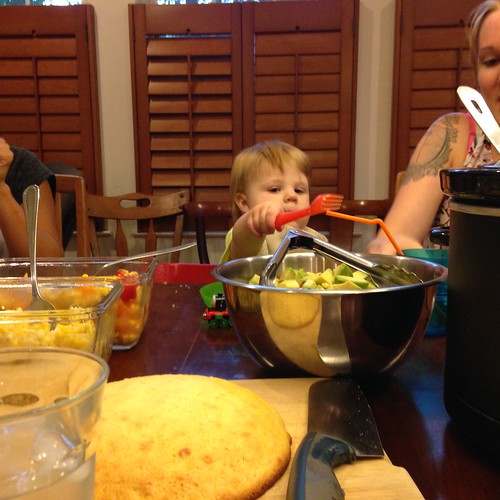