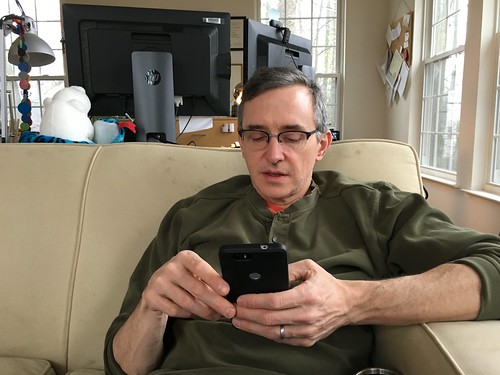 Jeremy is sick.  Selfishly, I hope it is the same illness I had last week, so I don’t get it again this week.  Today (Sunday), he needs to go to a three-hour networking event where he’s planning on giving a talk.  He lamented that networking is hard even when one is feeling well because, being of a typical non-looking-forward-to-networking personality, one needs to gird oneself up to meet people you don’t know but want to know – however, feeling crappy, it’s next to impossible to pep-talk yourself into feeling charming.

The Christmas slight splurging continues – Jeremy got these padded gloves for biking on Donald’s recommendation to dampen the vibrations on the trails.  But first, he needed to try it out driving. 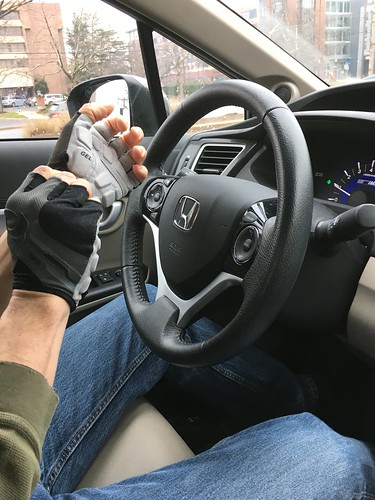 Vince wanted a sub for lunch and there’s a new Jimmy John’s in town and he’d never tried it before.  I used to eat at Jimmy John’s all the time when I worked in Alexandria, I was happy to find one near my house. 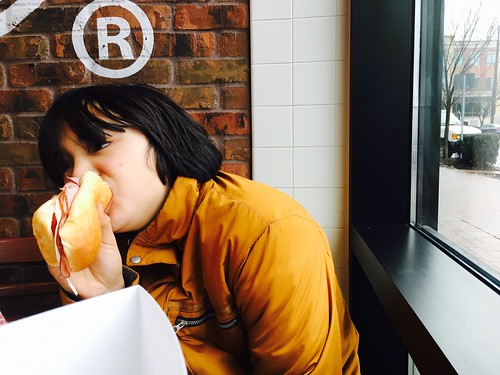 I hurt my hamstring last week running, so I’ve switched to swimming.  They renovated the pool I learned to swim in and just re-opened it in the new year.  Something about swimming in that pool makes me feel both young and old.  On an evolutionary level, I think that being surrounded by water on all sides reverts you back to the un-rememberable feeling of being in back the womb, where you are being taking care of in all the ways you need to be taken care of.  That’s a nice feeling.  It also makes me feel like I’m seven because I do remember spending so much time in that same pool when I was in elementary school.  And then I see seven year olds having their swim lessons and then I just feel old and wish I was seven again.  I’m comfortable in the water, but I never had formal swim lessons, so I’m flailing around – arms in all directions, water splashing, no clean fluid streamlines around my body – being beat by seniors with their kick board drills. 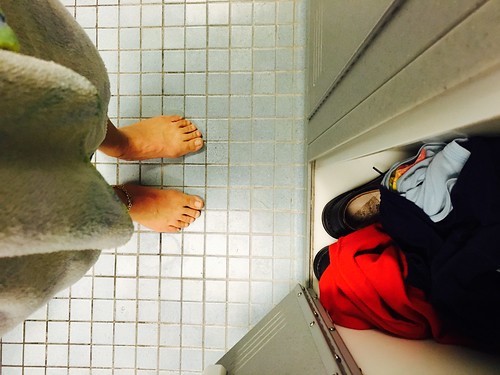 A couple of Vince’s co-scout members made Eagle Scout rank and they had their Court of Honor last night.  It was a nice celebration.  Making Eagle Scout is a lot of work, I’m hoping Vince’ll be inspired along the way. 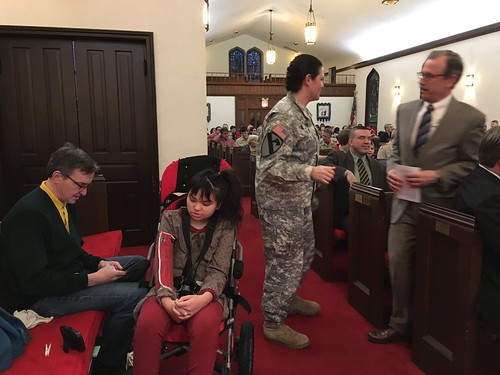 Finally, a last minute thing.  To get together for drinks and dessert with a couple of my favorite Rett mom friends.  So much to talk about as we all go through middle age and as our kids get older – as we get older. 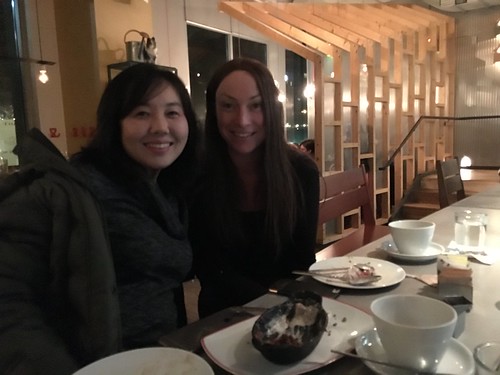 One thought on “Saturday.”