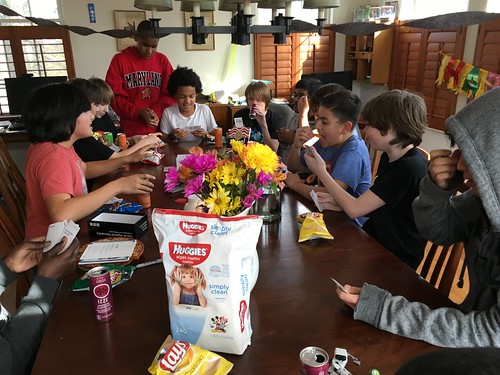 Vince hosted his after-school birthday party today.  First up – card games.  You know which one.

Next, Coke and Mentos geysers (no photos of that).

Then we launched rockets.  This, I loved.  I could launch rockets all day.  These had propellant that made that WHOOSH sound as they pushed off the launch pad and then a little pop to force out the parachute.  Then the boys would run after the rocket and try to catch it as it fell to Earth. 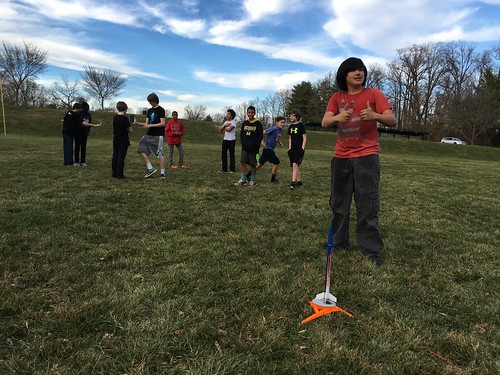 At the rocket launch, I saw all manner of shattered phones living out the last day of their lives…  I can not believe that these phones still work, you can see the SUBSTRATE which all the electronics are layered on top of. 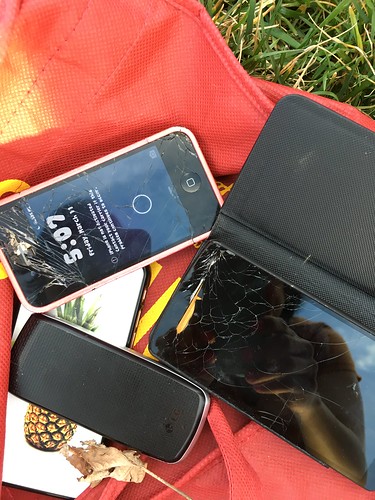 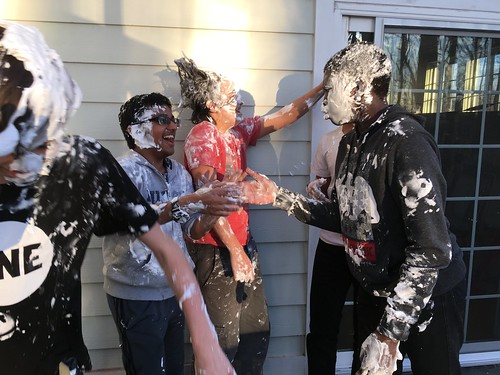 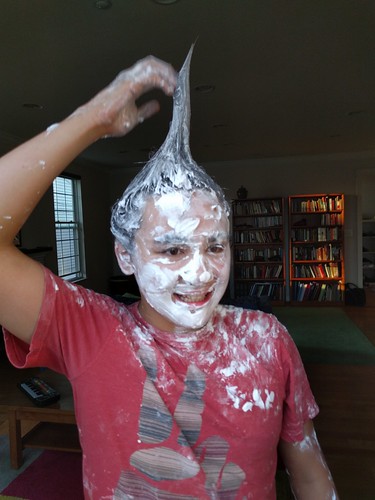 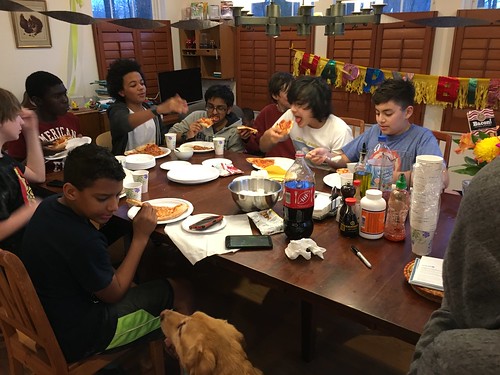 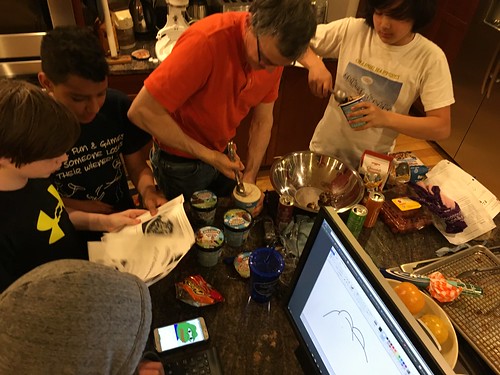