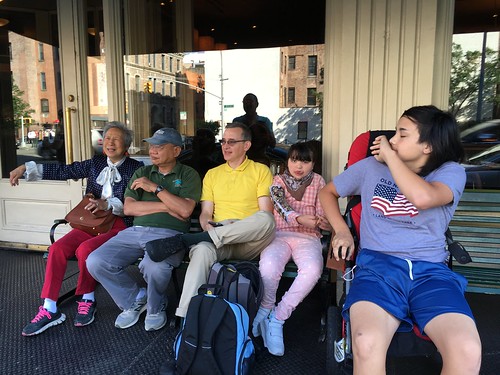 We had Father’s Day brunch at a place called Jane’s in the Village – I was all excited about the complimentary cocktails served with brunch, but was sadly disappointed that NY law prevents serving alcohol on Sundays until noon.  Our server said it wrecks havoc on the wait line on Sunday with people showing up at 11 for a noon spot and it confuses people…  I gave Dad a black leather belt.  I guessed the size – he immediately took off his old belt (which was really falling apart) and promptly put on the new belt.  Then I realized I had given Jeremy the same black belt a few years ago for Father’s day (which he was wearing as well).

Then we went to the Met (only the outside, we are too impatient for the inside) where this photo shows just how short I am. 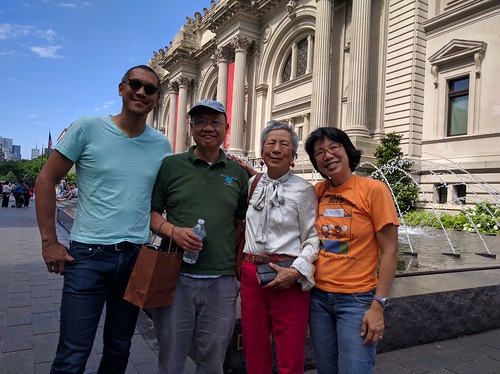 The kids and their papa… 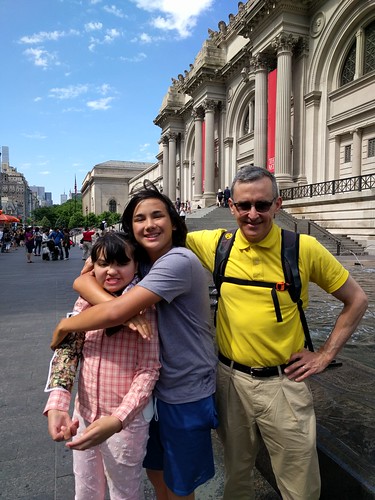 Instead of going to see Hamilton (an impossibility really, though the couple next to us at brunch were lucky enough to see it the night before…), we just tried to get some photos with him in Central Park. 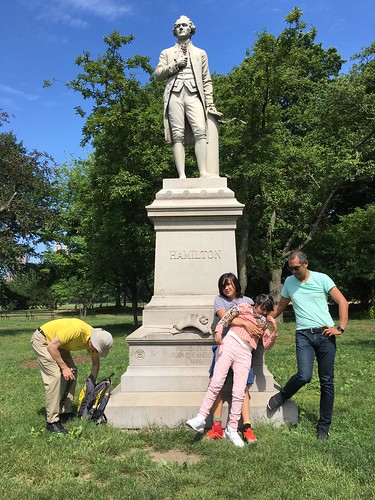 Hanging at a park bench. 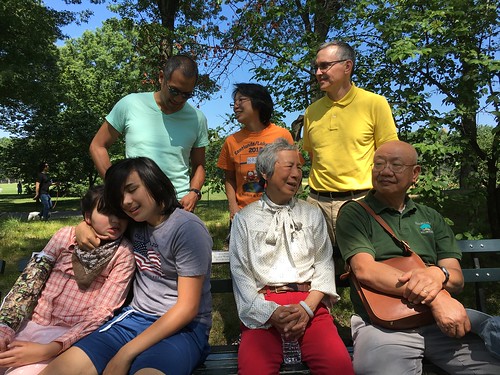 We saw the King and I at Lincoln Center. 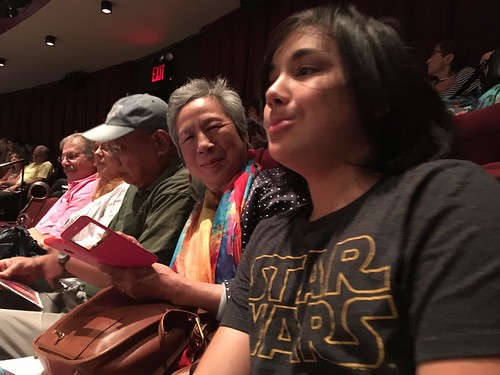 During the show, Jeremy and Edda went to Sprinkles.  Wow, look at the size of that ice cream.  There was also – supposedly – a cupcake ATM at this site. 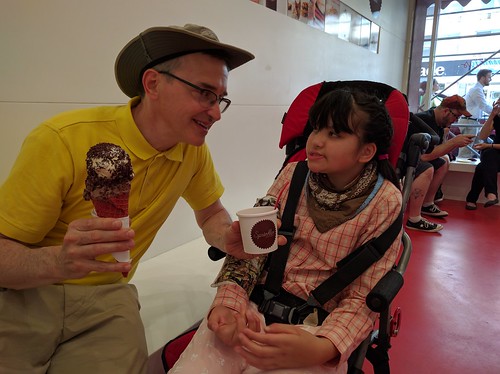 After we all got back in the evening, we ordered out for pizza and bought some beer and watched the Cavs vs the Warriors.  The family was pretty evenly split for who they were rooting for…  Only the true fans stayed up for the whole thing – Donald (Cavs) and Jeremy (Warriors). 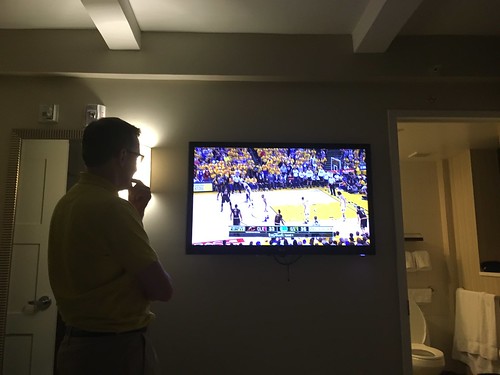 Then in the morning – we were outta there and back home to the suburbs – did a lot in a few days, thank you mom & dad!