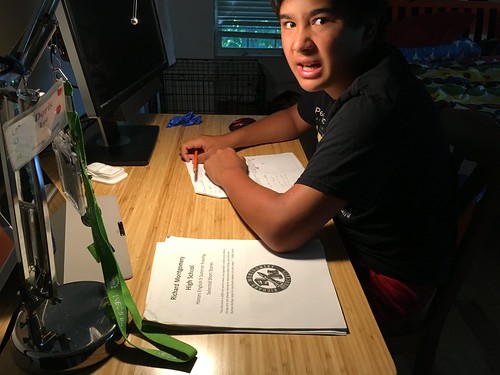 The last week of summer.   The week before Vince starts high school.  He’s scrambling a bit to finish the summer packets – English, math and Chinese.   Of course, I printed them out at the beginning of summer hoping that he’d get a few pages done here and there, but it didn’t happen.  Vince had a really fun and busy summer.

I took him on a lunch date this week to go clothes/backpack and school supply shopping.  Here he is looking like his father. 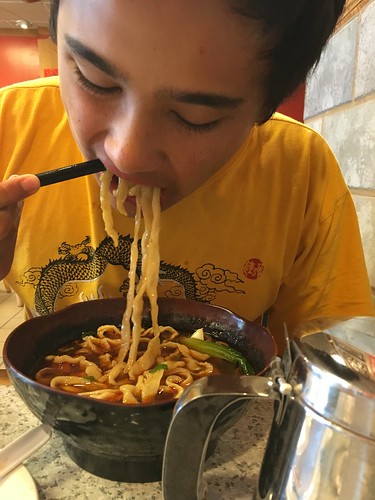 He tried out Jeremy’s messenger bag. 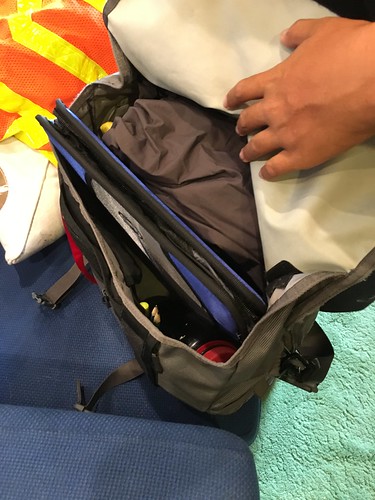 Today was a half day orientation day in prep for the first day on Monday.  Vince tried out his new bike route to school.  We live within a 2 mile radius of school, so there is no bus service… 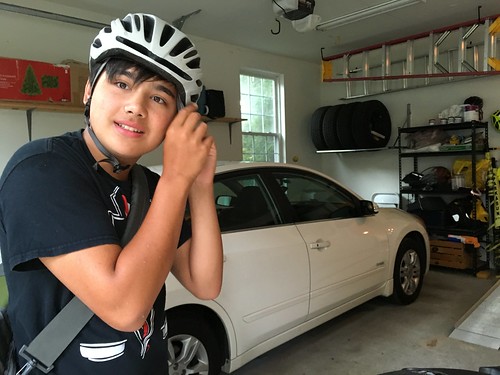 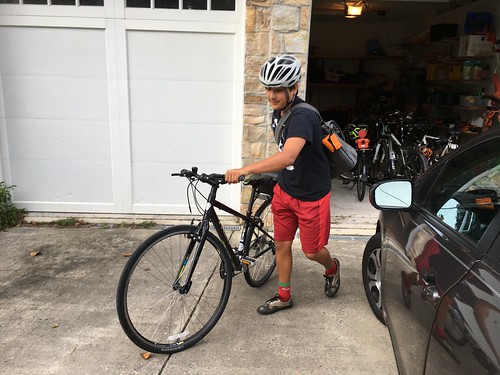 Vince wanted me to make sure to let you know, these are not first day photos!  Vince went through all his classes and met his teachers and found out which friends were in each of his classes.  Also, only about a quarter of the kids use lockers.  If you want a locker, you gotta bring your own lock.  I think they don’t use textbooks anymore as everything is online and in Google Classroom, so no need to store them during the day.  But where do you put your winter coat?  Oh yeah, I forgot that no one wears winter jackets. 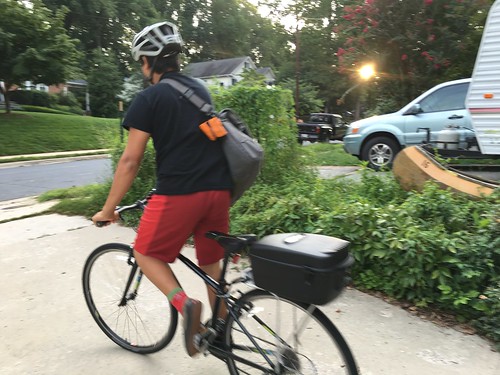 This evening, we went to a freshman/family BBQ where all the clubs were trying to get new members.  I think Vince got this Chinese yoyo from the juggling club. 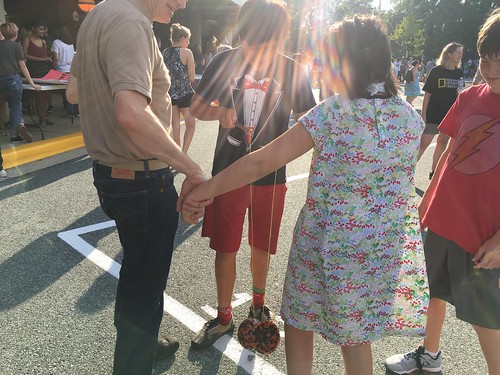 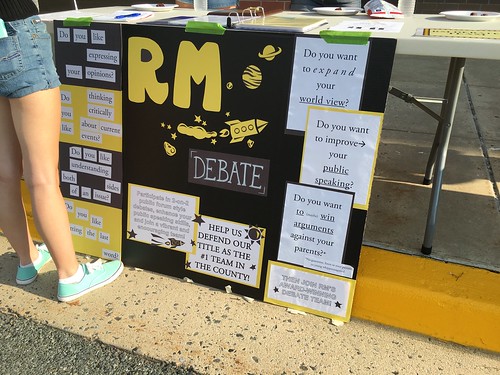 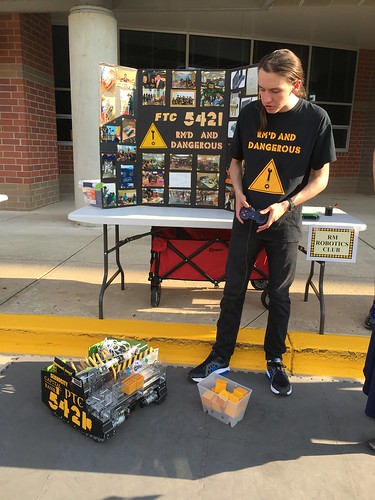 This is Vince’s group of friends.  I know some of them, but I don’t know a lot of them.  It seemed to much to ask them to turn around for a posed photo, so you only get a photo of Vince peeling away from them as we headed home.  I bumped into a few parents at the BBQ.  We talked about how our babies were no longer babies.  (Though I did say hello to a parent who is bringing up the rear with a 1 week old at the ripe old age of 42!) We talked about how clearly we remember high school, how much of it was about your friends and figuring crap out about who you were and who your friends were and what you liked to do and and how little of it was about your parents. 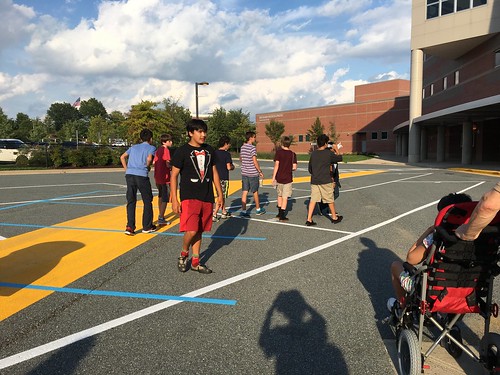