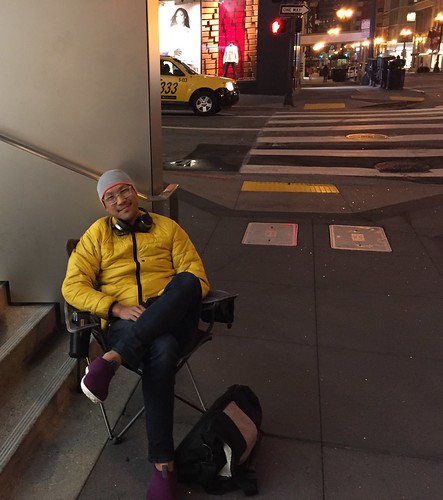 Donald in SF this morning.  Is he wearing a puffy jacket? Where in the US is it cold?  #3 in line for the “stupid iPhone” <- his words, not mine.

This week, Jeremy decided to meet up with the Potomac Pedalers, the biggest bike club in the DVM. It’s so convenient, one of the weekend group rides meeting up at Wootton – approx 2 miles from the house.  He RSVPed and they were suppose to email him the route, but he got no email and as he set out in the morning (note that the bike is leaning up against our old stinky dishwasher), I wondered if anyone else would show up.  He did make up his own ride route in case no one did show up. 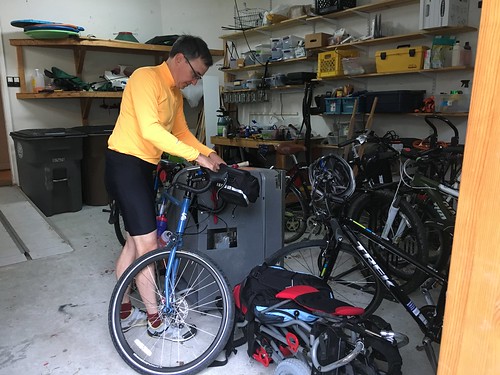 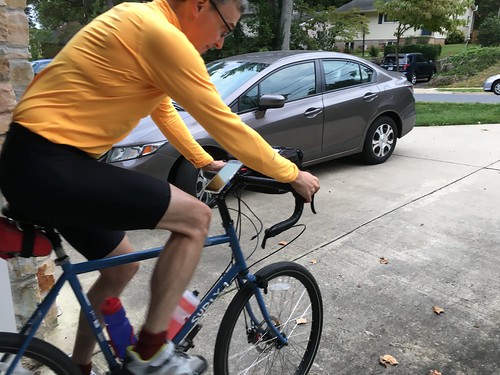 He texted me his safety beacon – so I tracked him and he did meet up with some fast folks who then encouraged him to ride hard for 70 miles.  Something he really wasn’t intending to do when he left the house.  Jeremy sent a text at the first stop – “Wow, this is hard work.” 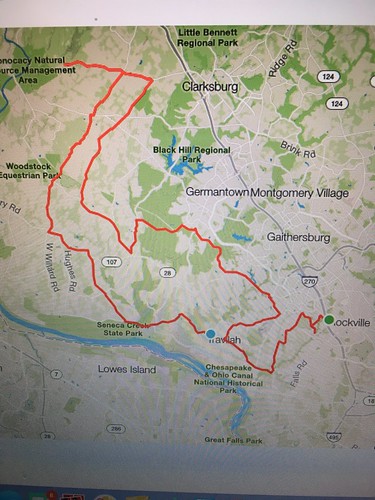 He PRed on every Strava segment he had every ridden on before.  He said that this week’s ride was harder than last weekend’s century.  I hope he sleeps well tonight.  I videoed his crazy leg twitches that continued after he got home.  Of course, everyone else showed up with a carbon fiber road bike.  Jeremy showed up with his heavy touring (albeit expensive and saved for many fun fund months) bike.  To which Jeremy came home and told me, I think I might have to buy a new bike.  Ha ha ha.

Meanwhile, I spent the day studying (and procrastinating by shopping for earrings on Etsy).  I’m not inspired.  So boring.  Just so so boring.  I’m thinking I might be willing to get a C in the class to not study anymore. 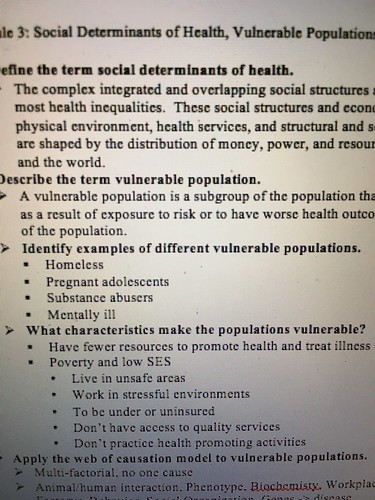 I did go out to dinner with my lovely Rett mom friends, Marta and Laura.  There was a moment involving fruit emojis which sent us all laughing so hard.  Don’t worry, I’ll send you naughty fruit emojis too if you ask.  😉 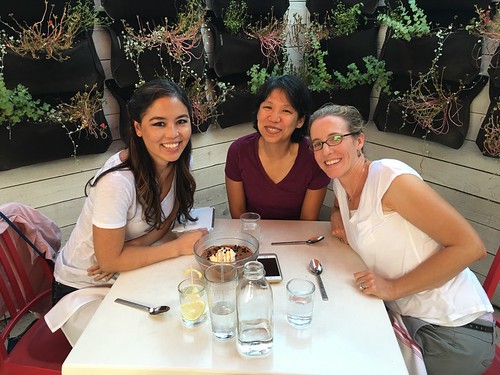 And we ate a chocolate mousse as big as our heads. 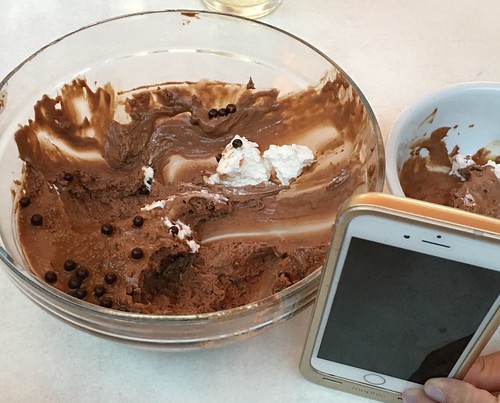