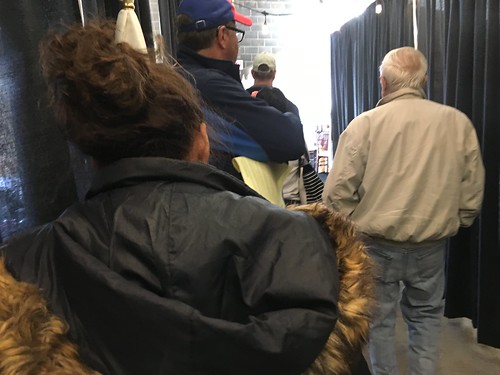 I stood in a long line today at the party rental place.  Thirty? Thirty-five people are coming to the house tomorrow for Thanksgiving.  Fewer than it has been before, but still enough for a par-tay.  We needed tables, chairs and extra plates. I started talking to this person in front of me who, because of the context of the conversation that we had, thought I was a grandma.  She asked how many grandchildren I had.  Hahaha.  I’m so old.

Vince had a half day today.  We picked him up and went to Five Guys which was filled with teenagers from his high school.  We stepped back a bit to observe Vince in his school-but-not-school environment.  Like at the Peach Pit in Beverly Hills 90210. 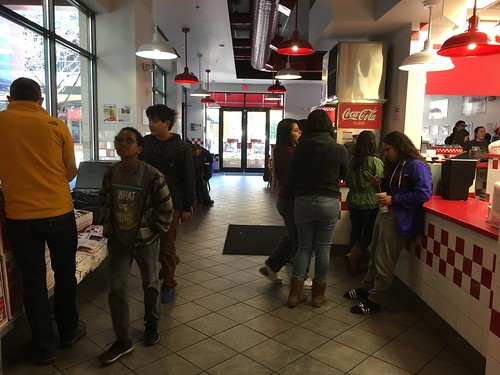 We had hot pot dinner at mom and dad’s house. 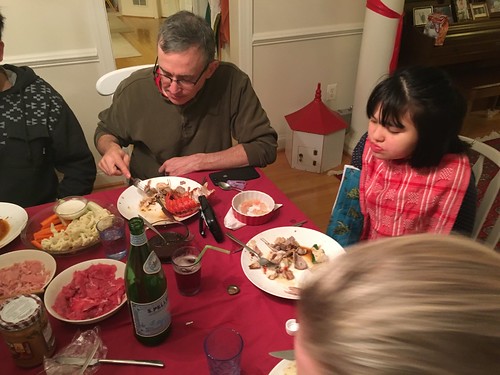 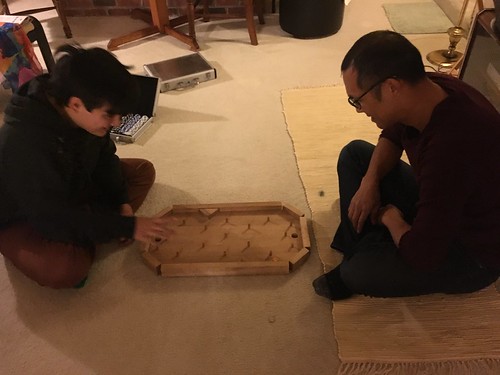 Maxi stole a plate of chicken off the kitchen counter.  Dad asked for a set of drills and a snowblower for his birthday.  The snowblower may come with a certain teenager to push the snowblower when it actually snows. 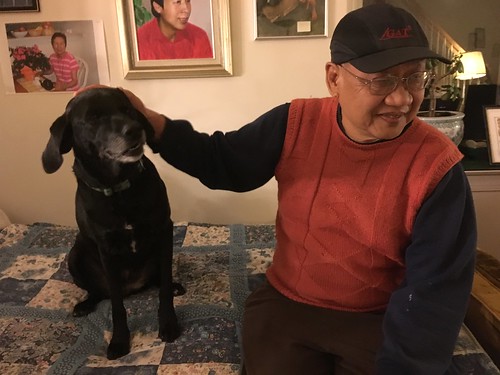 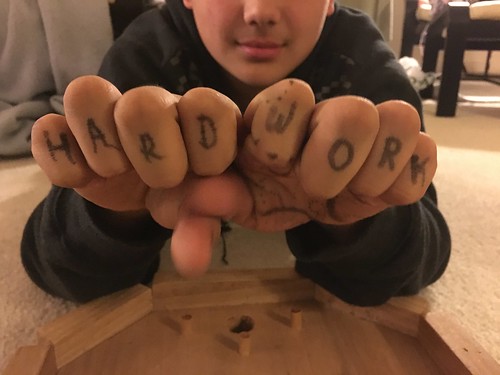 Two turkeys are defrosted and in the fridge.  Jeremy pre-carved them.  All the dark meat together, all the white meat together and wings in another tray.  We’ll see how this approach goes.  Jeremy likes making the turkey differently every year.  This is not the year of the beer can turkey. 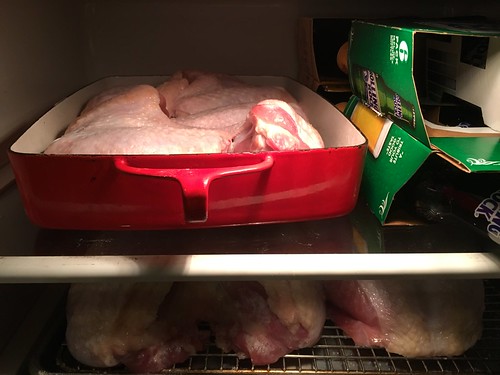 The house is getting rearranged. 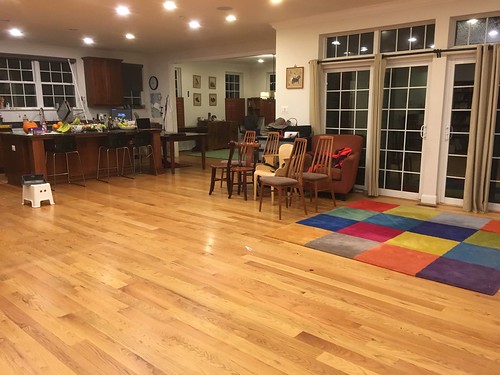 Some things get their yearly cleaning or maintenance.  Like this wooden table we bought in downtown Palo Alto when we were first married and were stupidly confident that we were done buying and more IKEA furniture.  The coffee tabled got a layer of oil, you can almost hear the pores in the wood sighing with relief against the dry weather. 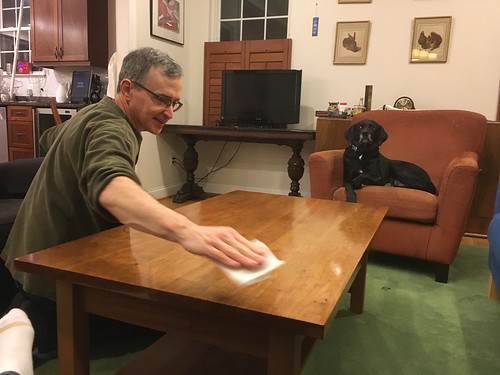