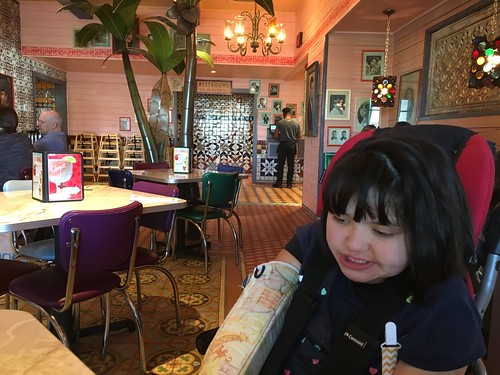 I am exhausted.  My ability to pull together any sort of sustained, focused effort has been pretty much obliterated.  I’m heartbroken and discouraged.  Yet, the world continues on, and I with it.

Edda has half days on Thurs and Friday, but only because she’s in middle school.  If she were in high school – like Vince, she’d have a full day.  But because she’s the only middle schooler in her aftercare, the aftercare was only open the regular hours 2:30 to 6:30 pm.  So I picked her up from school at 12:30 (had a quick teacher conference (everything is going very well, Edda is having a very nice time)) and then we went to Chuy’s – a Tex-Mex place that we used to go to all the time in Austin, but now is opening branches all over the place, including Rockville.  It opened a few weeks ago here and I thought that the day after Ruby’s passing, I’d do something Austin-y and fun in honor of her birthplace. 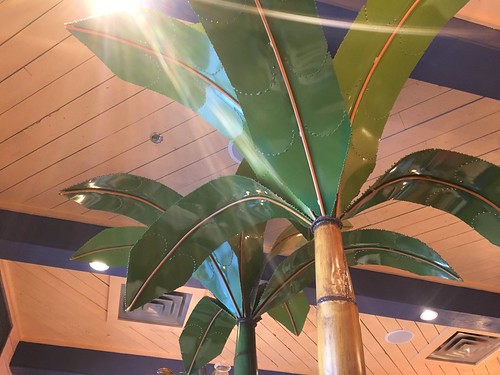 Edda and I shared lunch (because I think she already had lunch at school).  The chips and salsa was exactly as I remembered them to be back in the early 2000s.  I’d forgotten what I had used to order, so I got some enchiladas and a crispy taco.  I saw the chuychanga on the menu, but didn’t order it.  And they had a lot of palm trees as the decor (are there palm trees in Austin?  or in Mexico?  OK a little cultural appropriation (?) here – when I see palm trees, I think LA.  When I think of Mexico, I think sombrero. When I think of Texas, I think BBQ or George W. Bush whacking weeds at his ranch. When I think Tex-Mex, I think melted cheese.)

It was fun and yummy, and at the end of the meal, some lady in a suit took over from my regular waiter and cleared our plates.  She asked if I had visited a Chuy’s before and I said yes, I used to go to the one in Austin a lot.  Turns out she was from the corporate office in Austin and then gestured towards to the Chuy’s CEO was around the corner saying hello to all the patrons.

She asked if I had enjoyed my lunch and I told her that I loved this Rockville location and it was exactly the same as the Austin location, but really, it was not really the same because it’s in ROCKVILLE and not next to Barton Springs.   And also this corporate lady told me now there are like 60 (?) Chuy’s all around the US…  The lady told me they were planning on opening 16 (! crazy) in 2017. 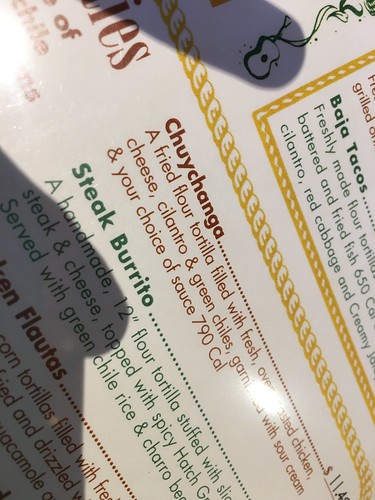