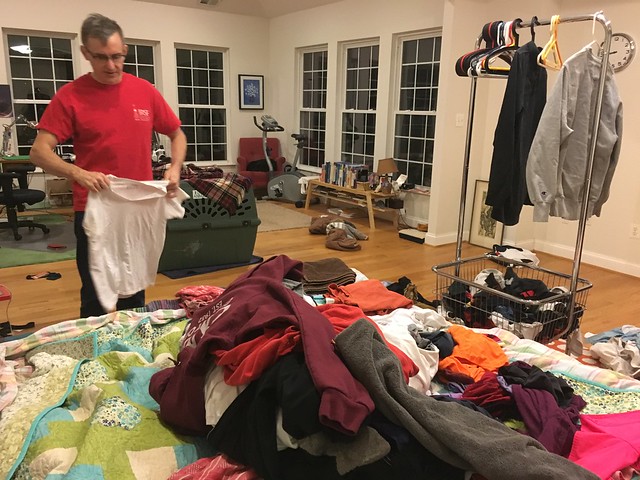 Sexy laundry folding.  Rawr.  I spent 45 minutes today listening to the Radiolab podcast about CRISPR, the new gene editing technology.  I’ve been avoiding learning about this because it’s a little scary and it makes me feel old – like science is just passing me by and I’m not there in lab with pipettes.  But then I remember that research is boring and tedious even when it sounds exciting in a podcast.  CRISPR is a cheap, accurate way of slicing out any specific little parts of DNA anywhere in anything that has DNA and then replacing it with any specific other DNA sequence.  They are curing muscular dystrophy in mice, they are slicing out Huntington’s disease genes.  It’s not completely inconceivable that in 15 years they could edit the errant gene out of Edda’s DNA sequence.  What would happen then?  Would she be able to learn to talk?  Could she learn to read?  Maybe she could.  That would be exciting.  I’m hoping that happens in my lifetime.   I suspect that learning those things would be hard for her even if all the MECP2 genes were turned on right now – like trying to learn piano when you are 45 – you could be competent at it, but never truly fluent.   Those muscular dystrophy mice weren’t exactly “cured” but they were able to get steadily stronger and put on muscle they weren’t able to before.  They are working on gene editing for embryos (there are various ethical issues) – I wish I could be around to see this, you could really start engineering people for advantageous traits.  I don’t think Vince’s kids will have to deal with this, but maybe Vince’s kid’s kid’s?  Anyways, it’s about time I read/learn about it because JLo knows more about it than I do (probably) as she’s about to produce a TV show called C.R.I.S.P.E.R.

It’s nice to have a strong teenage boy in the house to move heavy appliances. 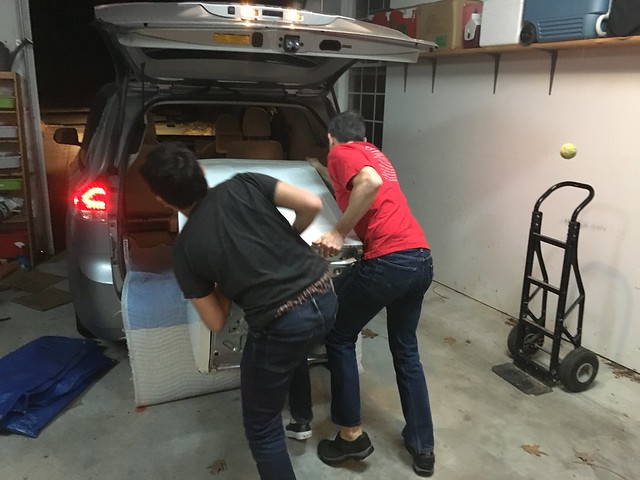 I twisted my ankle today running full speed and stepping into a gopher hole.  For a moment, I lay on the ground and tried to assess without moving any part of my body whether I was OK or not.  Then I let go of that thought and stared up at the blue sky for at least a few moments and cursed the damn gopher.  Thank goodness I was only 200m from the car. 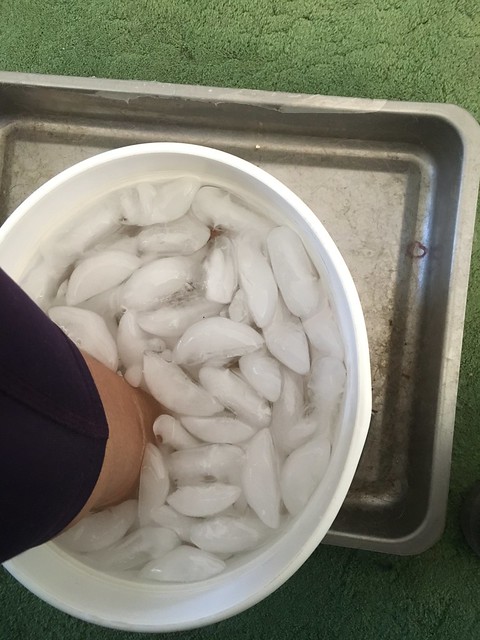 Vince helped watch Edda this afternoon while I did some work.  “Taking care” of Edda involves putting her in a scissor hold on her bed apparently. 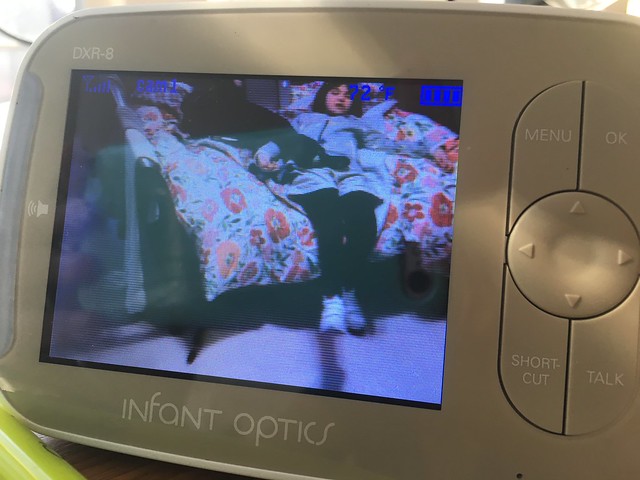 Bette was elected to Riderwood’s Resident Advisory Committee.  A tough campaign – 10 candidates for 5 spots.  We celebrated with a box of chocolates. 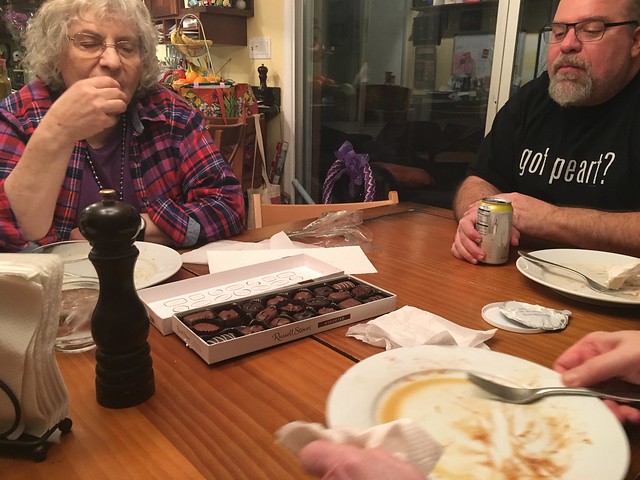