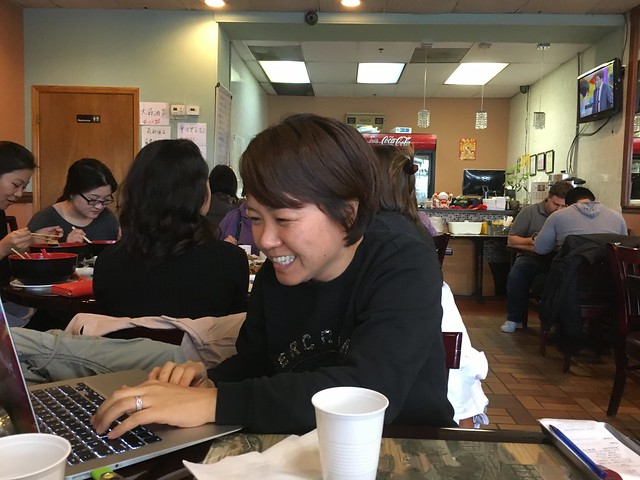 I met up with my friend Kate for lunch.  She was in my community health clinical last term and graduated in December.  She was kind enough to give me both the textbook & study notes for my last class that I’m taking this semester – leadership.  Things have changed since I started nursing school three and a half years ago.  When I started, you could get a hospital job, train with an experienced nurse for 6-8 weeks and then they would send you out on your own. My initial plan was to do the 6-8 weeks and then go to part time as fast as I could (a shift a week) and maintain my current job full time.  Now, in an effort to better train their nursing staff, many hospitals are establishing residency programs which are training programs for a full year and require full time status.  Kate is starting the residency program in a couple of weeks at Shady Grove and I wanted to hear the inside scoop.  I’m trying to figure out how to combine both my current career and the nursing career into something like 1.35 careers.  I can not work 2 full time jobs.  It will take me some time to figure it out.  I love school.  I could go to school forever.  Work is something else, especially hospital work were it involves weekend and holiday work (two Saturdays and two Sundays a month for everyone).

Tonight, the boys had to get back out the door by 6:45 pm, so I made my good old lazy dinner standby, chicken patty sandwiches and tater tots.  With Martin’s potato rolls. 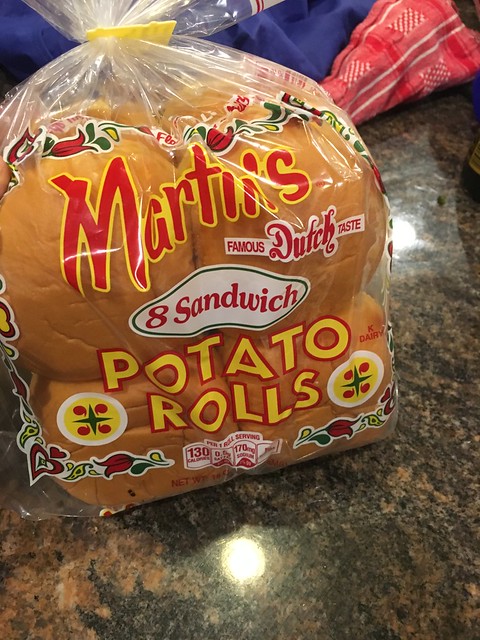 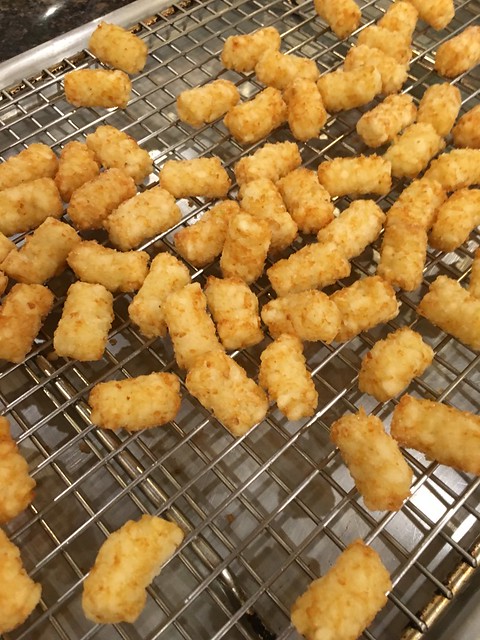 Today I did this:

Today’s action. Critical.
Getting Steve Bannon off the NSC may be the most important action we take. Looks like his appointment isn’t legal. CALL RIGHT NOW to urge the Senate HS Committee to push back.
CALL THE SENATE COMMITTEE ON HOMELAND SECURITY:
202-224-4751

Staff are saying each call matters. REDIAL till you get through, voicemail is full. You can also send an email to the Senate Committee on Homeland Security & Gov’t Affairs (see comments for link).
SCRIPT:
I’m calling because Steve Bannon should NOT be allowed to sit on the NSC. Any appointee who’s not at cabinet level must be Senate approved under US Code under Section 3021(a)(6) I’m calling to urge that the Senate Committee on Homeland Security represent their constituents faithfully by upholding that rule of law.

I’m trying to figure out what to do with the DeVos nomination, it’s close.  We have 2 Republicans, we need only one more.  VanHollen & Cardin are already voting no.

I have the luxury of everyday going to work and, if I don’t want to, I don’t have to at every moment think about the incredible free fall that the US has found herself in.  But Jeremy doesn’t have that luxury.  While everyone else is distracted about how we are pissing off Australia (really?  how is that possible?) and how the Terminator and the President are in a Twitter war, Jeremy is trying to prevent years of environmental work from disappearing with just an hour of deliberation. You can read about it here (I think he worked mainly on #2).  He sighed this morning as he left for work – we are losing and we are losing fast.