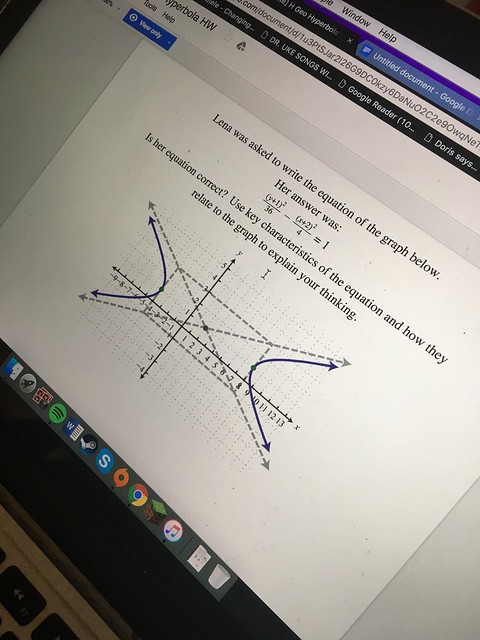 Vince is working on hyperbolas this week.  I’d forgotten what hyperbolas were and Vince initially called them hyperboles which is confusing because hyperboles are usually not found in math.

Edda had a nice day and was very smile-y at dinner tonight.  Jeremy usually doesn’t wear his chef outfit on a weeknight.  But maybe the roast chicken called for it?  Not sure. 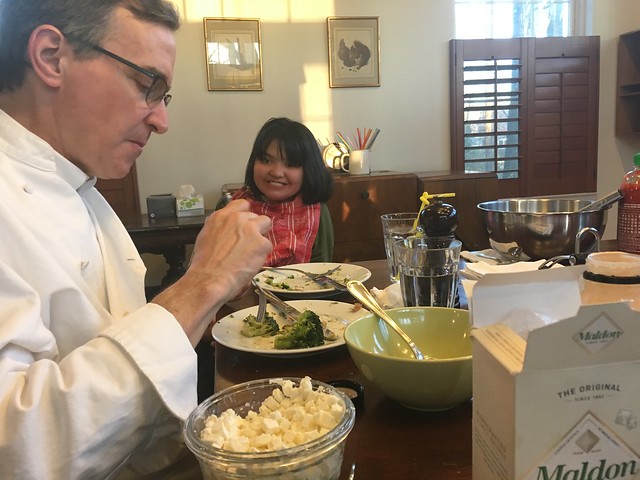 I miss three weeks of quilting and they’ve already done so much sewing!  It’s very brown. 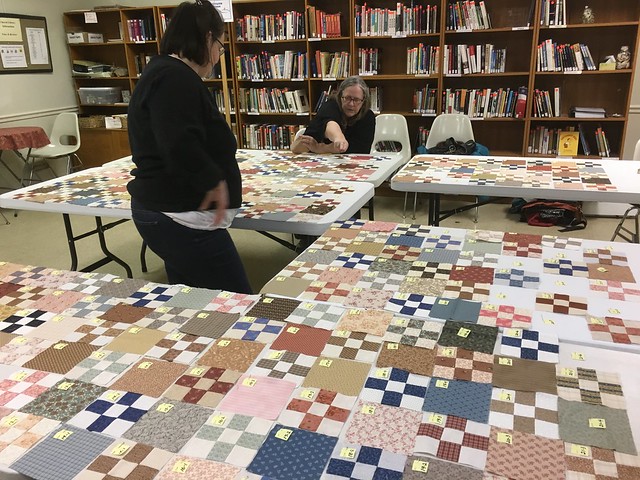