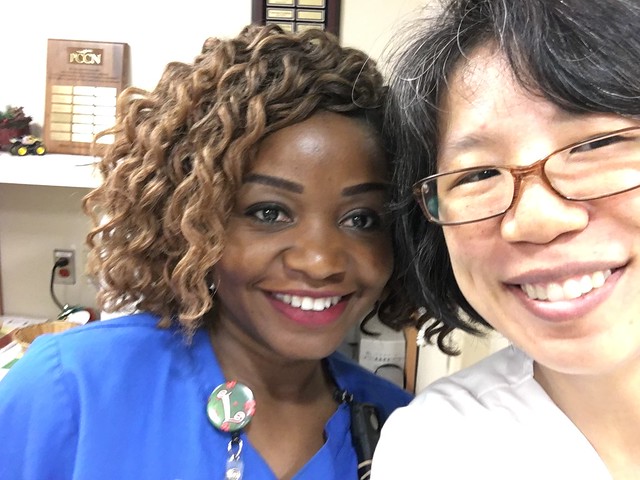 Friday I did my last clinical shift for the week and said goodbye to the floor and my two preceptors.  For this last day, I did get to see an interesting cardiac case where the nurses did a cardioversion on a young patient who was in a sustained afib-rvr rhythm (her pulse had been at 180 for hours) by administering ibutilide after a cardizem drip was not successful.  The first dose of ibutilide – nothing – though you could see on the heart monitor her heart trying to find the regular rhythm, a couple of normal beats and then back to the incredibly fast heart rate. Ten min later, halfway through pushing the 2nd dose into her IV line, her heart flipped back into a normal sinus rhythm, and we all looked up at her and asked how she felt and she said, I feel great.  Later that day, we went running into a room when someone’s monitor also read a heart rate of 180 only to find the patient totally pissed off at her phone and yelling to her friend in the room – he can’t disrespect me no more!  I gotta block him, how do I block him?  A few calming breaths were all that were needed to bring her heart rate back to normal.  I did not know you could get yourself that worked up to send your heart rate into the 180s.  I had a good time on the floor, busy and interesting.  I had my two preceptors who were great to me, Liz & Celine. 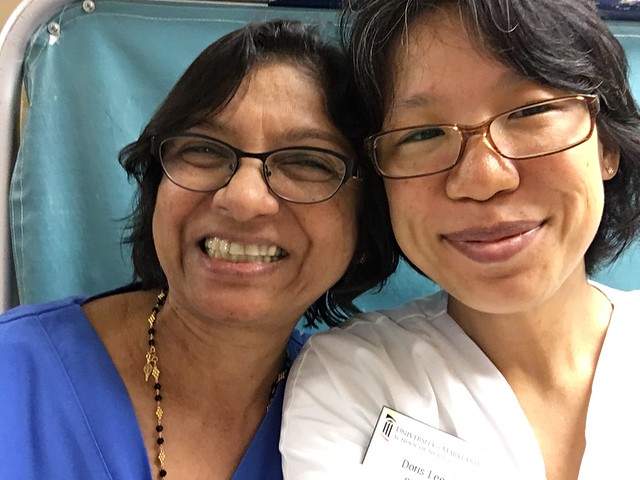 Kiki’s in town for the climate march.  We’ve been prepping Vince for it for months now, he had to make it to DC for something.  Appropriately, it reached 90 degrees today at the White House, about 20 degrees hotter than it normally is at this time.  Edda and Kitachi were at home in the air conditioning, but the rest of us went out to march! 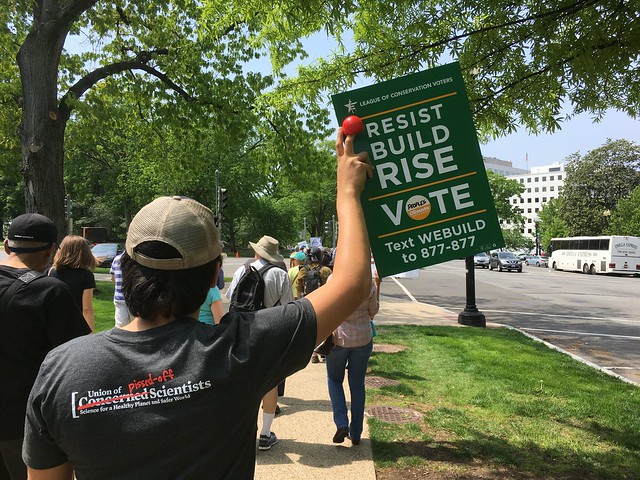 Jeremy’s work folks were out in force wearing their Stand Up for Science shirts on the front and Union of pissed-off Scientists in the back.  Beaker was making the rounds. 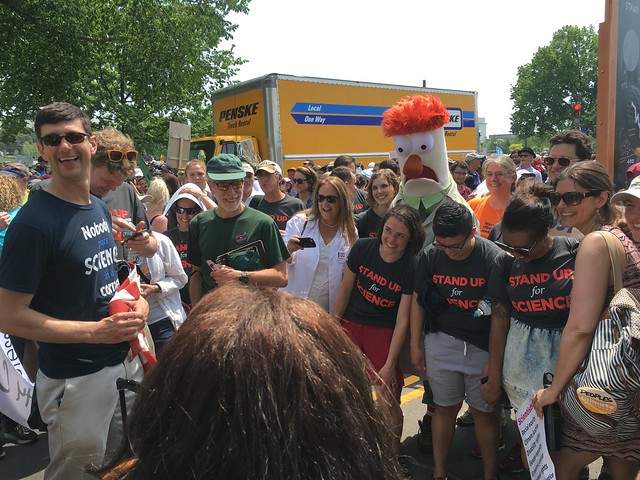 Vince got a selfie with Bill Nye the Science Guy.  Vince was really excited, this kind of perked him up for a while. 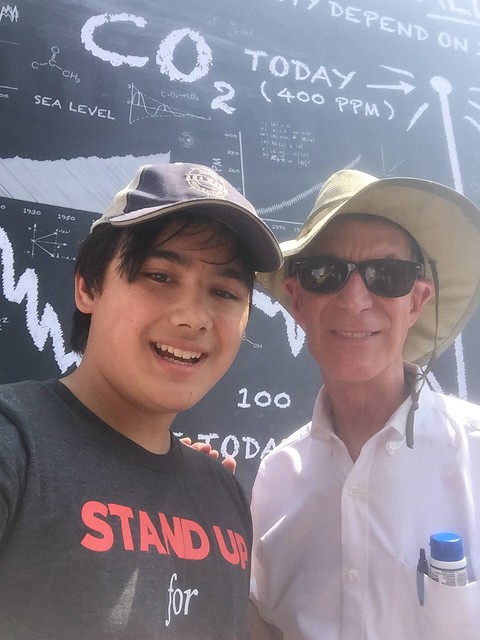 We got to 13th street and we were hot and tired.  We needed a break.  It was a nice march though, lots of people, lots of chanting.  Booing as we passed the Trump hotel. 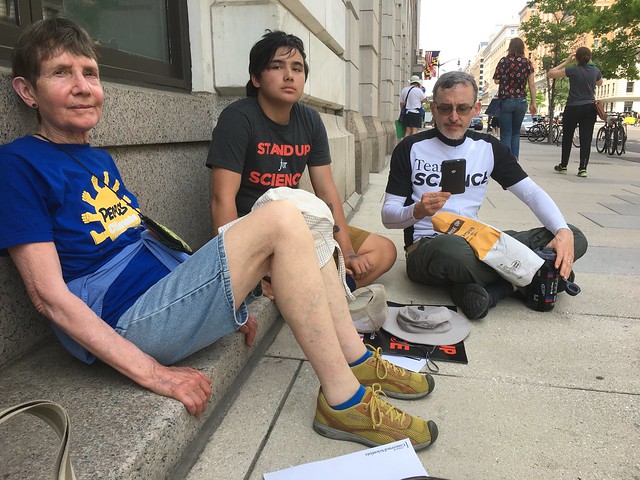 Chris and Grafton came over for dinner.  Vince can’t wait to play water balloons with Grafton all summer! 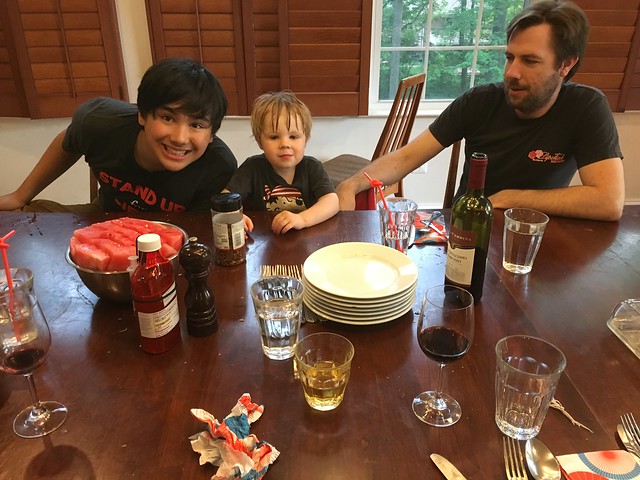