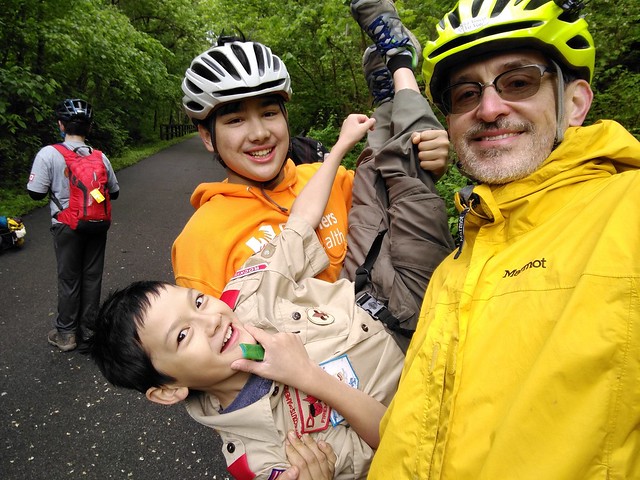 Got some photos from Jeremy from the weekend scout campout.  It was forecasted to rain all day today, but the boys lucked out with cloudy, cool weather.   They biked about 25 miles as a troop and Jeremy then added on a 2nd ride for himself in the afternoon while the boys were minded by other adult chaperones. 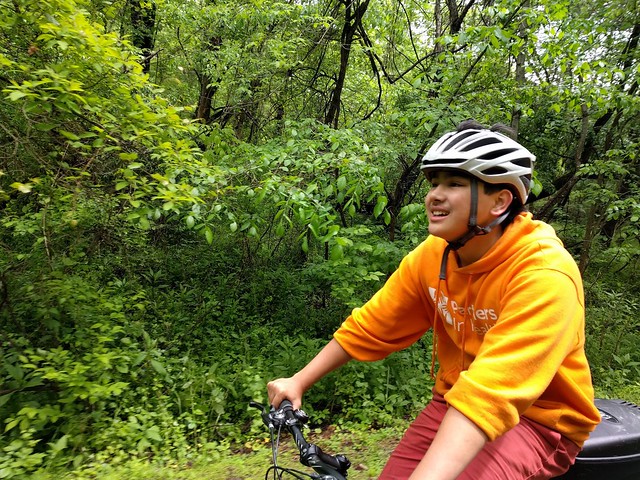 After the last campout, where I observed a breakfast of pop tarts and a  dinner of cup of noodles, I asked Vince if maybe he’d like to grill some burgers for dinner or maybe make a bacon, cheese, egg muffin sandwich for breakfast.  This is to a boy who I find in the kitchen late at night mixing all our spices together to make a marinade or who has made the “most delicious sandwich” of a perfectly poached egg, a made from scratch seasoned mayonnaise spread, avocado and melted cheese on a toasted challah roll.  Vince, at first, was a little bit miffed that I would suggest they give up their beloved Pop Tarts, but in the end, he did decide to make fajitas and breakfast sandwiches.  Here he is cooking on an open flame. 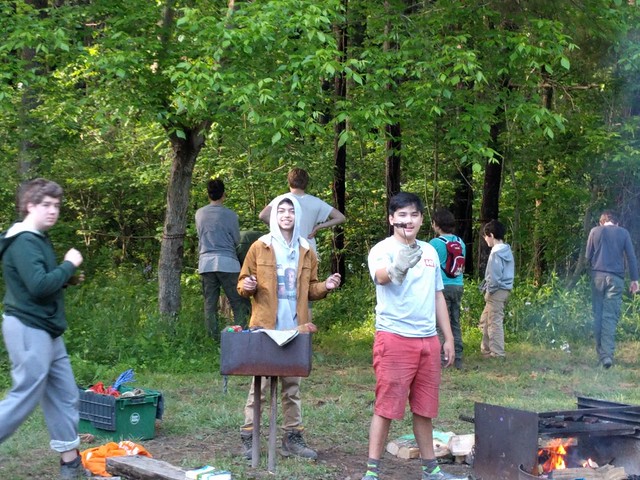 While Jeremy was out camping, I made an appearance at a local (in the neighborhood) Common Cause fundraiser.  Normally not my jam (not meaning that don’t agree with CC, rather meaning that I’m awkward at various events where I have to maybe make small talk about politics and I find it all impossibly impossible), but Jeremy wanted to go support his pal Tom Moore (and I guess he’s my pal too) and couldn’t because he was out biking and asked if I would go in his place.  Actually, Jeremy did not ask me to go – he just let me know that it was happening and let me infer from his letting me know that he was asking me to go.  “Not that I’m telling you what to do with your weekend,” says Jeremy.  lol. 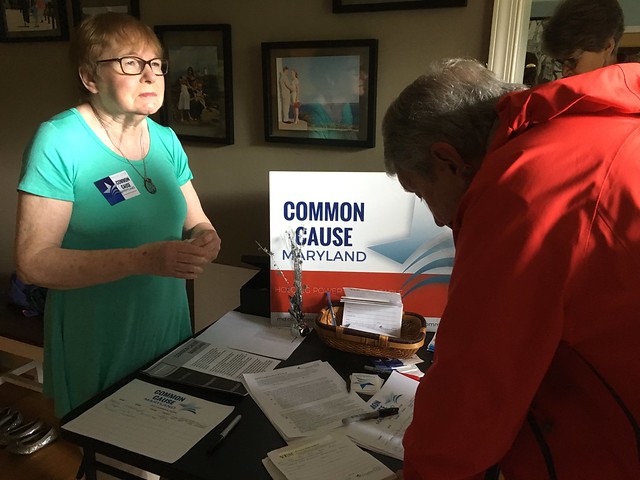 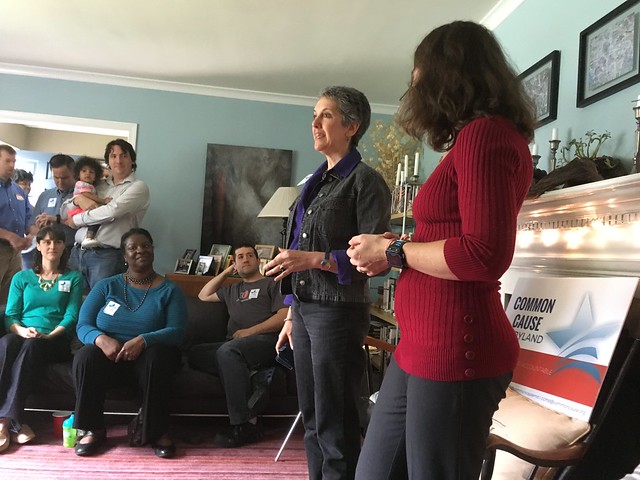 Jamie Raskin showed up, our Congressman who took over Van Hollen’s vacated seat. 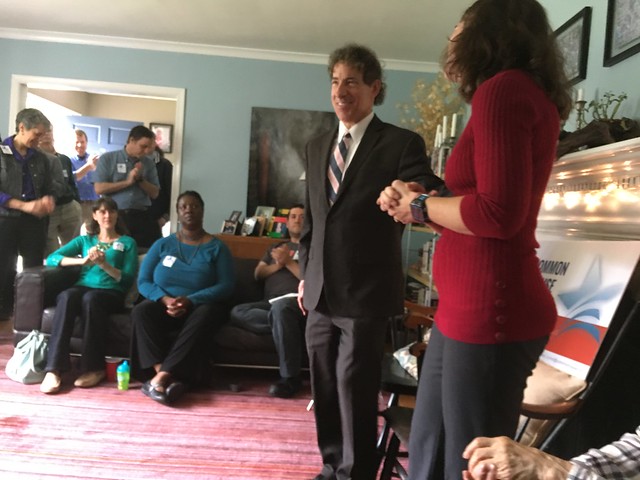 I saw my beloved Ken Sandin who is working on single payer insurance advocacy. 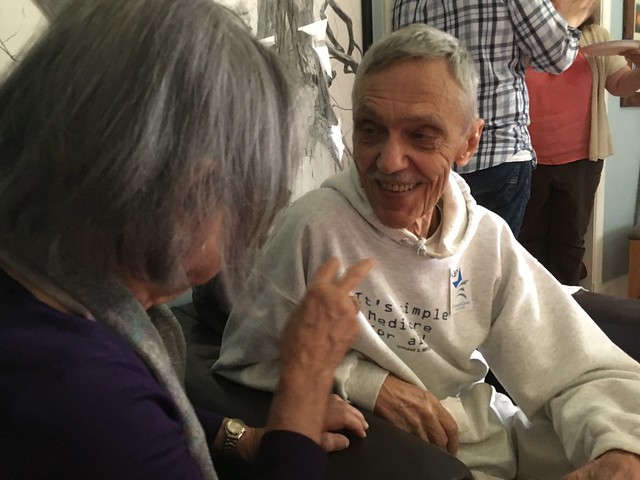