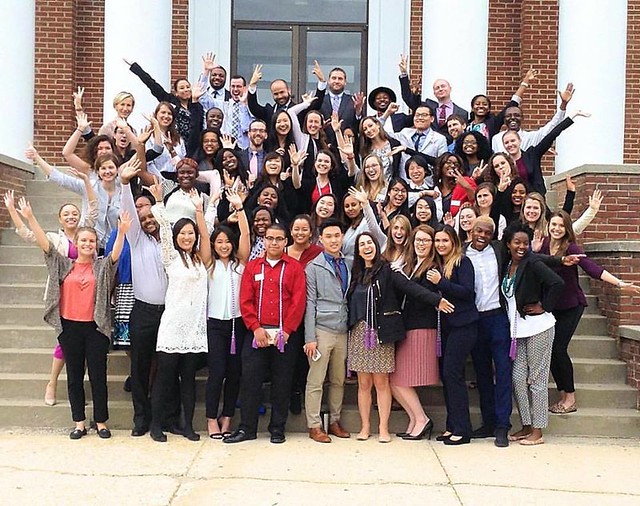 They posted a goofier picture on the Facebook group and I think, true to this cohort’s personality, that it’ll go on the official wall of graduates. I am overcome with this need to put everything down for a few days, to take long naps in a warm patch of sun, to read crime mysteries in which the bad guys get caught and good guys win in the end, to eat simple meals and to sleep 10 hours a night, but it’s not happening and I’m not really sure the next time it will happen.  I say a few days, but I think a week is really the shortest time possible to totally unwind and relax back into a fully calmed person.   No, I do not want to go to Paris, glamping, see the northern lights, fight for a reservation at Pineapple and Pearls, or the exhibit down at the Hirshorn.  I want to rest and reduce my concerns to that of a baby in her mother’s arms – am I warm? am I clean? am I fed? have I napped? have I been hugged?

Edda stopped eating on Wed night. That was the day I took her to Children’s Hospital for the pre-op consult and a pediatrician there did look at her throat and noted that it was a little red, but nothing significant.  By Thursday night, the poor girl was both constipated (from the iron) and not eating from her sore throat.  Jeremy took her to the doc on Friday and by then, her throat was angry with inflammation and pus.  She stayed home that day and she’s slowly regaining her appetite.  Vince was out with friends on Friday (as a side note, I think I’m being shoved off my pedestal at the most important female in Vince’s life as we speak) and Jeremy made me liver & hard cider for dinner – a dinner that I enjoy, but really not possible to be served to any guest who populates our table most nights of the week.  Edda enjoyed some of the hard cider.  She had about an inch of it before she frowned and told us – this is kind of good and kind of weird at the same time. 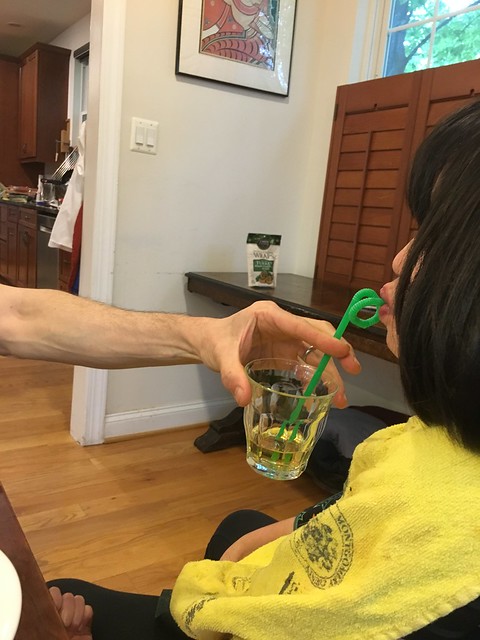