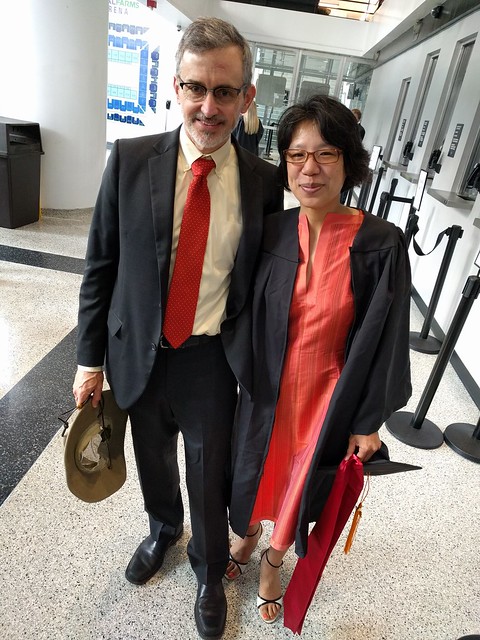 Originally in the fall, I had scheduled Edda’s surgery for today, intending to skip the nursing school graduation.  There were many reasons to skip the ceremony – it was all the way in Baltimore, it was really early in the morning, I hardly know anyone well, and it’s just one big hassle.  But Jeremy gently insisted that we change the surgery date and go to the ceremony.  He said that we needed to celebrate the finish of this project of mine that started 7 years ago.  We left the house at 6am and didn’t get back until 5pm – there were two ceremonies, a nursing school one and then a UMB one which combined all the professional schools – law, medicine, social work, dentistry, etc… 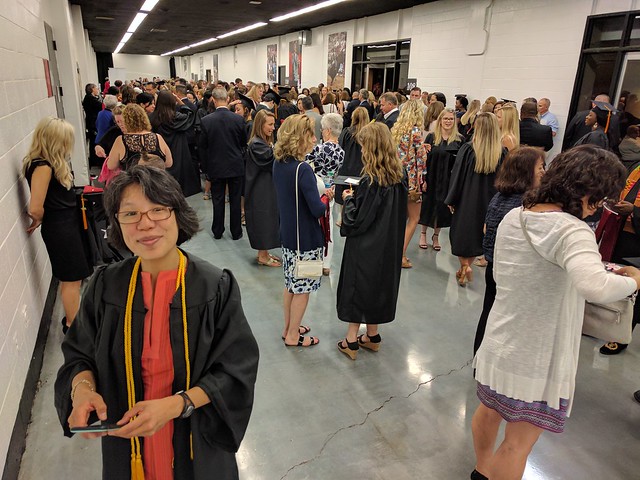 I was lucky to have Jeremy sit next to me during the whole nursing school ceremony as he was my “pinner”.

A few pals – Jeffrey who insisted on pinning himself. 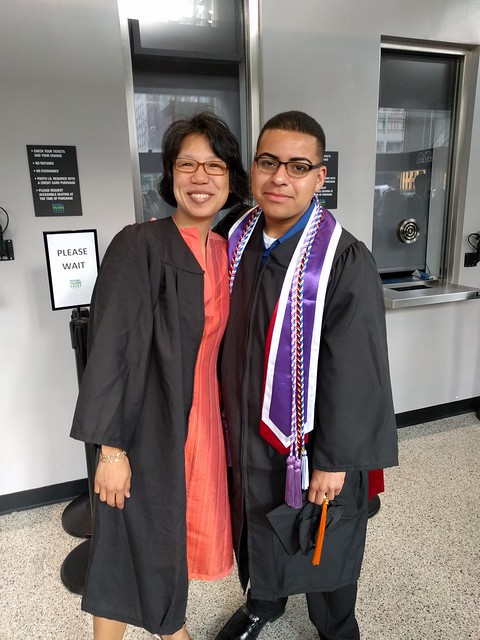 Nan – who had to explain all his cords to me. 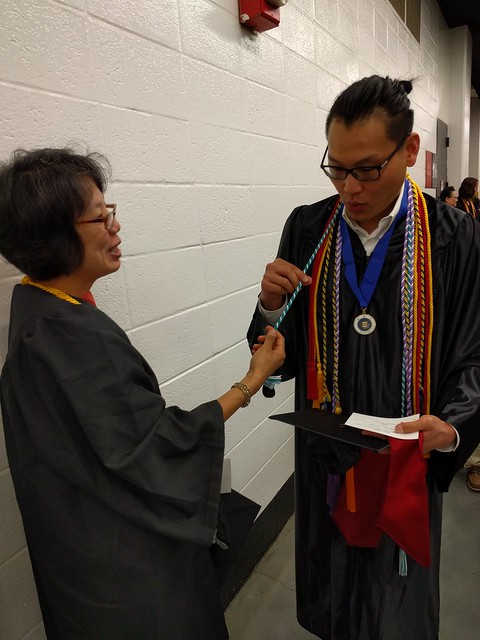 Last friday, when my grades were finalized for my senior practicum class, I sat down and calculated out what I had gotten in the class.  I knew I was cutting it close on the A/B line, but I didn’t want to stress out about it too much, so I wasn’t tracking my grades very carefully.  As I worked out the calculation, I realized that I had cut it too close this time and I ended up with an 89.46%.  Argggghhh.  Crap.  I needed just a single extra question right on an exam.  Oh well.  I didn’t email the professor to bump it up, I didn’t comb through anything to see if I could get an extra point somewhere, I just let it go.  I thought maybe I had a chance if they rounded in a non-traditional way, but I let that go too and I checked the final transcript days after that and saw that indeed I had gotten a B.  But then last night, while I was grocery shopping, I got an email from Crystal, my prof, to tell me there was some clerical error on the grades and that I had gotten an A instead of a B and that she’d resubmitted the paperwork to the registrar to change the grade.  cool. 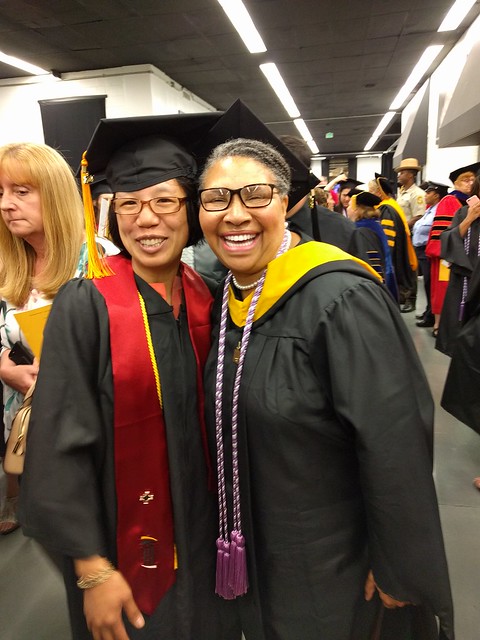 And I got a camera from Jeremy as a gift, but I’m hesitant because I’m not entirely sure I’ll use it instead of my phone. 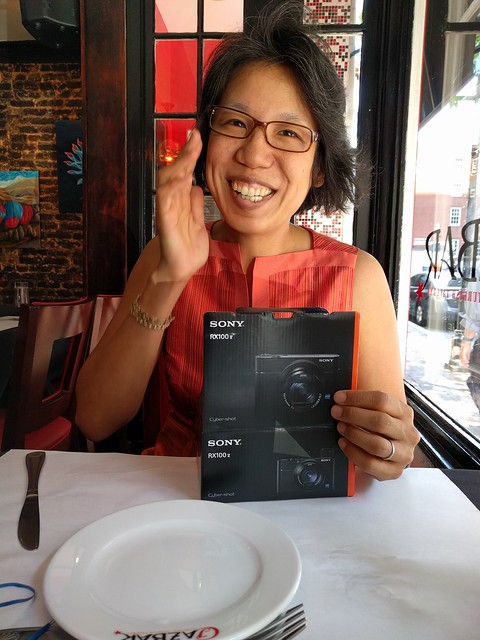