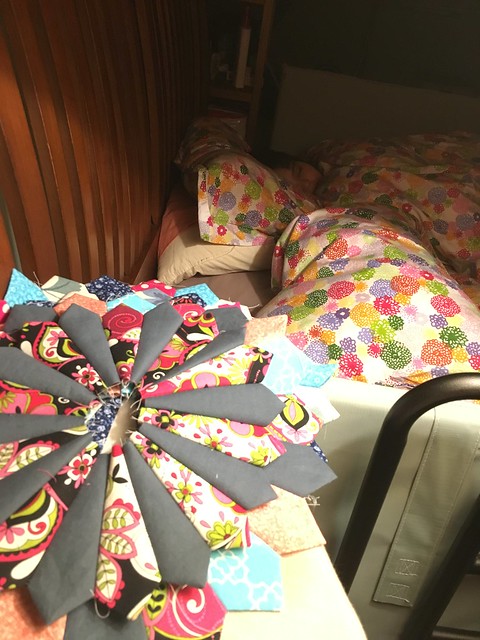 I’m quilting a lot, making these Dresden plates (flowers).  I like to make them as Edda falls asleep at night.  I enjoy the quilting more when I’m using it to procrastinate from something else I should be doing.  So I’m enjoying quilting less now that I have a lot of free time.  Does that make any sense?

I did cook dinner tonight, I’m attaching these photos of proof.  I can cook!  I can.  But I’m so much less good than the boys.  I’m better than Edda, but that seems unfair as she can’t hold anything in her hands.  Sometimes I lament that at almost every evening meal, there is a “guest” – meaning one of Edda’s caregivers or sometimes we’ll have houseguests or Vince’s friends or my parents or Jeremy’s family.  Can’t we ever have a dinner just us?  When there is someone else at the table, I do feel compelled to present a proper dinner with place settings and doling of served food from a common dish when my nature might be to make a sandwich and eat it over the sink and to give Edda some oatmeal and fruit because I’m tired and lazy.  (Vince was out watching the emoji movie – he reports back that it’s terrible!  Don’t go see it.).   I did have the eating over the sink feeling tonight, but Adriana was here and so I made a simple salad and scrambled eggs with a mushroom, spinach, cheese and bacon crumble topping and toasted a bagel and buttered it.  It was a semi-proper dinner (Jeremy, I think, frowns on breakfast being served as dinner, but I’m an all-day breakfast kind of girl) accompanied by a long, meaningful conversation and Edda laughing the whole time.  It was better than eating over the sink and watching youtube videos.  Why do I think that would be more relaxing and enjoyable? 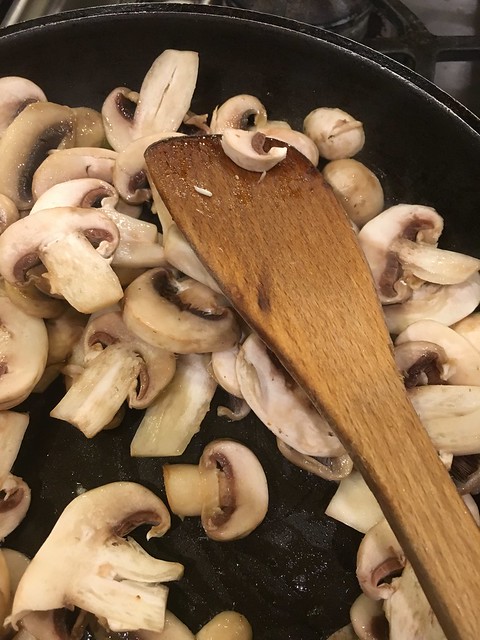 I have been in a foul mood all week, but I can feel it lifting.  I should know this by now, but wrestling with a bad mood never makes it release any faster.  I usually just have to wait.  Jeremy’ll be home in less than 24 hours, I have some weekend plans which involve getting out of the house and talking to people.  I think that’ll be good for me.  I also uploaded all of Vince’s China photos onto flickr.  I’m hoping to get him to post a blog about it soon. 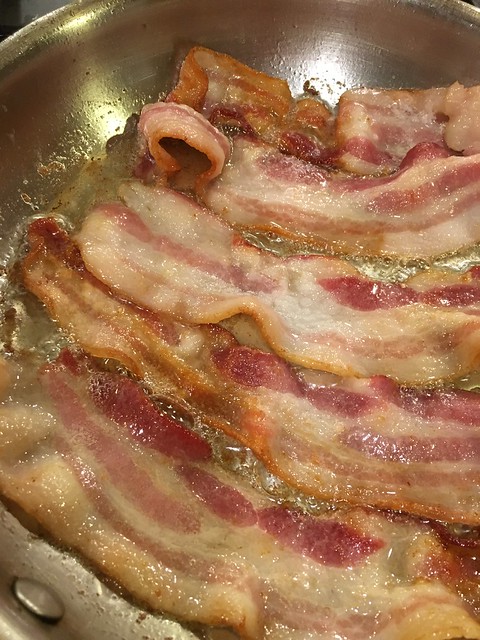