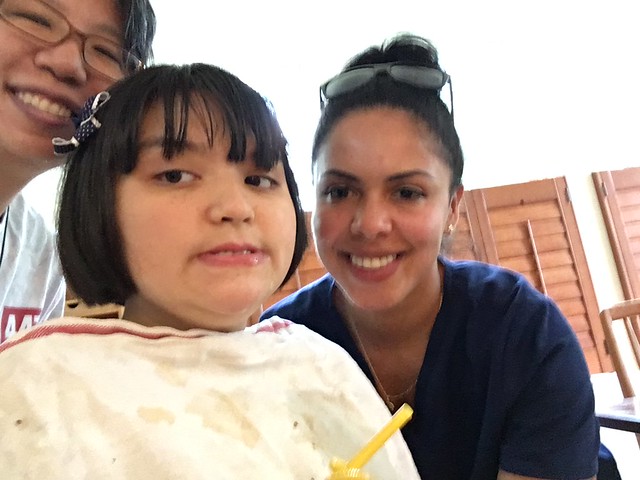 Guess who just joined this f*ed-up country of ours?  Eliana!  We are lucky, lucky to have you.  <3

I indulged in my one fair-food item today – a corn dog.  I could tell from the first bite it was not very good, I watched them take the corn dog from the pile and pierce toothpick holes into the corn crust and refry it in an attempt to bring it back to first-time fried goodness.  I probably should have thrown it away and gone to another vendor (or waited until it was super busy to get a true, first fried corn dog) since I get only one fair-food item a year, but I had walked all the way out of the fair proper and to the boy scout seating area and only had 10 minutes before my next traffic flagging shift, so I ate it. And the mustard was a little runny.  Strange.  I hope it doesn’t make me sick tonight. 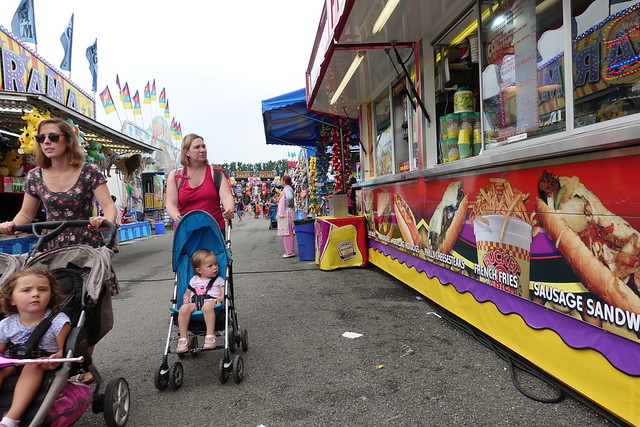 I worked 6 hours at the fair this afternoon, 30 minutes at a flagging station, 30 minutes chilling out on our folding lawn chairs in the shade.  I am not accustomed to being bossed around by my son.  “Mom, could you please work the exit lane in 10 minutes?  Don’t worry, I can explain it to you.”  Huh?  And then 10 minutes later, there is a group yell – “All adults who have been given assignments, leave now to go to your spot.” 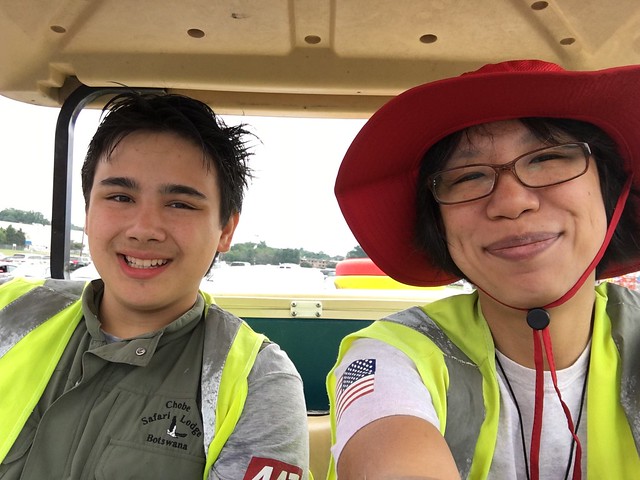 Vince, though reluctant to run for any formal position of power, is apparently showing some leadership talent in this boy-led parking endeavor.   Who knows where he got it from.  I think neither Jeremy nor I have this particular thing that Vince has.  He’s even tempered, outgoing, helpful and doesn’t seem to be nervous about making a decision.  He can keep everyone in good spirits when communication breaks down or when there is a crisis of some sort.  Parking cars does not sound like a complicated, logistical, and contentious operation, but there is a lot going that I as an adult volunteer don’t even understand.  There are 5-6 kid stations and 4-5 adult stations that have to constantly be staffed in 30 minute shifts.  The kid positions are ranked by experience, the little kids get the easier & safer jobs, the older kids get the more dangerous job of directing cars into spaces.  Kids working directly with drivers end up getting yelled at a bunch.  Vince & company estimate it 1/70th of cars will yell at you. As the lot fills, and it can do that quickly at certain hours of the day, the kids have to decide how to backfill in empty spots to keep the line going quickly enough so that it doesn’t back onto the main roads just outside the fair.  They have to decide how many parking teams need to be deployed and keep track of who is in what position (using the whiteboard and magnetized names) and how long they’ve been working.  There is also a regular water delivery to each station that happens mid-every-shift (hence the driving of the golf cart) and equipment (lights, walkie-talkies) to maintain. 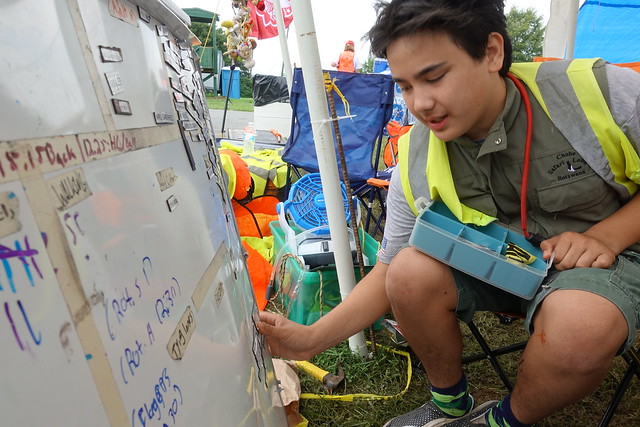 I hear of Vince’s leader-ing only second hand from other parties who are closer to the action, so I made some effort today to spy on my son in action.  Honestly, I saw him mainly laughing at youtube videos, making faces on Snapchat and throwing trash at other scouts.  Though certainly, he did confidently tell me what to do and when.  I’ll try to spy some more tomorrow – my last shift!  Woo hoo. 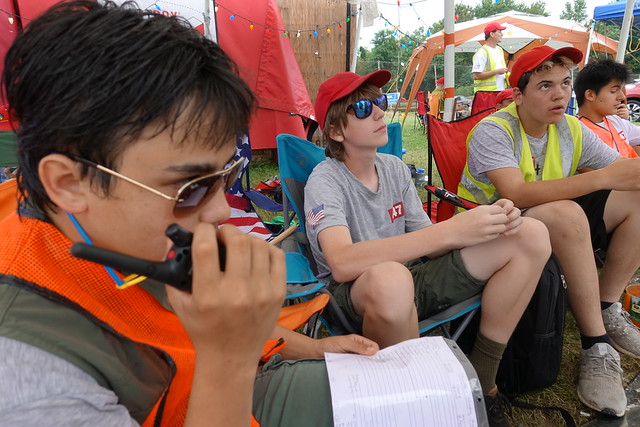 One thought on “US Citizen, corn dog, leader!”