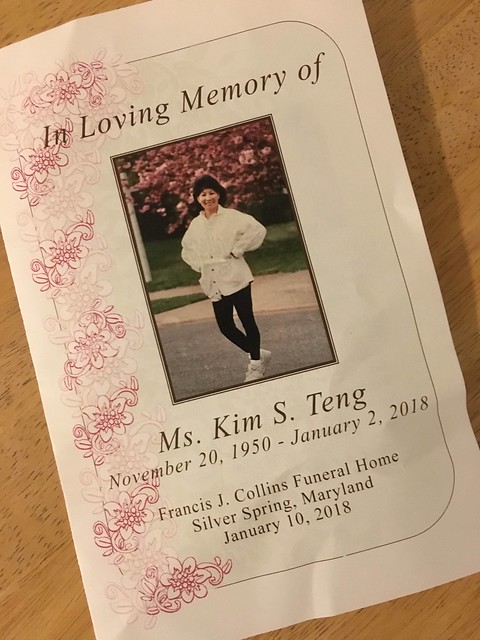 On Wed night, we went to Dara’s mom’s service.  She passed away at the beginning of the year.  We got there a little bit late, but just in time to hear Dara speak about his mother.  It was a very moving service, with monks doing Buddhist chants.  At some moments, many of the people gathered around would join in on the chanting and you could kind of feel like resonant energy deep in your body.  <3

Tonight, we went to New Fortune restaurant with the other 24 host families for the kids coming in late January from my mom’s high school in Shanghai.  We ended up sitting with 3 or 4 teachers from RM who are hosting the teachers of the Chinese students in their homes.  They served an entire 10 course banquet.  From cold jellyfish all the way down to the final noodle dish and then oranges.  I haven’t had a Chinese banquet in a long, long time. 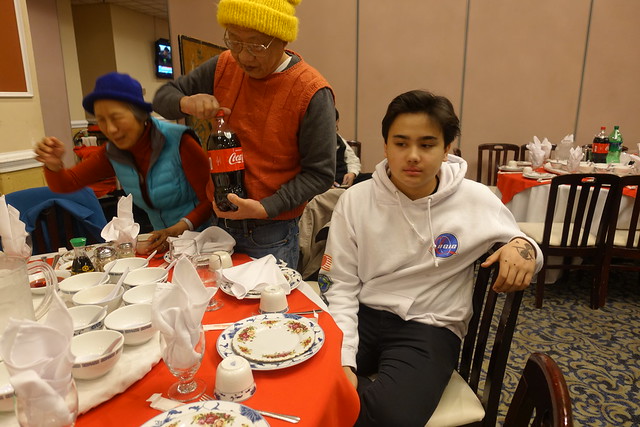 My parents got to meet Vince’s Chinese teacher – Mrs. Poo (though the kids call her by her maiden name – Wang Lao Shi).  My dad was especially interested because he’s Vince’s #1 tutor.  Vince’s sping break trip to China got cancelled, not enough students signed up (I think they need 24 <- that’s a lot). 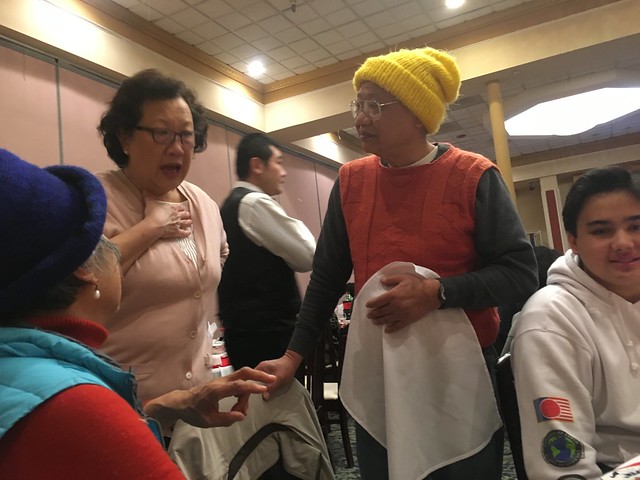 Vince’s MacBook’s screen got damaged.  He insists that he didn’t step on it, drop it, sit on it, or throw it.  We took it to this place called (charmingly) uBreakiFix – it’s going to be almost $500 to fix it.  Jeremy tried to figure out if he could fix it himself, but the parts that you could buy online to fix it yourself got really close to $400.  So then it’s only an extra $100 for the labor.  I think they have to pretty much replace the lid/screen of the laptop.  Oh – Jeremy just clarified, the will just replace the glass part – Vince gets to keep his stickers on the laptop case. 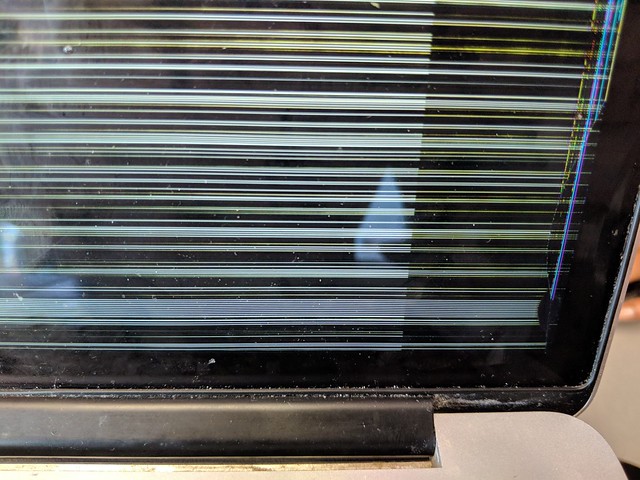