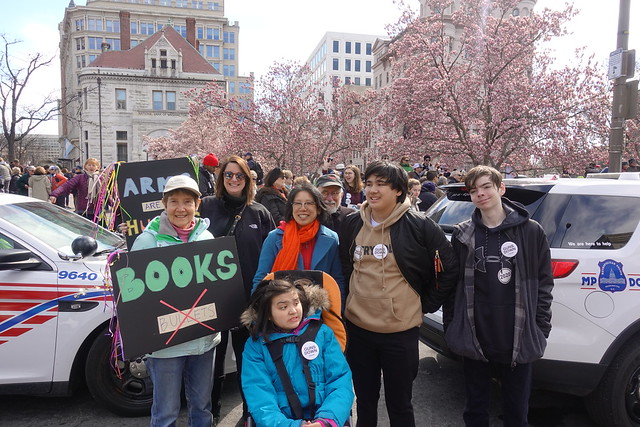 Even up until Friday night, we debated about taking Edda to the March for our Lives rally.  We were going back and forth – the weather early in the week looked like it was going to be on the cold side and because the crowds/Metro were going to be unpredictable, we were leaning towards not taking Edda.  The boys would go with Bob and Katherine and I would stay at home with Edda.  But Saturday (today) is Edda’s actual birthday and so would it be weird if I stayed behind with Edda eating brunch at Founding Farmers just to two of us?  Would I be OK with that and not feel left out?  I wasn’t quite sure.  The weather forecast then started to skew warmer and then on Friday night, Jeremy said – we’re taking Edda, it’ll be fine.  So we took Edda and it was fine.  (Well except for when we got trapped in the Rockville metro elevator on the way to DC for about 2 minutes and thought that maybe our adventure-y adventure would end at the Rockville Metro station even before we started.) We Metro-ed in with Kate and Sam – Vince and Sam were our student leaders – if you look at the first pic closely, you can see they are wearing 2020 stickers – the first election they can vote in. 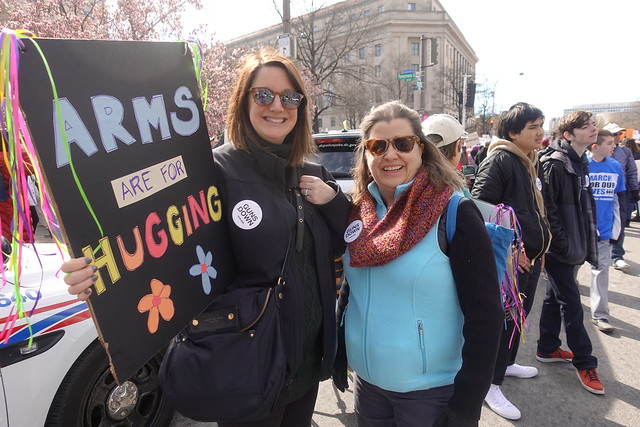 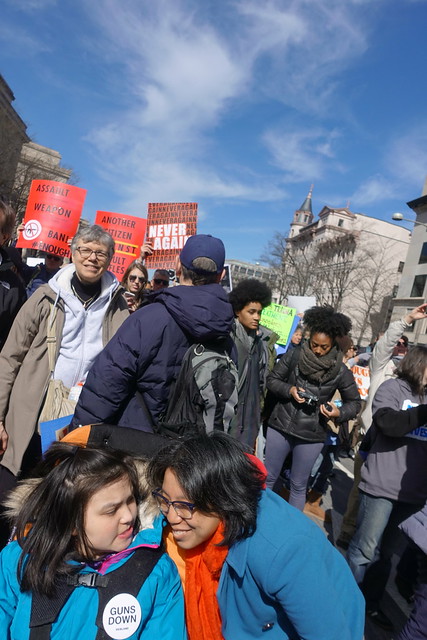 We set forth an early entrance / early exit plan.  We left the house at 9 am, got downtown by 10:30 ish and left the rally at 11:30 am, 30 minutes before the speeches were planned to begin.  Bob, Katherine, Jeremy, Edda and I were part of the early leaving group headed to a Chinese restaurant in Rockville before seeing Kiki and Kappa off to the BWI shuttle.  Vince and Sam went wandering off by themselves at about 11 am trying to get to the front of the rally – they were home by 3 pm. 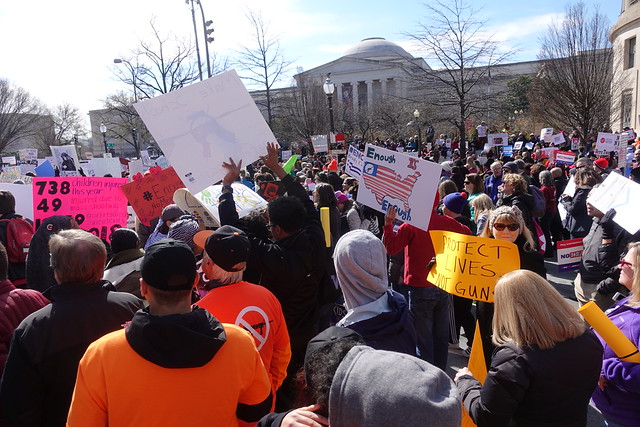 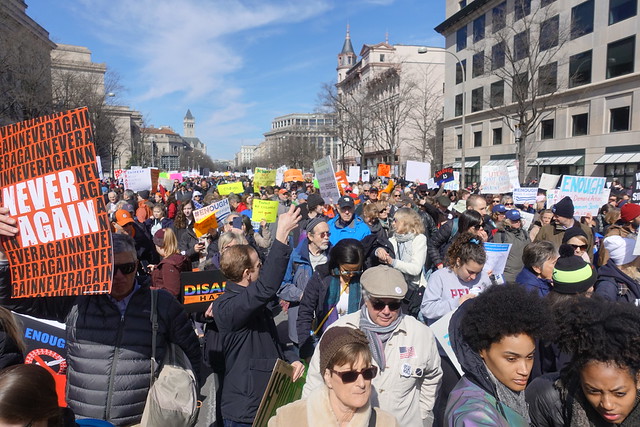 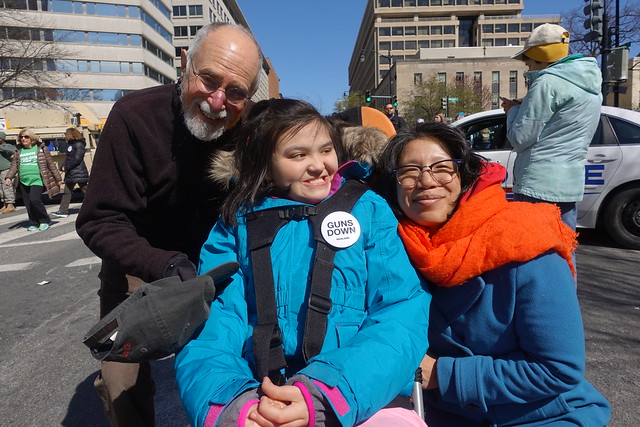 One thought on “March for our lives.”