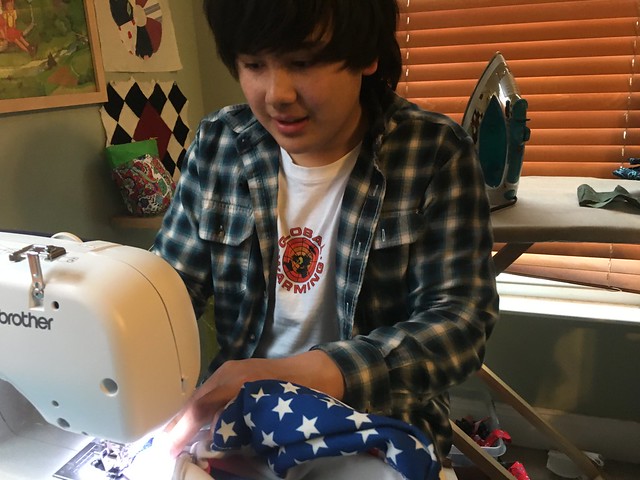 Vince has a friend who wears an American flag fanny pack every day to school and Vince accidentally ripped off one of the straps.  (How?  I do not know.) Vince promised to repair it and brought it home.  A quick whirrrr on the sewing machine and follow through with some needle and red thread and it was as good as new. 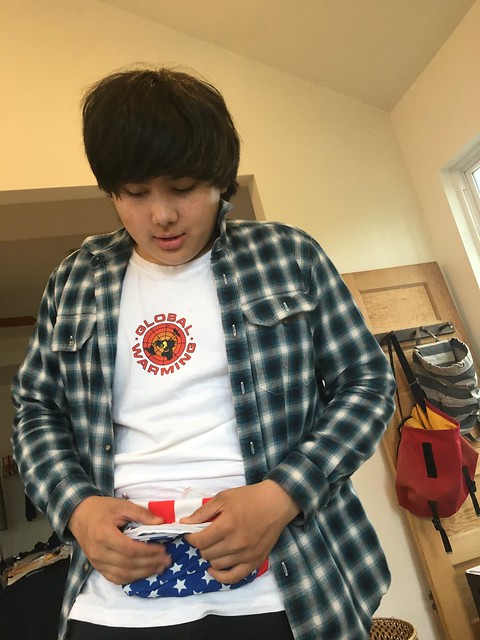 Edda came home with her hair in a tizzy.  It’s in the intermediate state of “growing out bangs”.  I’m afraid I might cave and bring back her Dora haircut, this is just too untidy. 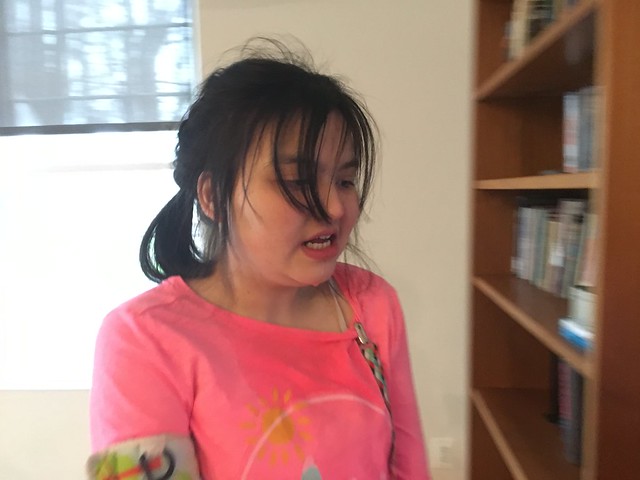 Jeremy’s Bell’s palsy is back for the 2nd time –  this time on the opposite side of his face.  I got a lot texted photos of his face today. 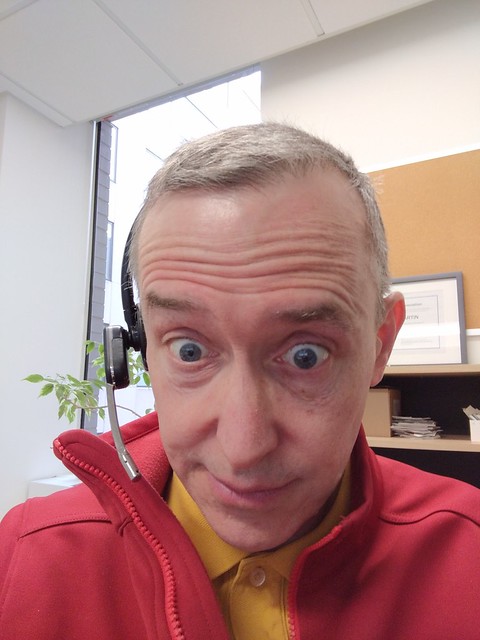 He felt it come on at breakfast, but didn’t quite realize it was BP and made it all the way into work. He called me before he called the doctor and wondered if he should even see the doctor because he really didn’t want to take the course of meds.  I urged him to go (because I’m totally freaked out that he’s having a stroke) and get the meds filled and if he didn’t want to take them, that’s fine.  I just didn’t want it to be 10pm and everything getting worse and him wishing that he had the meds on hand.  The last time we realized it was BP too late for the course of antivirals and steroids, but this time he got his prescription filled less than 6 hours from the onset of symptoms. It’s hard for him to eat because he can’t move his food around well in his mouth, but the main concern for him is his inability to blink.  His big bike race is on Saturday and it will be a pain to have an eye that is stuck open getting dried out and dirt in it.  The only way to lubricate it is to consciously close both eyes together or to put in eye drops which may be hard to do in the middle of a bike race.  On the other hand, he did decide to take the course of the meds, so he’ll be on steroids for the bike ride.  Maybe that’ll compensate for the eye drop rest stop breaks. 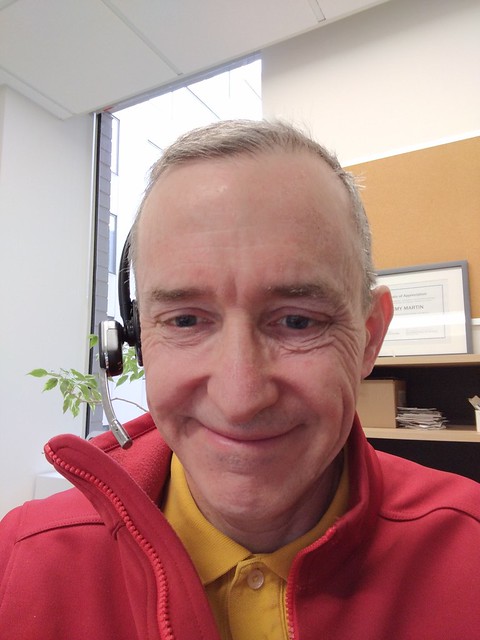