Jeremy’s Bell’s Palsy is fine!  No need to worry about him.  It’s not that bad.  (He wanted me to put this in the blog post today). 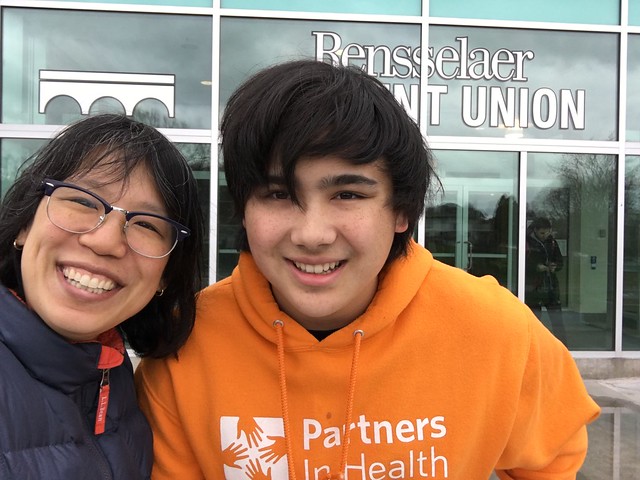 Vince and I left early Thurs morning to head to Troy, NY.  I had arranged for us to attend the 1 pm tour at RPI, and I was trying to figure out what time we should leave DC to get us there at 12:30pm.  It’s hard to use Google Maps in this situation because I feel like it doesn’t compensate for hitting rush hour traffic in Philly or NYC or whatever.  I thought we should leave at 5 am to have time for breakfast & lunch, but we had a fight at 10 pm the night before about Vince’s driving skillz (he had driven us to the gas station to fill up the tank and (I thought) had taken a turn with not enough space between him and next oncoming car) which resulted in him locking himself in the car outside the house and sulking and me cajoling him to get out of the car to pack.  Not a good scene.

Because I had set the alarm for 5 am, my body inexplicably (of course) got up at 4 am and couldn’t go back to sleep.  I went to go get some cash and then decided that I couldn’t possibly wake Vince up at 5 am after the fight and I wanted to let him sleep.  Jeremy came down at 5:45 (regular wake up time for the grownups in the house) and shooed us both out of the house and told us to take the route through Harrisburg (which I did).

Vince got into the car and went promptly back to sleep.  I was completely underslept and I really hate driving long distances, so after an hour, I had to nudge Vince awake as we pulled into a McDonald’s to get breakfast and Coke (for me) and ask him to please keep me company and talk to me because otherwise I wouldn’t be alert enough to drive well.  Vince was cheerful about it and we talked for a long, long time about rap, school, future plans, friends, etc.  Mostly about rap.  I listened to a lot of rap songs. 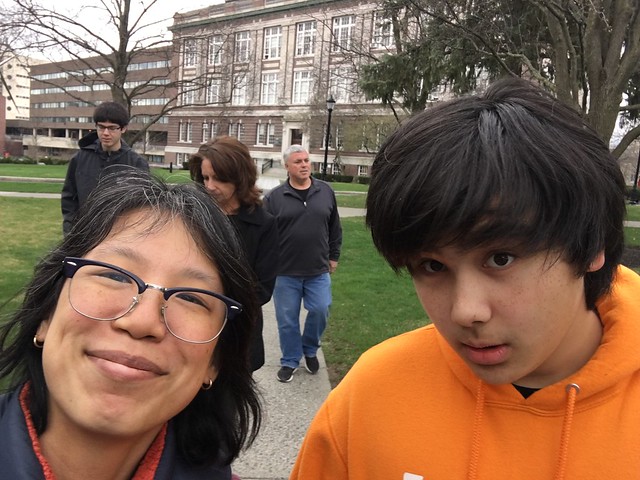 We got to RPI only ten minutes late (we had to abandon lunch) and did the info session/tour.  Lots of women on this tour (as was true of all the other tech school tours that we’ve done), though the ratio is still 70/30. This school is a thumbs up from Vince.  The tour guide was a ChemE junior from Boston.  RPI did emphasize to the parents at the info session that they had a great ROI with starting salaries about 60-70K and that their new IT major had 100 job placement with starting salaries of 120K.  OMG, is IT a major now?  It doesn’t feel quite right, but I guess it’s fine.  IT is no joke, but is it a “field of study”?  Maybe this is how chemists felt when chemical engineering was first offered as a major.  This school feels more reasonably obtainable (though still ambitious) in their admissions requirements, I will not go into stories I have from neighbors/friends with kids with 4.0 & 1560 SAT that have gotten rejected from scores of schools that I would have considered safety schools in in my day.  I do not want Vince’s heart to be set on a single, very impossible to get into school. 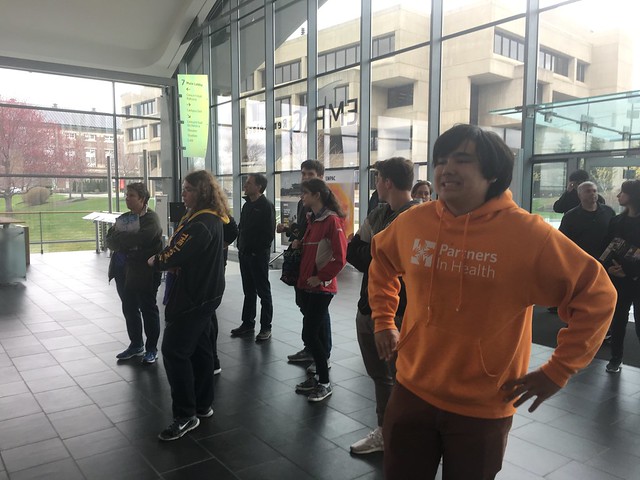 We met up with Josh, Vince’s god brother who is a graduating senior this year.  He took us to his rock climbing wall.  We climbed around – Josh really loves climbing (he learned to climb in Yosemite a few years ago – talk about an intro to rock climbing) and helps run this club/facility.  I think I’m going to climb rocks!  Vince is spending the night with Josh, I drove down to Bard to see Bob and Katherine.  I had a lovely dinner with them and then hung out with Emy and Seth in Tivoli and then went back to Bard where I slept well.  A familiar bed & surroundings, totally quiet countryside, exhausted driver, no children/husband, and no morning alarm.   Wonderful. 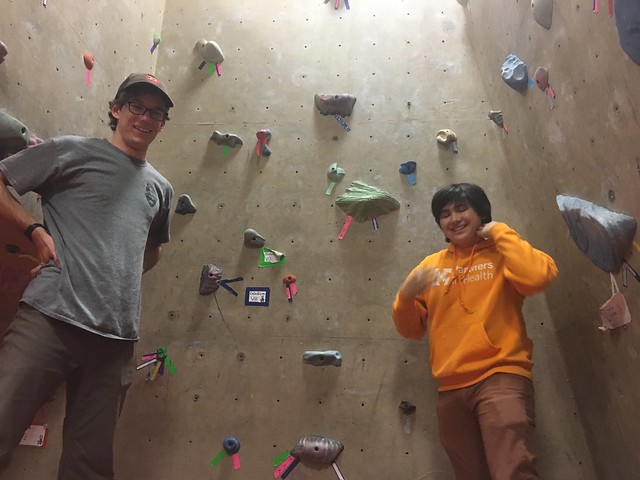 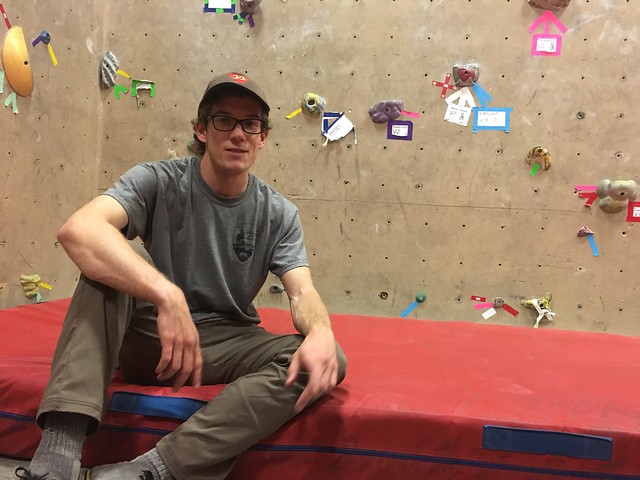