I feel a gentle resistance to doing anything these days.  Do I want to go to work? No.  Do I want to make dinner? No.  Do I want to snuggle with my children? No.  Do I want to go get ice cream? No.  Do I want to answer email? No. But do I do these things?  Yes!  I do all of them.  Well except for the ice cream because, really, I’m not exercising enough to get ice cream everyday. I’m not sure why I feel this way – maybe it’s a whisper of my old old depressive tendencies when I wanted (and did) stay in bed all day unable to face the world (this happened even before Edda’s Rett diagnosis, I think the strongest and most protracted occurrence of this happened in my mid 20s).  Now that feeling is so reduced to the slightest of tugs – I can usually redirect myself into doing what I’m suppose to be doing, though sometimes I do still tuck in under the covers.

Alice is had her scoliosis surgery at JH on Tuesday, so we are trying to entertain Soojung during her long hours at the hospital.  Who’s idea was it to Facetime?  Or Facebook messenger video?

Jeremy spent an unbelievable 63 hours on his bike in May.  1000 miles.  Somehow I had wrapped my head around the 1000 miles, but the time!  So much time!  This amount of time seems to indicate that he spent no time at home this month with me, but I didn’t feel like he was away more than usual. 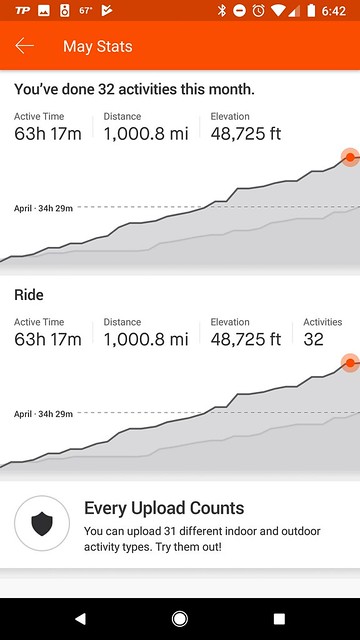 Lyme disease?  No.  It’s cupping.  I can’t believe I had cupping done today.  I found an acupuncturist who takes my insurance and is close to the house (my old acupuncturist is unreliable only in the sense that he is a man of leisure and travels a lot).  I’m trying to fix my injured hamstring (which has been slightly injured for months now), but I’ve resisted (surprised?  I’m not) going to anyone – no physical therapy, no acupuncture (which Paul always suggests), no nothing.  I like doing nothing. But I also like to run, so I reluctantly set up this appointment.  The acupuncture included a cupping session & a 15 minute massage.  I asked – so what’s the deal with cupping?  The clinician replied that it was to remove toxins from the body.  I guess that was the answer that I was expecting.  My mysterious toxins.  Also the masseuse (after pulling on my ears and asking if it hurt…I said, well you are pulling on my ear, so that isn’t fantastic) was telling me that my liver was full of toxins and that I needed them removed by having a longer massage session for an extra fee, I politely declined.  I had to go back to work and anyways, my liver is suppose to be full of toxins that it’s removing from my body.  It’s fine.  I’m ready to be surprised tomorrow, we’ll take the leg on a test run.  Maybe. 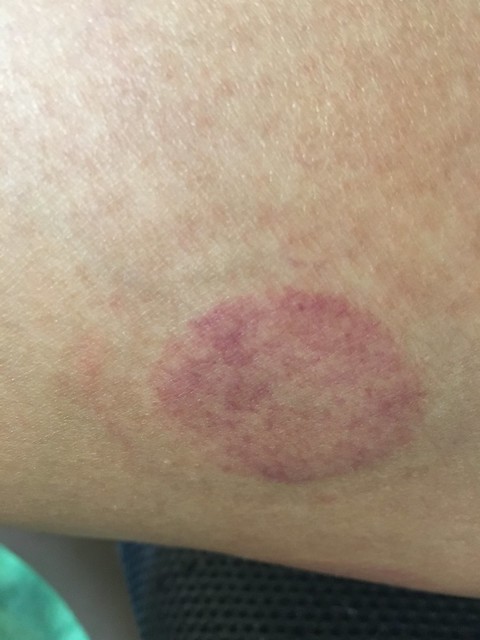