And the world keeps spinning… sigh.

Vince called last night. If you want his summer phone number to text him, you can text me & I’ll give it to you. I was surprised to hear from him, but his night off was last night and he decided to call us!
He told me a number of things:

* He’s the youngest counselor, in charge of kids his own age.

* When they have free time to go to town, he can’t be wearing any scout clothing.  He packed only scout gear.  This resulted in him going to Walmart and buying a shirt with an American flag that says “Born to be Free” and a pair of ratty gym shorts, I think he spent 5 dollars on each item of clothing.  He asked us to ship him some clothes.

* He asked us to ship him: new shoes, new clothes, a phone charger, a solar phone charger. We threw in some extra cables.

* He says he is showering everyday and doing laundry.

* He says he has enough underwear.

* On his mountain biking duty, someone flipped their bike and broke their wrist.  He helped splint it and walk the kid out of the woods.

* His scout troop is coming next week, he’s hoping to coordinate his day off for July 4th to hang out with him

* He sounds good and happy.

All my Usual Suspects are home.  Everyone got home a few days ago and everyone is on the mend. If you need any pulmonology advice, forget about going to an MD, you can just text Lauren or Soojung.  They know everything about suctioning, pain meds, intubation/extubation, bipap settings, chest PT, etc, etc, etc.  Every once in a while – they’ll say, check with Doris, she’s a nurse and I’m like I’ve seen the words that you are using in the text chat, but I have no idea what happens clinically so – woah.  I’m out of my league.  This was my favorite exchange on yesterday’s chat: 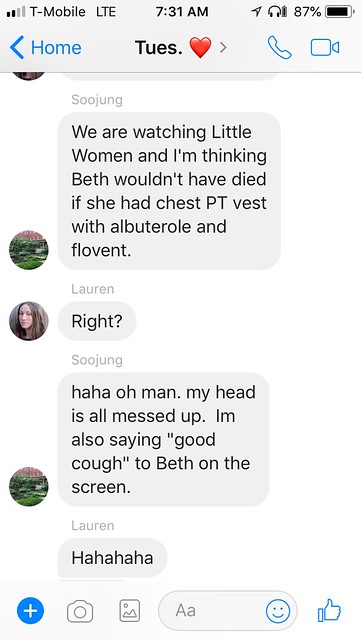 I went downtown today to Rasika to meet up with coworkers.  I didn’t get fabulous photos, but it was lovely. 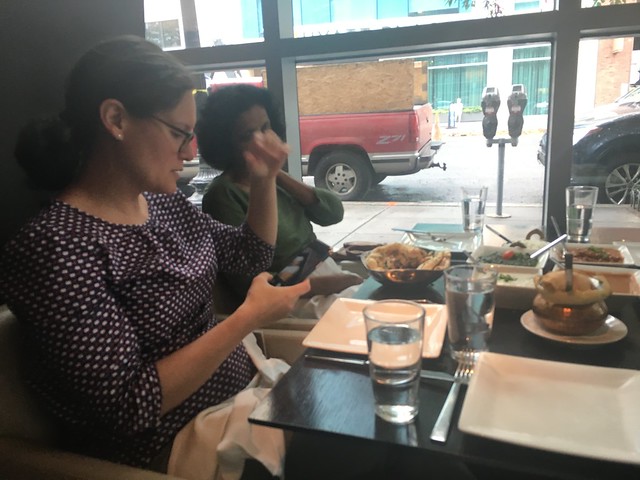 The last time we were all together was more than three years ago.  We talked about doing it every quarter, but that seems ambitious.  Maybe twice a year?  That would be an improvement. 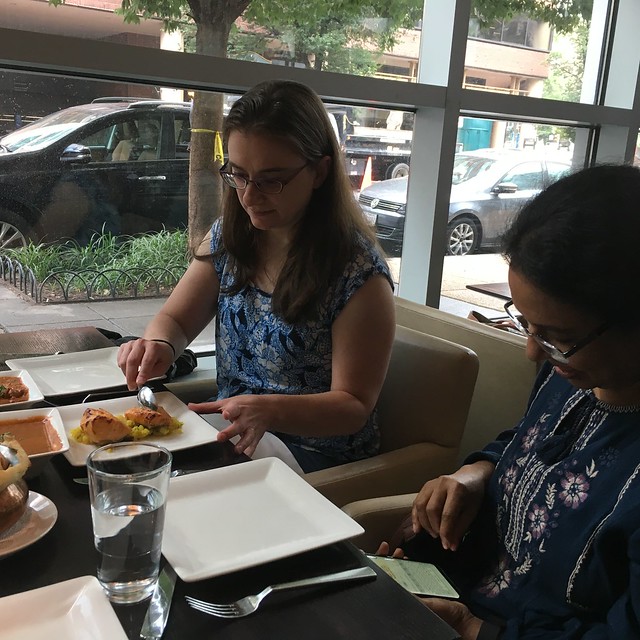 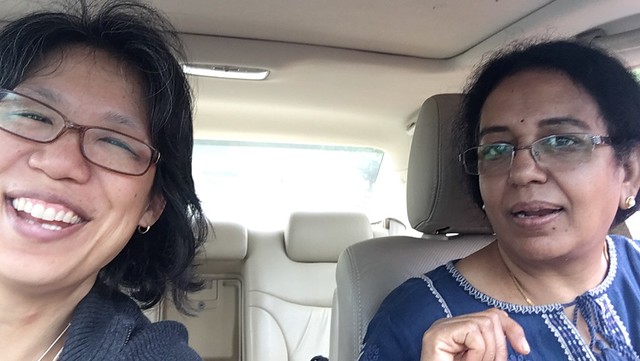