I love these highlighters.  It’s more like a wax pencil than a marker.  If you need to highlight things, I’d recommend this one. 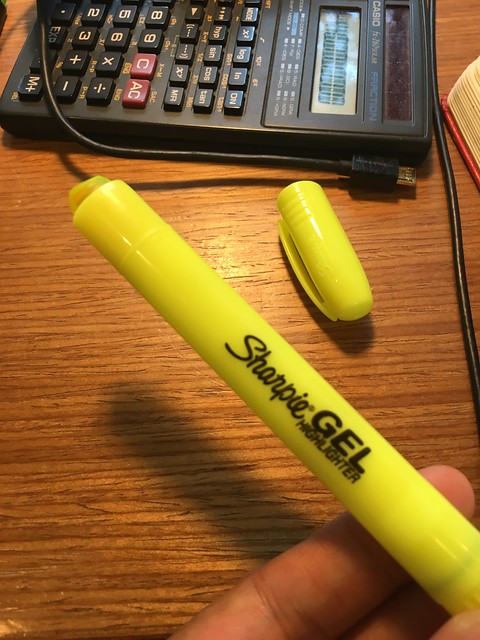 I finished One Hundred Years of Solitude yesterday.  Vickey finished it last week when I was only at the halfway mark and I made a concerted effort to plow through it before too much time passed.  I was the one who suggested this book for our two-person-book-club and Vickey read the book blurb on the back of the paperback which proclaimed it was “the first piece of literature since the Book of Genesis that should be required reading for the entire human race” and said, well!  I guess we should read this book.  I remember reading the first 75% of the book in college and just loving every sentence of it, but I never finished it because maybe I fell into depression or love or just got frustrated with the number of Aurelianos in it.  I did not love it now the same way I loved it then, but I could tell why I loved it in college.  Magical realism then was like nothing I’d ever read before. Magical realism now is more familiar and less surprising.  I have gone back to books I loved as a young person and sadly should have never tried to reread them because they are terrible (Xanth books, sigh.), but this one was worth going back to – though I’m not sure the entire human race needs to read this book.  Maybe let’s just get the entire human race to be literate first and then move on from there.  BTW, Jeremy needs a blurb for a book coming out soon.  I urged him to model it on the one on the back of OHYOS and mention both the Book of Genesis & the entire human race in it.  We are planning on reading the Underground Railroad or the Sixth Extinction next. 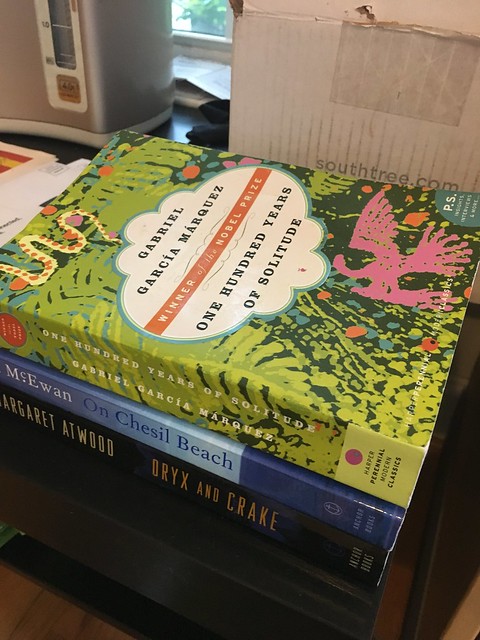 I settled on a Japanese sewing machine, price point right in between $150 and $1200.  It’s made by the largest sewing machine manufacturer in the world Juki.  They usually make industrial machines, but make some hobbiest machines as well.  It weighs a ton.  It actually weighs so much that it causes my plastic sewing table to sag. 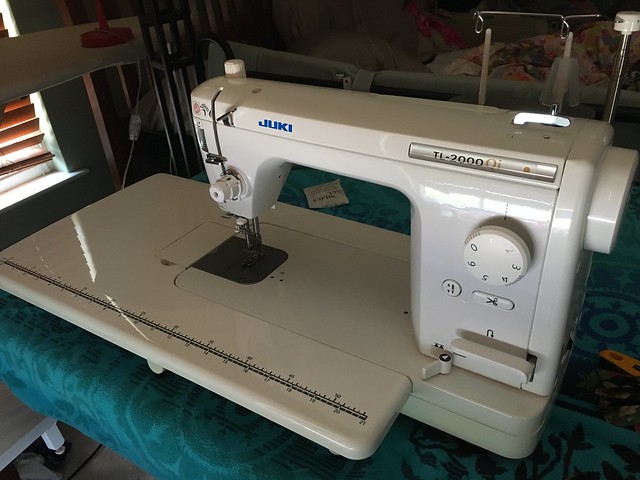 In order to remedy the sagging sewing table, we went to IKEA to buy a proper sewing table.  (Really we needed to get out of the house on this oppressively hot holiday day.) We also bought a couch to replace our last IKEA couch that has a broken armrest.  Jeremy was under caffeinated for this outing.  He likes to have his second cup of coffee before noon, but sometimes he forgets to have it or the timing isn’t right and by the time he realizes it, it’s 2pm.  And once it’s 2pm, he feels like it’s too late to have a cup and be able to fall asleep.  Once he forgets to have that 2nd cup, all his thoughts and ability to make a decision kind of slow down and then his frustration ramps up and then he asks me to do things which he knows I get annoyed being asked to do (he was asking me to do internet research on possible restaurants for dinner on my phone while he was driving, asking at a faster rate than I can surf for the information when I thought we had already decided on a place to eat for dinner so what is the point of doing all this extra restaurant research and I’m totally starving and slightly hangry) and then I’m trying to be extra nice and indulgent because I know he’s under caffeinated and that we shouldn’t get into a fight because he forgot to drink his 2nd cup of coffee. 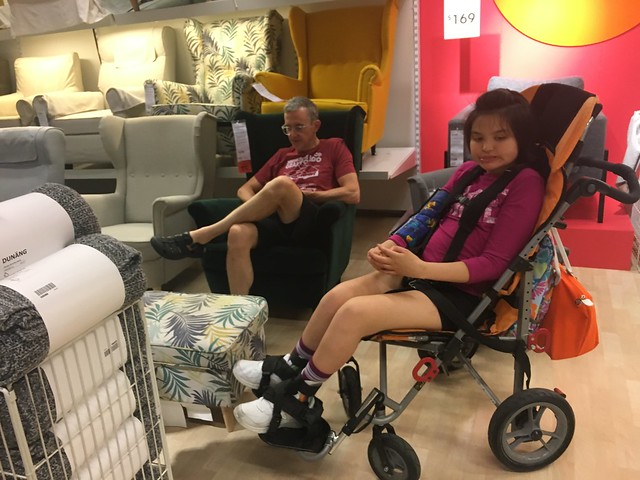 We had a short text conversation with Vince today.  He’s still having a blast even though it is insanely hot.  He let us know there is an instagram account, so I found this photo of him and the rest of the staff. 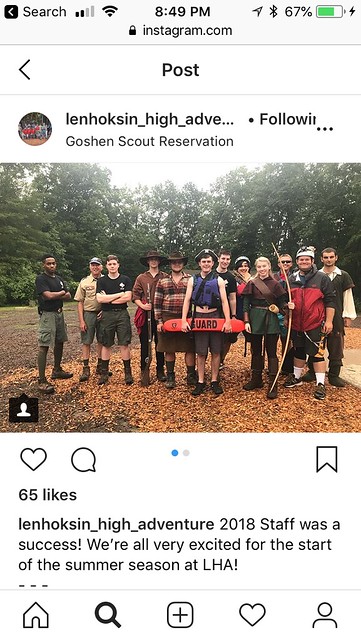