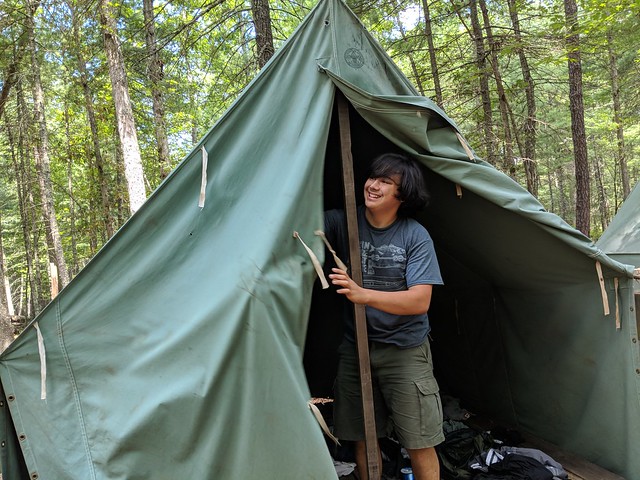 I spent a lot of time in the car this weekend.  Saturday morning, Edda and I packed up and drove three hours to see Vince.  I set his tent as the final destination on the GPS.  Meanwhile, Jeremy set off (at about the same time) on his bike to cover the last 50 miles of his three day biking adventure.  We did finally converge on Vince’s tent! 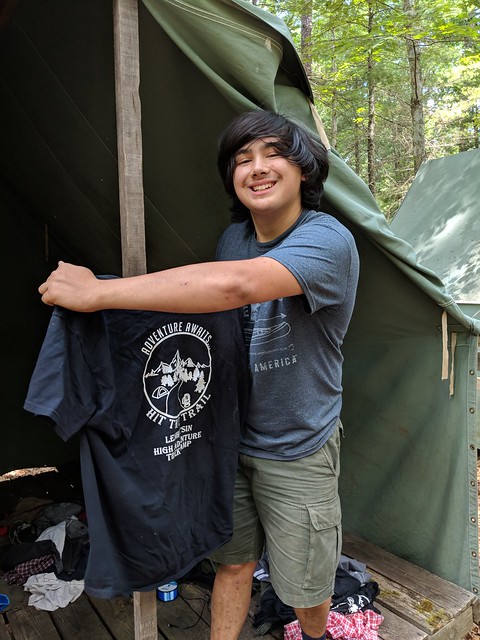 It was great to see Vince.  He says being a camp counselor is a lot of hard work and that he’s working basically 24 hours a day.  His voice is hoarse from yelling chants, singing camp songs and telling stories.  He’s had to unclog toilets with giant poop. He’s had to convince kids to go caving even though they are scared to go into the cave from hearing about the Thai soccer team.  He’s gotten “favorite counselor” evaluations from at least four different troops.  It’s nice to see.  I didn’t know he knew how to unclog toilets. 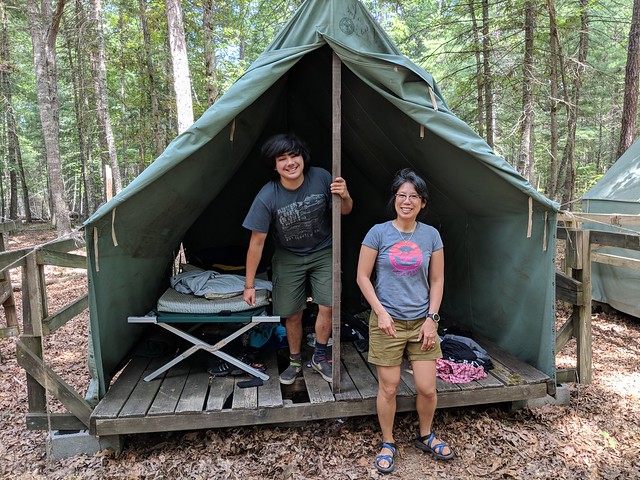 Now that he’s seen at least 12-15 different scout troops, he can see how varied the troops can be.  And he’s come to the conclusion that even though he own scout troop can be disorganized at times, it’s not a badly run troop.  He’s also noticed that each troop generally has the same kid types in them – the super studious kid, the kid who always makes jokes, the no-fear kid, the slightly awkward kid.  He met the 23rd highest ranked person in geography.  Ask this kid any geography question and he knew the answer.  I asked him what is the hardest thing and he says to be a really good camp counselor, one has to remember everyone’s name!  There are so many kids going through, it’s tough to remember who is who.  He’s resorted to calling everyone – hey, you!

We were hoping to see the outposts where he works, but there was a giant bee nest at one of them (I hope they were figuring out how to get rid of it) and then they are a little far and Edda can’t manage the trails.  So we did what he wanted to do which was to head into town to eat at the Waffle House. 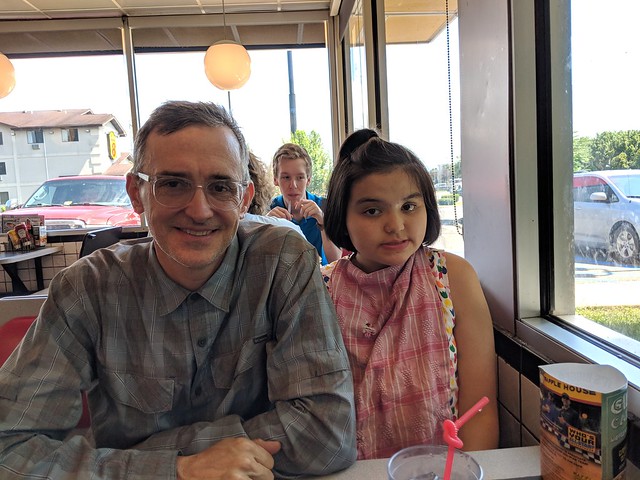 These are Vince’s friends at camp, Jack, Jeremy & Jackson.  I think I don’t need to go to Waffle House again.  The service was excellent tho. 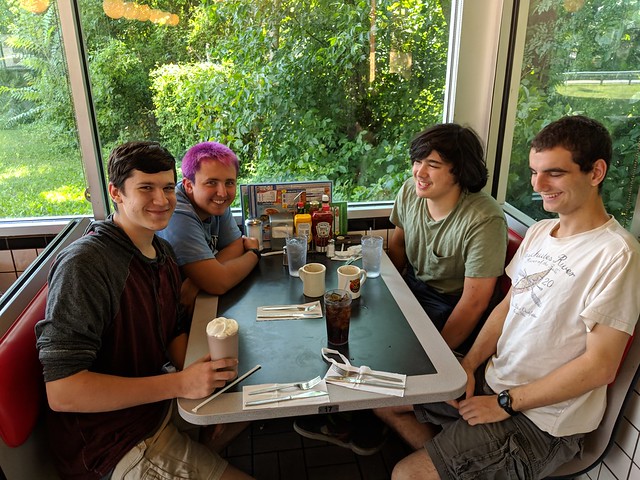 After Waffle House, we dropped them off at Walmart and then we bought tickets for them to see Antman & the Wasp in downtown Lexington, VA. 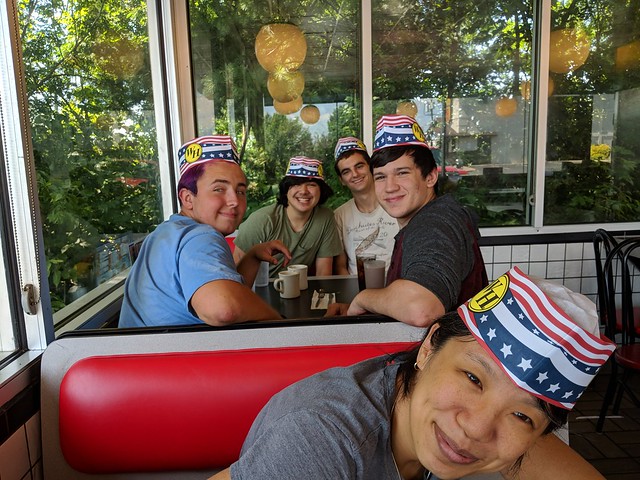 Jeremy drove the kids back to their tents after the movie at about 9:30 pm.  Vince said they were planning on staying up all night because it was Jeremy’s last night working.  I asked him what they were going to do.  He said he was hoping to get Jeremy to do his summer pre-calc homework that he had made me print out and bring to him.  Apparently Jeremy likes talking about calculus in his spare time.

We had a hotel in town.  Edda fell asleep peacefully. 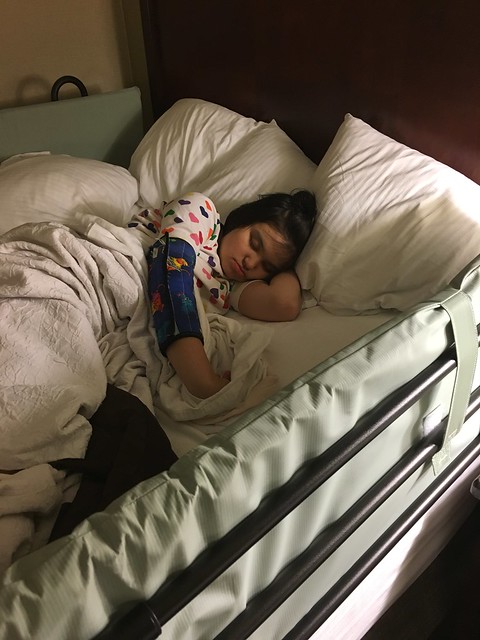 We drove home Sunday morning.  I hung out at home for a few hours, long enough for Jeremy to get some groceries and for me to pick up Maxi from the Ellerby’s.  Then I headed out for another 3 hour drive to see Vidya and family near Philly.  I’m sleeping over tonight, though not in a tent. 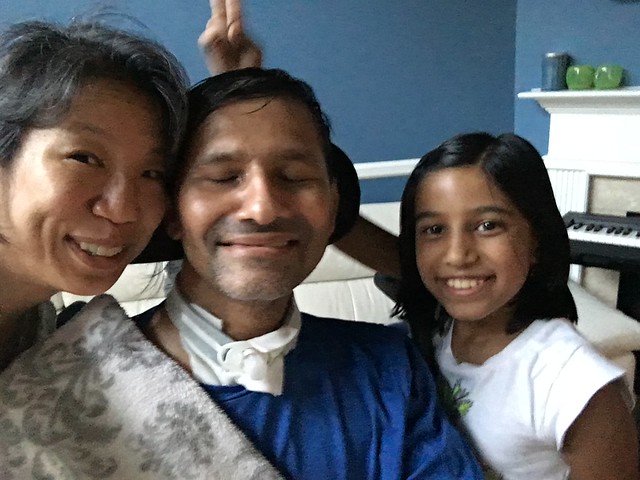