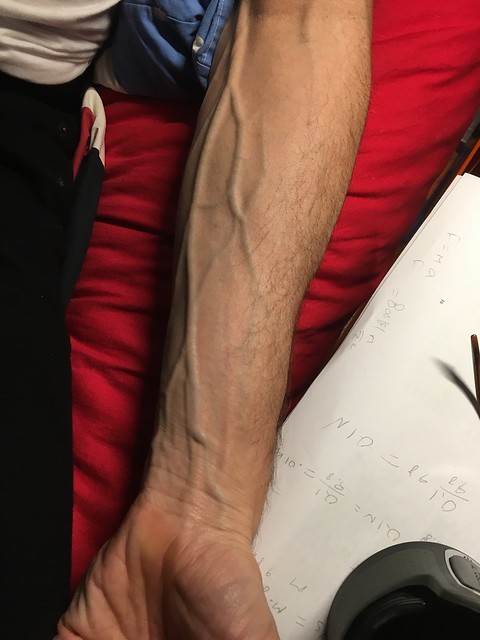 On my unit, people usually get admitted either from a scheduled surgery or from the ER.  During day shift, we usually get patients from surgery.  Nights, I think it’s mostly ER.  I only mention this because it means that most patients come to me with a working IV.  A good working IV can generally last the duration of a stay on our unit (usually 2-3 days).  But almost every shift, one goes bad on me.  The patient pulls it or takes a shower and loosens it or it’s in the crook of their arm and they kink it.  A good IV gone bad is the worst thing because you have a bunch of anti-nausea meds, pain meds, antibiotics to give all at once intravenously all at once & you are already running behind and then your access is cut off.  During my seven week orientation, there wasn’t a chance to really practice.  I’m not sure why but I suspect it is because all patients come with a working IV and it’s kind of low on the list of things to learn.  In order to get a new IV started, I basically have to beg, borrow and steal.  I’m suppose to call IV therapy, but they always say – we are so busy putting in central lines, can’t you get someone to help you?  I’ll put you on the list, but I can’t promise you anything.  So this week, I made a concerted effort to learn to put in an IV.  On Monday, I tried twice with two different experienced nurses coaching me.  The first one, I bare poked the patient’s skin, too hesitant to actually pierce (yes, I do give shots all the time, but somehow this is different).  The second one, I pierced the skin, but I couldn’t find the vein.  Both of the nurses kind of were like – you are too scared, just do it, don’t pay attention to the patient.  On Monday night, I took some supplies home with me and tried to talk Jeremy into being my practice patient.  He has veins that bulge hugely in his forearms, it seems ridiculous to practice on such an obvious vein, but I just wanted a confidence builder.  Jeremy actually hates needles, but he sighed and agreed and kind of muttered beneath his breath, the things I do for you…  So faced with a reluctant volunteer, I dismissed him and practiced on myself.  Pulled the tourniquet tight on my left forearm.  Found my vein approx 3 inches above my wrist on the inner forearm.  Set my left arm on the kitchen island and rubbed it with antiseptic from the IV start kit.  Took a deep breath and brought the needle in as if I was sewing a small stitch through my vein and advanced it about a centimeter into my flesh.  I was rewarded with a deep red flash of blood in the cartridge, I advanced the catheter past the needle into my vein.  I was so happy!  But then I made a mistake and withdrew the cartridge from the IV needle and now I had nothing stopping the blood flow from my vein which started flowing freely all down my arm, spattering the kitchen floor, staining my clothes.  I yanked the catheter out and pressed on it with some kitchen towels.  Jeremy commented that I forgot to loosen the tourniquet as well.  I gave myself a pretty big bruise.  Well, at least I can find a vein.  Now the next person I do this to will be my second successful IV start. 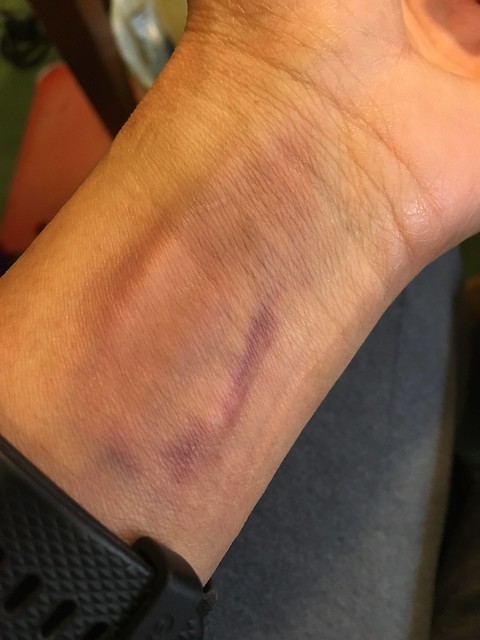 ******
I went to the grocery store today to buy a handful of lottery tickets.  I’m not a lottery ticket buyer normally, but my mother is a huge fan.  And she is out of the country right now, probably just dying knowing she can’t buy a lottery ticket.  So I did it for her. 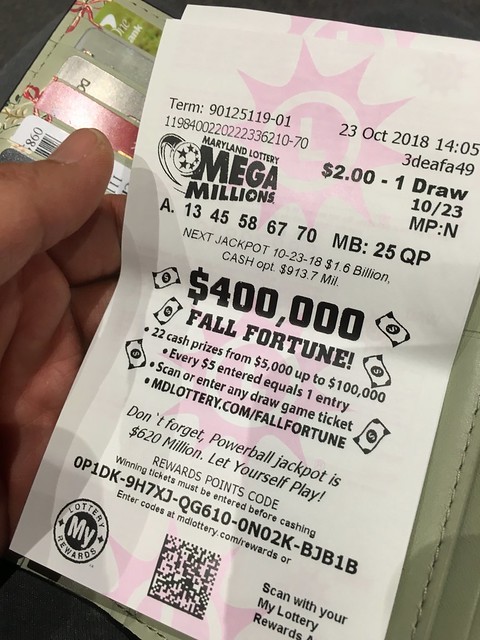 ******
I went to my first DDA meeting tonight to talk about adult services for Edda.  I followed the advice of Edda’s school transition coordinator and just showed up at the meeting kind of half listening to the lecture while mostly playing words with friends on my phone.  I think I don’t really need to think of these things for another 2-3 years, but it is nice to hear about what is out there and hopefully not freak out as time passes and Edda gets older.