The Friday after Thanksgiving, we went to my parent’s house to have family dinner #2. This is where Vince made the eggrolls.  My mom is OK, walking around with a crutch. 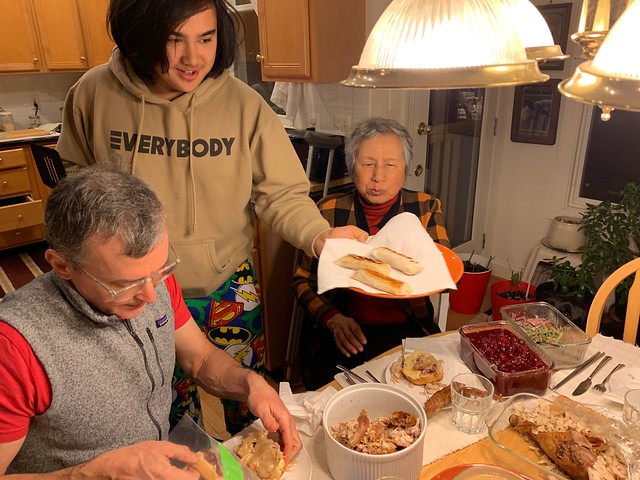 I worked all weekend at the hospital.  I’m now done with 4 months as a floor nurse and it is completely exhausting.  I’ve spent more time on the floor on my own than I have in orientation.  I step on the floor at 6:45 am and I don’t stop moving until I leave the floor, usually a 8 pm.  Jeremy opens my lunch box from the morning in the evening to clean it out and says I at three bites of the sandwich.  And I’m like – oh, yeah, that’s right, today I sat down to eat lunch and then some code alarm went off and I had to run.  I actually don’t understand what I’m suppose to do to make everything feel better except to care less about everything that is wrong/late or unaccomplished which is what I think will happen.  It pains me to realize this at this time.

Jeremy was quoted in the NYTimes magazine this weekend.  He’s not exactly delighted with the article.  His quote did headline a section in the article. 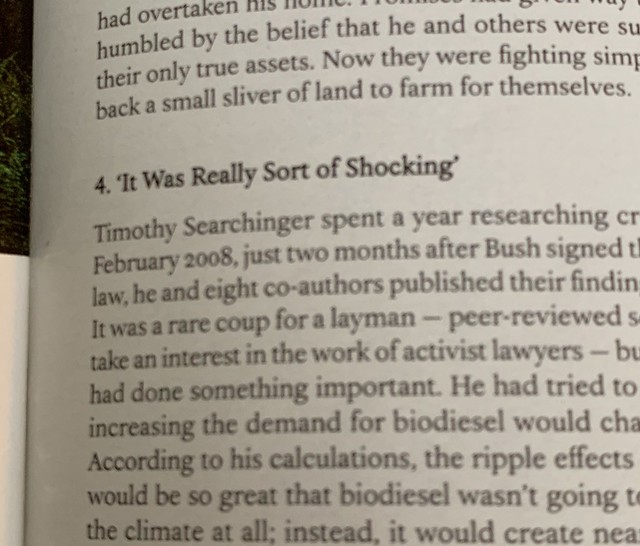 Jeremy is up a few pounds from eating more generously and exercising less.  He’s completely convinced of fasting diets, there is some book that he wants me to read.  He’s interested in fasting as a way to cure type II diabetes.  In the hospital, I feel like I’m never able to control a diabetic’s sugar.  We check sugars before each meal and the level is usually in the mid-200s (normal is 70-120ish) and then I cover it with a bit of fast acting insulin each time per a sliding scale and sometimes there is a daily long acting insulin that should act over 24 hours and I never, ever see it under 200.  I’m confused.  I thought insulin would bring it all down into the 100s.  I very, very rarely see that happen even when I’m perfect in the timing of the insulin dosing.  He says this book says that the type II diabetic could reset their insulin resistance by fasting for a week?  a couple of weeks?  maybe a month?  I’m like – can you fast for a month?  Won’t that kill you?  He said, nah, you won’t die after a month.  Anyways, he lost his 40 pounds with intermittent (one-day only) fasting, but now he’s interested in week-long fasts.  So he started a two day fast on Sunday.  He’s travelling this week (to Minnesota) so I dropped him off this morning, the 2nd day of fasting.  He’s for sure a little slow in talking because his glucose levels and he’s a little scatter-brained, but today is a travel day and then tomorrow he will break the fast and be ready for his meetings.  Here he is – off in the rain to catch the bus to catch his flight. 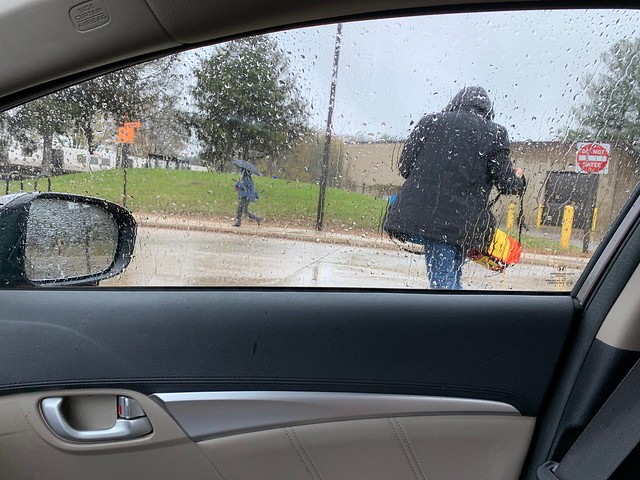 Vince has decided to make cookies every Sunday for his friends.  Boy likes to cook.  Of course, Jeremy leaves on a business trip and Vince & I get into a fight.  Over physics.  There is a test tomorrow and he asks at 5pm today for help.  I’m like – did you work on is this weekend?  Last weekend?  We talked about working on it last weekend?  The answer is – no.  We fight.  There is nothing that irks me more than last minute cramming. 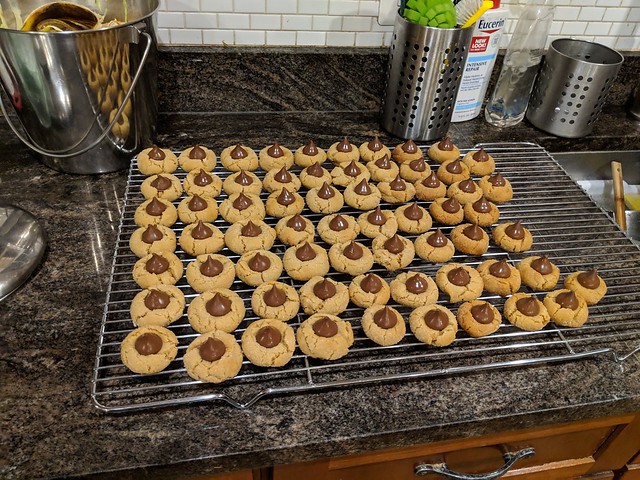