I thought that I’d have to cancel this trip because of the enormous snow storm that blanketed much of the United States this weekend, but somehow, by some miracle, it managed to miss the entire 95 corridor from DC to NYC.  And anyways, when I was complaining earlier in the week that I wasn’t sure I could make it to NYC in the car on Friday to Jeremy – he was like – I don’t know how we can possibly cancel because my flight is going into NYC from Seattle, so you’d have to come up and get me anyways.

This MLK weekend seems to be the weekend that we travel – we’ve managed a weekend away this same weekend for 3 years in a row.  This is a tradition that Jeremy is not very eager to continue as it is always cold and frigid, but, to me, it’s nice because everything is cheap and our child care seems to be more available.  We’ll see what happens next year.

I’ve also decided that if I never pay to see another man-made tourist attraction ever again, I think I might be OK with that.  I just want to travel to see friends and eat and chat.  I picked Jeremy up from JKF and we made our way to Brooklyn (Williamsburg) where we saw Lael & Vikram.  We had drinks at the top of a building in Brooklyn with amazing views.  Then we went to a Mexican restaurant that opened up on the ground floor of their apartment building and they seemed to be having some trouble gaining momentum for their business – Lael wanted to support them, which we were happy to do. 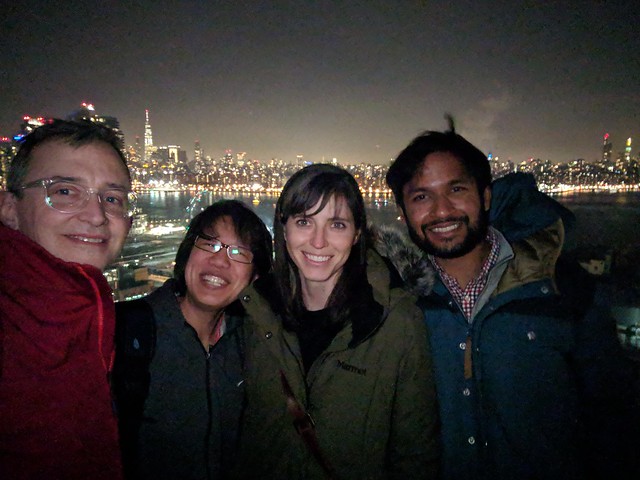 We stayed at a hotel called “pod” – my one step up from a youth hostel.  The room is so small that the toilet is also where the shower is and the room is just as big as the bed, but it was comfortable, new, quiet and at $79 – a steal.

In the morning, we went shopping and walked around to get pastries and made it to another part of Brooklyn to see Livia & Randy and their new-ish baby Clark.  We listened to Randy play jazz and Clark entertained all of us. 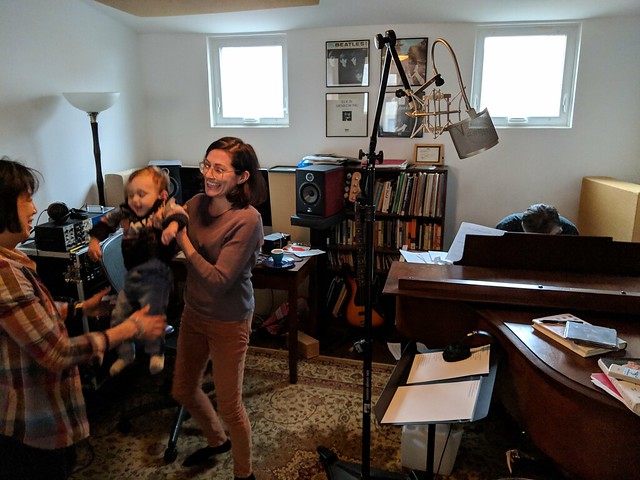 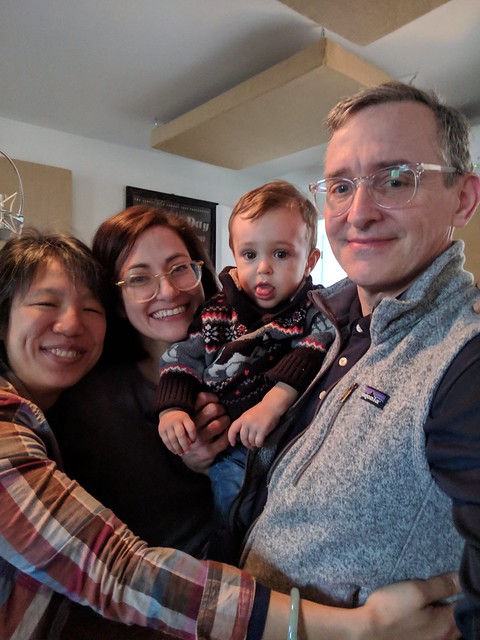 We left Brooklyn at 2:30 ish and made it to Alan & Hai’s at Port Jeff a little after 5 pm.  We celebrated Alan’s birthday (which was the day before) and we thought it was his 50th when we bought the cake & candles, but it was really his 51st.  So we had to ditch the 0 candle and replace it with a regular straight candle.  Matt was there too! 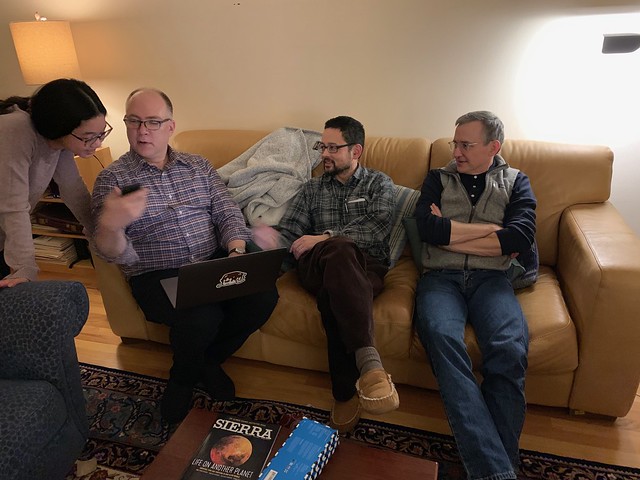 We had beef fondue where you put chunks of beef in boiling oil at the table. 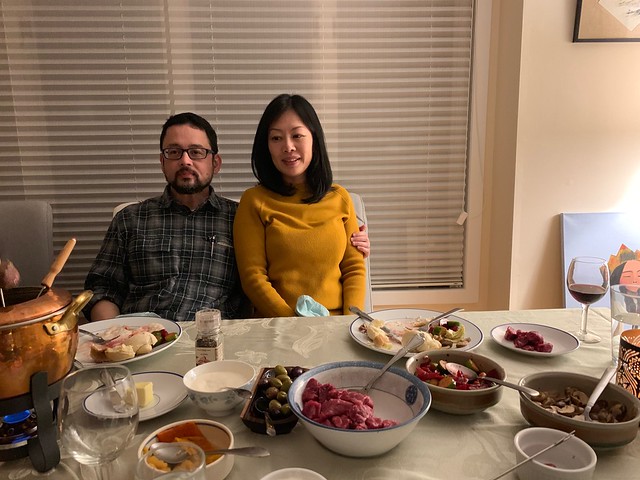 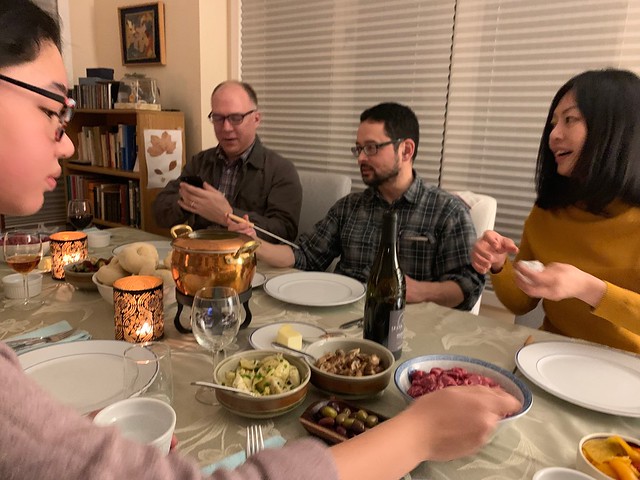 One thought on “Anniversary trip.”