I’m spending the weekend (as Vickey would say) retrenching.  I’m going to do nothing that looks like work and just try to relax.  Take deep breaths and try again next week.  I feel a little ridiculous and overdramatic, but what can I say? I feel what I feel.  I’m spending the day with Edda in our pajamas and I’m doing some quilting squares on the sewing machine I bought months ago and used only once. 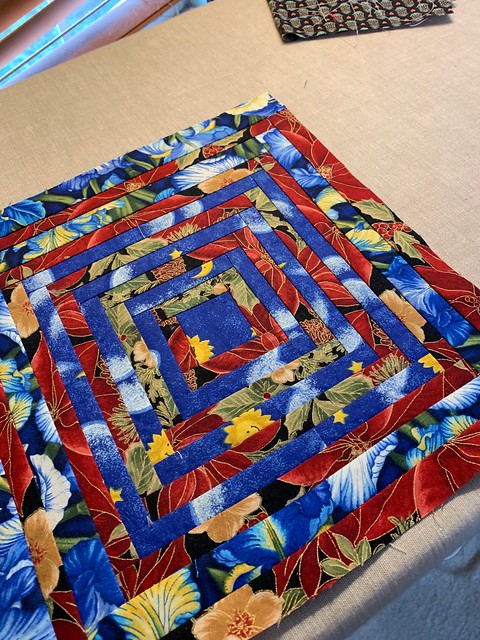 We went to RM last night to see the student written one act plays.  Vince took this photo of us from the lighting booth.  (Thank you Nat for taking care of Edda).  The plays were good, I was impressed.  When I had kids – even when they were very young, I understood that I would be confused about how they approached love, sex, etc.  Even though I was a prude and very square and studious – falling in love with a boy at 16 when I was in high school was such a pivotal moment in my life, I just can’t really imagine not falling in love with someone (I actually don’t care which gender) in the second half of high school.  But this is not what is happening in Vince’s high school, I think.  Well maybe.  I’m not sure.  There were songs about clearly only being friends between boys and girls – that even though they appeared to have an intimate relationship (hugging and hand holding and hanging out all the time) they insisted (in song) that they were not a romantic pair and in all the plays, heterosexual couplings were the least common.  Then they threw in the “they” pronoun for the singular person which confused me because I’m like – who are the “they” they are talking about?  I’m looking for a plural entity.  And then I realized (late) that that singular person wanted to be addressed as “they”.  Anyways, it’s all good, the plays were funny and original and it’s very interesting to see what kids are thinking about these days.  There was a feminist play called Seneca Falls full of vitriol for capitalists.  I’m glad I grew up when I did and not now, I think I would have spent some time thinking about my gender identity and being confused about it because now it’s a thing to think about and be confused about – there was already enough for me to think about in adolescence.  Though when I ask Vince – he says he’s sure he’s straight, and I’m like – well do you like any girls? and then he says no and then I ask how he knows he’s straight then and then he says he’d know and then I launch into the Avenue Q song – if you were gay, that’d be OK! I mean cuz hey, I’d like you anyway!  Then he rolls his eyes at me.  And then I’m like – what!? I love that song. 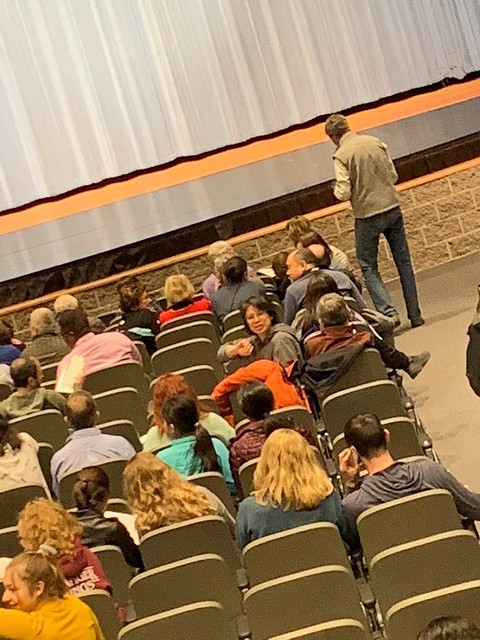 Vince told us at intermission that he was going to tell jokes on stage between the third and fourth plays and though I was excited to see him on stage, I was also nervous that he’d tell some inadvertently inappropriate jokes.  But it was all fine.  My favorite was – you are American before you go to the bathroom and American after you go to the bathroom, but what are you while you are in the bathroom?  European.