I took Edda to the dentist on Thursday morning.  Usually I manage to get someone to come with me, but everyone was already committed to spending their time elsewhere and I got to go myself.  Jeremy assured me not to worry because he’s done it before by himself, so I wasn’t worried – honestly, no worries.  But I should have brought someone.  Really, it’s one person to hold her limbs and another person to steady her head.  Then the dentist and hygienist can do their jobs.  So we were one person short and Edda was in a thrashy mood so I straddled her body to pin her arms and then used my hands to hold some dental tools for the dentist while she tried to steady Edda’s head with the crook of her arms.  Edda managed to kick pretty hard since no one was manning her legs and sent some kiddy chairs flying.  It was not relaxing.  And we are not doing a good job cleaning her teeth so we are back to checkups/cleanings every three months.  I think Edda is holding more food in her mouth – less able to clear it in the back of her cheeks.  We are going to implement the two person tooth brushing when possible.  We’ll see how that goes.

Jeremy took the day off today because he’s cooking dinner for 100 tomorrow so today he needed to go to Costco and do food prep.  But first he cleared out our dryer vent.  I spent the day working at home closing out the quarter – eeeking one last thing that needed to be done.  Look at that forehead vein.  I just want to put an IV in it.  (I’m still terrible and terrified at inserting IVs, the IV team person told me to stop practicing on myself.) 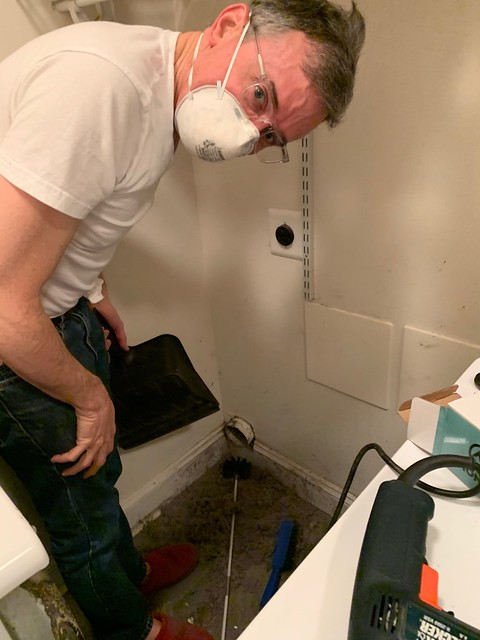 Why is Jeremy cooking for 100 tomorrow?  Because he signed up to cook the annual scout banquet.  I honestly don’t know what happened, but when Vince was in 2nd grade and I wanted him to join scouts because a bunch of his friends were in scouts, Jeremy balked at the idea because it was too military-like and they – at the time – discriminated against gay scouts and leaders and although our troop never honored that national policy, Jeremy took one look at little, tiny 8 year old Vince in his cub scout uniform and thought it was a bad idea.  And now, like a decade later, Jeremy has a uniform, he’s cooking for the scout banquet, coordinating the big summer hiking trip and he’s going to all the meetings and has a lot of work to do for the scouts.  He is kind of bewildered himself.  He’s like – how did this exactly happen to me?

Of course, he’s cooking the way he wants to cook – not the way they’ve always done it.  He ixnayed the Salisbury steak and store bought veggie lasagne.  He decided to make pork loin sous-vide.  He’s making homemade croutons for the Caesar salad and I think he’s making homemade salad dressing.  He’s crazy.  This is one of three lasagnes he made this afternoon.  Now he’s trying to figure out how to put three giant pork loins in a tub of water so he can sous-vide them. 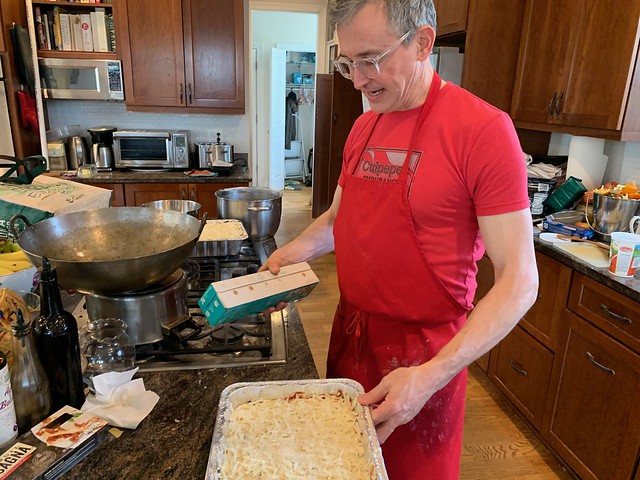 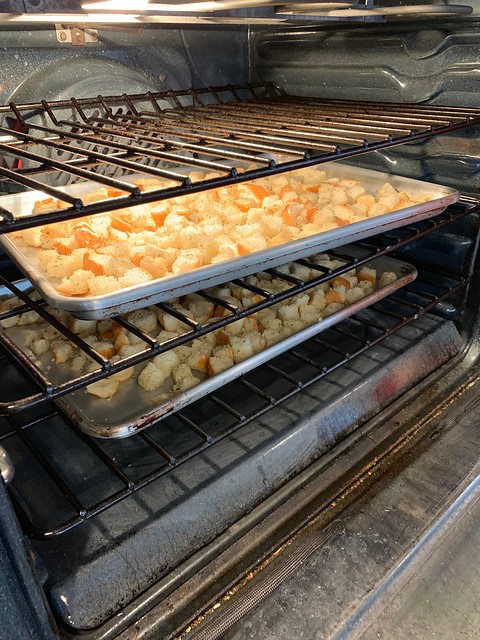 Vince started his biking club this week.  They rode around the Millenium trail (about 10 miles).  He managed to 1) get bit by a friend’s dog on both his hand and his leg and 2) stop for ice cream. 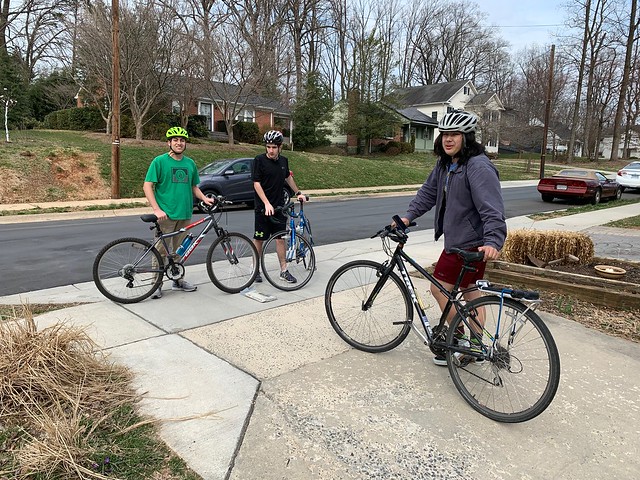