Thanksgiving was pretty good this year. JT organized a flag football event in the morning. We played from 9:30 to about 3, which constituted about 4 games of football. There was some girl there that was flirting with me, but felt bad flirting back, since everyone there was Christian except me. Oh well. My legs are weirdly sore too – I never felt winded really, and my main muscles aren’t sore, just those ones i never exercise biking.

I showered and went off to Arif’s place around 4:30. Tahera was there, and introduced me to Guitar Hero II – and I was hooked. I pretty much played all night and I rocked! The best song was “Sweet Child of Mine” by Guns ‘n’ Roses. That was a awesome song. I played until about 2 am. Oh there was turkey and people and blah blah blah, but Guitar Hero Rocked! hahah jk.

The turkey was good. It was dipped in some sauce I have no idea what. All the Karims were there. Arif’s sisters, Shahista and Sophia, his brother – Akil and his gf Shannon. Arif’s parents. Hasnain and Zainab, Nasreen and Hasnain’s parents. We even got Arif’s Dad to jam on the (real) guitar! 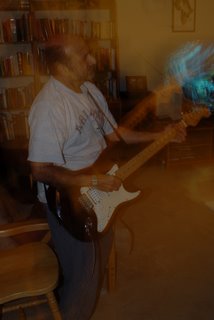 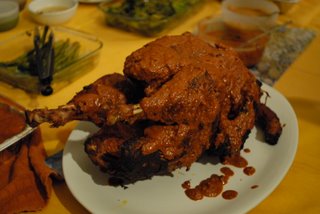 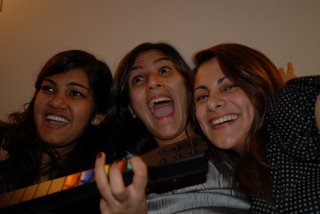 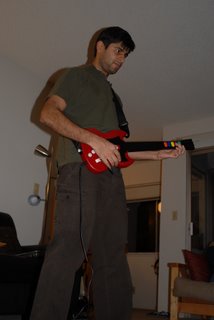