It was a good weekend. Climbing on Friday with Julie, Wasi and Josh. Saturday played some bball with Mike, Ray, and George. Went up to the city to hang out with T and Arif at Cafe Greco. Sunday was the main event, as I got like 15 people out on a beautiful ride down Canada Rd. It was 80, warm and sunny. Pretty much perfect. Of course, there was a slight preride scare, as Vicki had to go to the hospital. Nothing serious really, just dehydration. She had ridden to the start point, and apparently, she hadn’t ridden in awhile. She stop ridding, and was talking to me, and then like a minute late, was like, “I’m going to faint.” We grabbed her and sat her down and she was better after that. The EMTs came. It was a whole affair. 🙂 We also had a picnic afterwards at a nearby park. Good times to let everyone chat and chill out. 🙂

Here’s Mike on the attack! 🙂 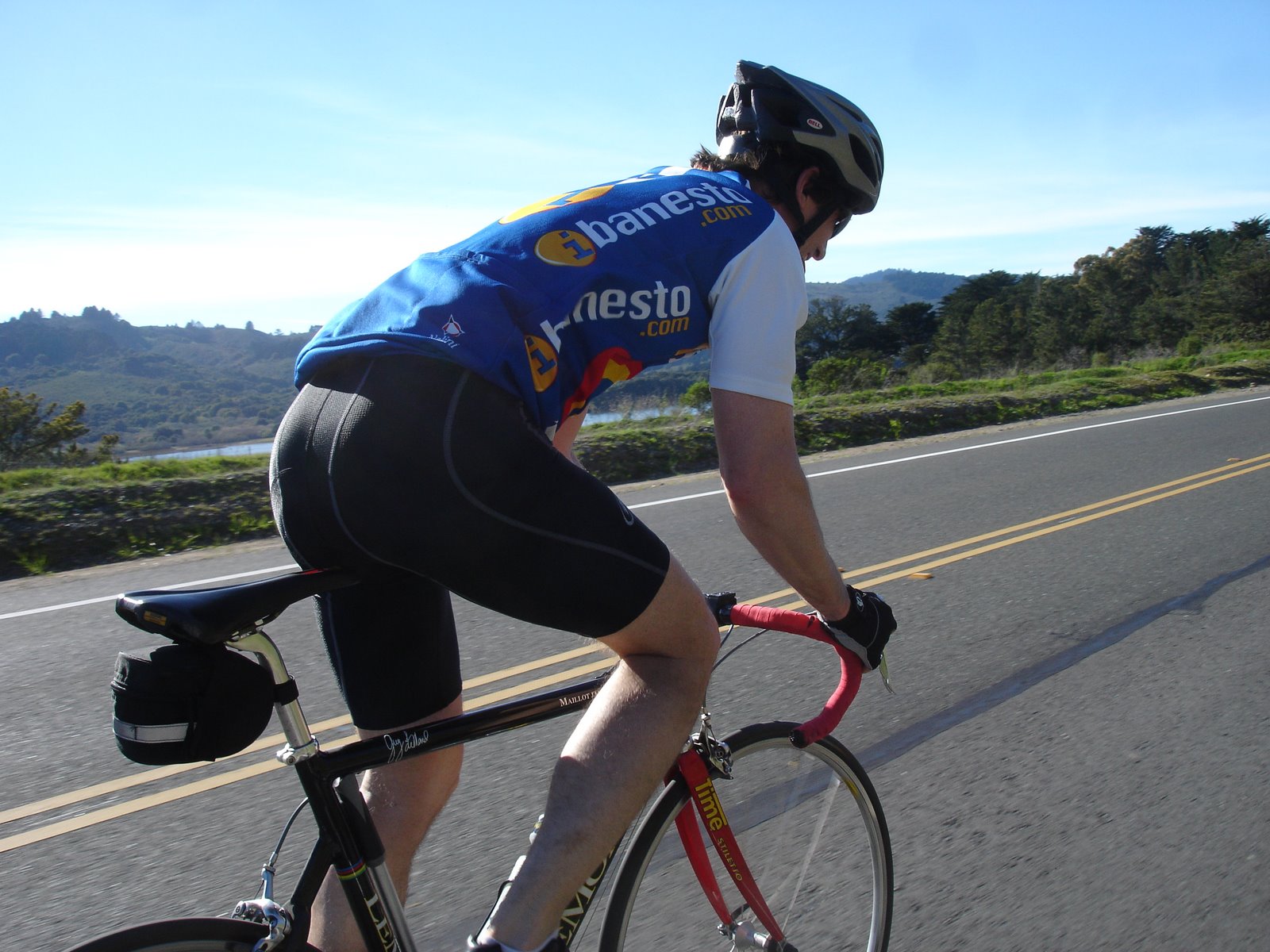 Sarah, Darice checking out their rides in Woodside. Ken’s in the background 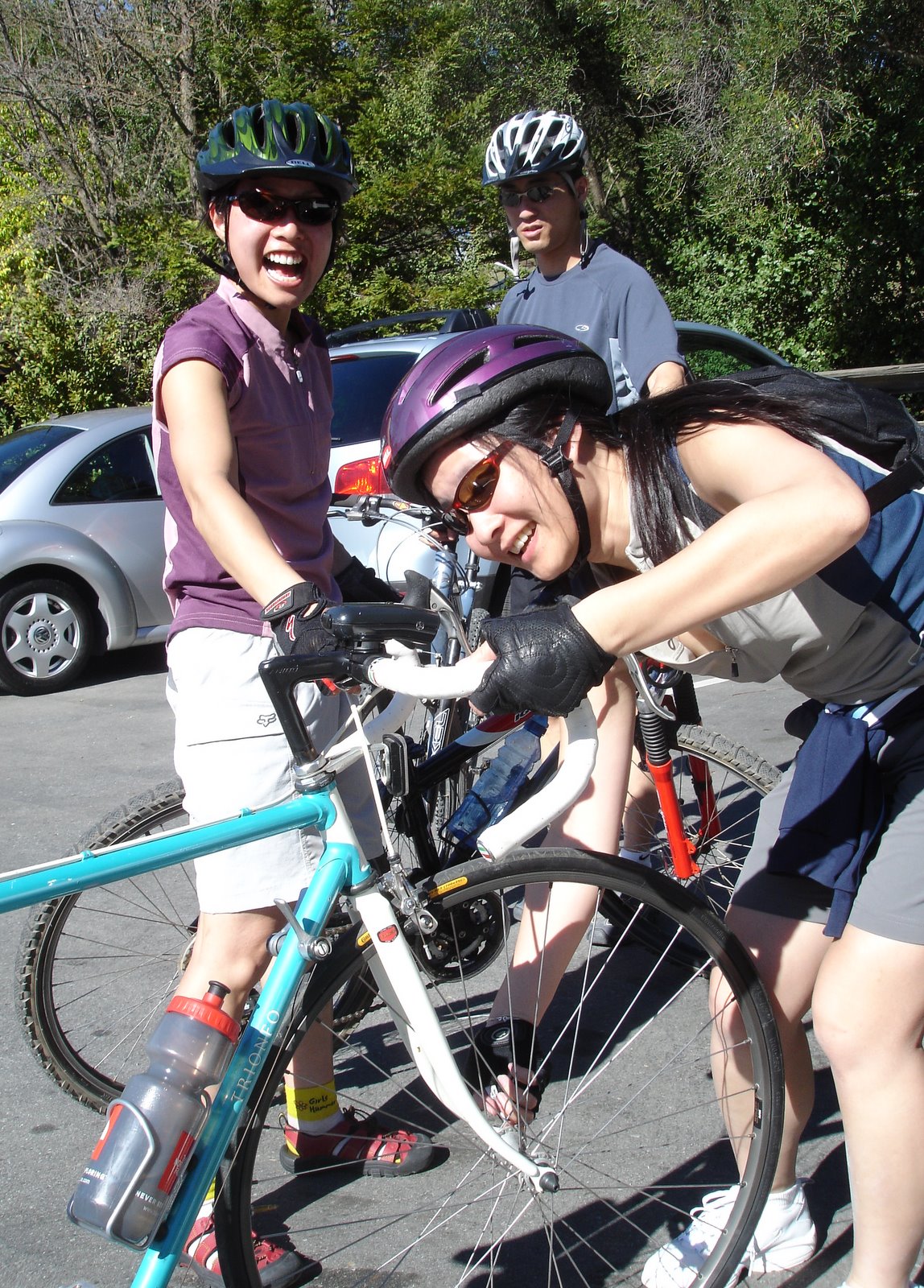