All my bags are packed, I’m ready to go…

Tomorrow we are moving again!

I can’t believe how bad we both still feel. I spent most of the past two days sleeping and taking Motrin. The IRSA conference was good! I didn’t take any pictures, but I met a bunch of people, including Sam and Jeff, folks I met through this blog and Ingrid who runs girl power 2 cure. I met a bunch of people from Maryland, including Nita and Pam (who lives in Gaithersburg) and little chats in the hallway with lots of other folks.

We met lots of other Rett girls ranging in age from 2 to 25 and we met a lot of educators who really believe in the abilities of these girls. It was nice to see.

We came home on Sunday night, missed the tribute dinner and the science talk on Monday morning..

Jia (a cellist in the conservatory) and Bob took good care of Vince while we were gone. Tonight they played a duet for us. Sunday I went out on a photo shoot with Eon and JT. Drove down to Santa Cruz, and went up the coast. We came across a ton of beaches, and a flock of kite surfers. I reminded me of one of those paintings you make in the first grade, where the sun is in the corner, shooting rays down, and the birds are curvy letter M’s in the sky. I tried to capture that feeling… I swear there were about double the amount of kite surfers on this beach than what’s in this picture.

Also we had a fun time at another beach, where JT lost his car keys, but didn’t realize it until just after sunset, and it was getting dark. Ironically, this guy that was camping near the beach, had a metal detector, and we spent an hour beachcombing but to no avail. We did find some rusty nails and 17 cents. Woo hoo. JT’s sister drove out to Half Moon Bay to give him some spare keys. The tacos we ate that night were delicious. 🙂

Recovering from this cold has turned Edda into a grump-meister. Her throat must be killing her because every time she coughs, she has a huge grimace on her face and she’s pretty much refusing to eat anything. There has also been occasional screaming and biting. We are all standing a little further away from her today since, although she can’t coordinate her movements very well, she’s got the accuracy of a shark going after a surfer’s leg when it comes to getting you with her chompers when she wants to let you know that she’s pissed. Yeow!

Determined to get out of the house, Jeremy and I led a noontime expedition from his parent’s house to the campus center. A greuling one third of a mile. The goal – the vending machine on the 2nd floor filled with Doritos, Life Savers and Starbursts.

Vince whined not to go, he wanted to stay at home and watch videos. Edda wailed like a wet cat the whole way there. Jeremy couldn’t talk because of his sore throat. I haven’t showered in a few days. We were not at our best. But we made it and purchased a roll of Life Savers. Then we headed back home for afternoon naps.

Well, sorry to cause some confusion there. I’m back in the states no after a whirlwind of 12 days in the French countryside (yes, France the country) and Paris. The short summary: Fenney and Sanh’s wedding in a Chateaux in the Loire Valley, Ted and I went biking thru the countryside around Tours for 6 days. We spent 3 days in Paris afterwards just doing tourist stuff and eating a ton. I have never drank so much alcohol in my life. 🙂 Good times. Good times.., 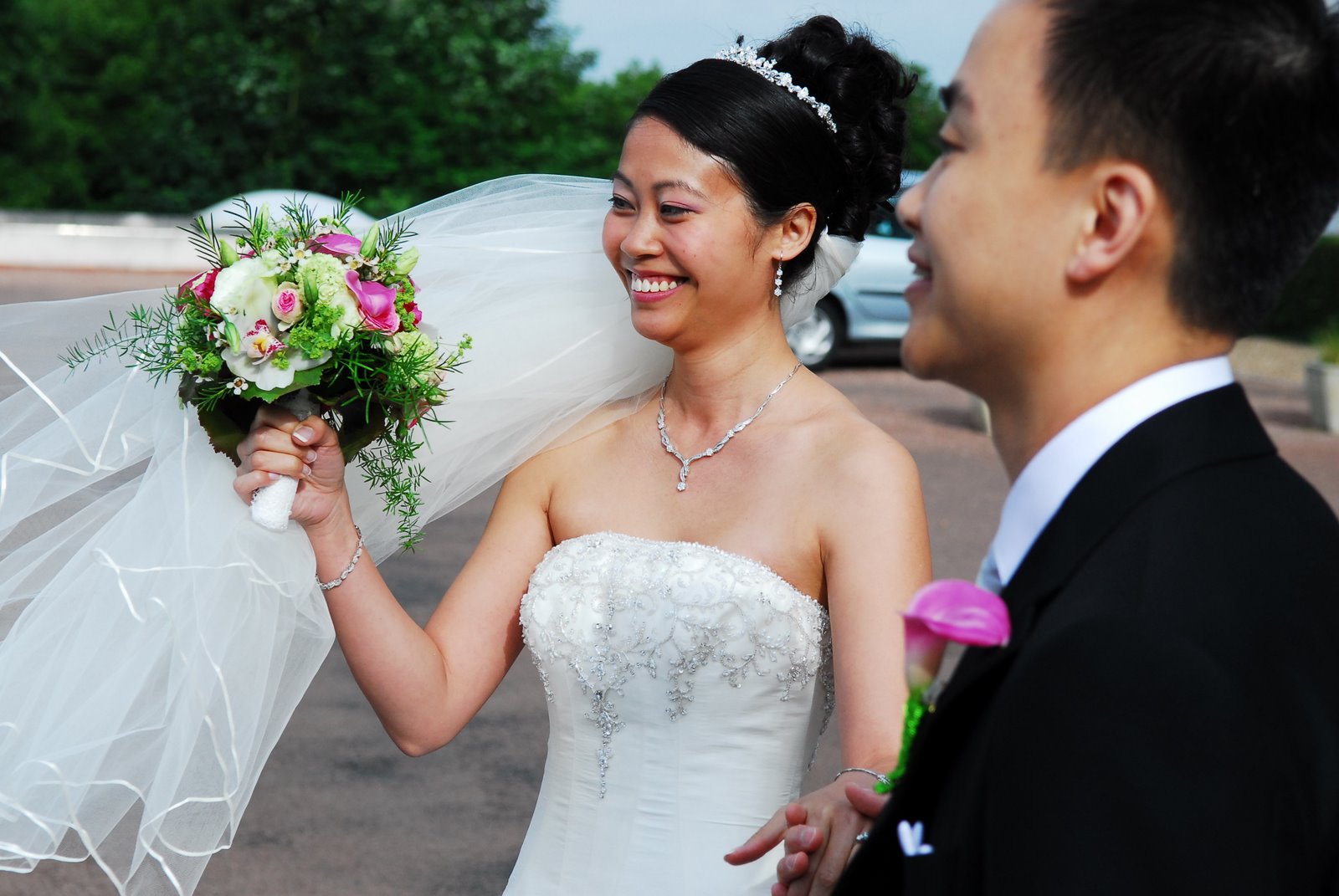 Anyone know where Donald is and what he’s up to? His cell phone’s been off for over a week now and I’ve only gotten one cryptic blog comment – “hi from france”. What the heck does that mean? Did he meet some cute French woman and is now eating baguettes and brie under the Eiffel tower? Zut alors! Sacrebleu! Any info would be appreciated.

P.S. We are all still sick as dogs, we are chugging ibuprofen every 6-8 hours and going to bed at 7:30 (except me – I stay up late blogging). I don’t know why they advertise Tylenol for fevers because from my experimental data, Tylenol works as well as water for fevers. It does nothing! If your kid has a fever, go straight for the Motrin.

P.P.S. This advice given by a person with NO medical training!

We are all sick, especially the kids. I’ve spent a lot of time in the past few days trying to get Edda to drink more fluids.