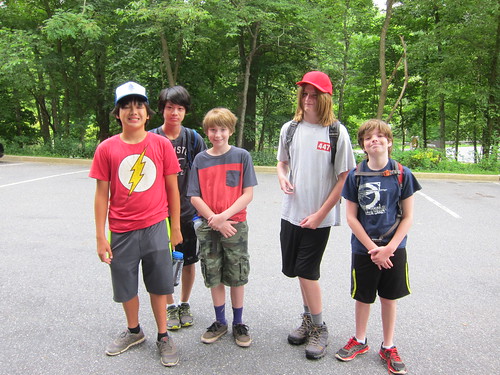 Day 1 (Monday) the boys went and did a five mile hike to visit Wolf Rock/Chimney Rock  up at Catoctin.  As this was the first day, Jeremy was nervous.  He planned this week off of work to host dad camp about a year ago when we realized that he was accruing vacation at a faster rate than I was.

But because this was planned so far in advance, he couldn’t have predicted that he would be swamped with work the days/weeks leading up to this week-long adventure.  Last week, he was frantically trying to tie up loose ends at work and plan all the details of this trip.  On Sunday night it looked like it was going to be steady rain on Mon/Tues, the big camping days of the week, he was thinking that it might just be kind of a miserable experience for the boys – but what can you do?

But Monday was fabulous, the day was overcast but not raining, so it wasn’t too hot.  The boys were rested and eager to hang out with each other.  The dad who volunteered this day had never been hiking before, so it was nice to introduce him and his son to the great outdoors. 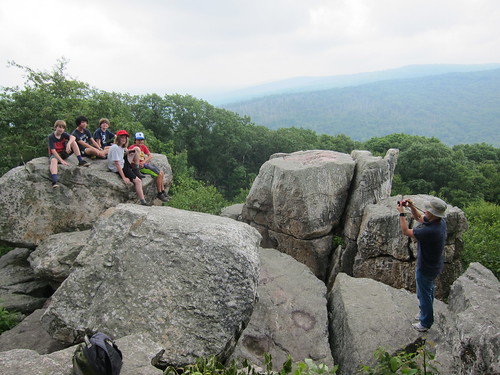