We are doing a poor job of adjusting back to east coast time.  It’s 10pm and I’m writing this blog post and Edda is still awake and Vince is out, not yet home.  We are never going to get back to our regular schedule.

Today, we went to Lewis Orchards where they sell all the good things.  Jeremy wondered if we would be able finish the whole big box of peaches.  The problem with buying one XL box of peaches is that they all go ripe at exactly the same time and then you have to eat four peaches in a morning.  It’s not a terrible thing, but it is challenging. 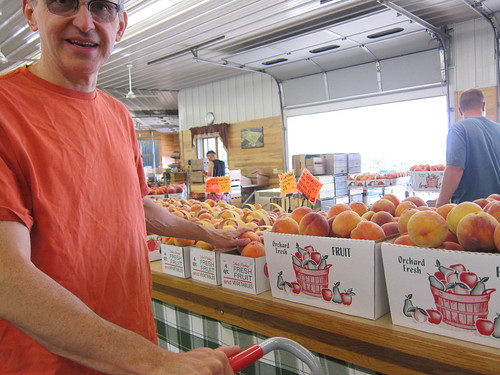 We opted to buy smaller boxes of many types of fruit and not just the one huge box of one type of peach.  Like these plums: 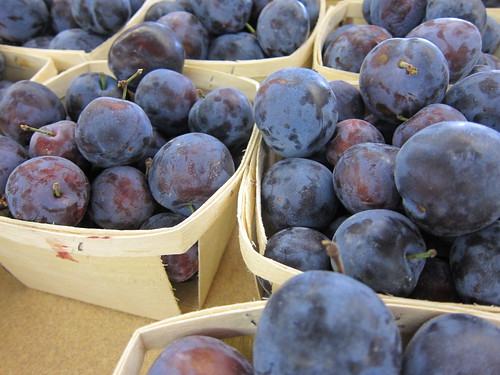 Or these peppers (OK, not a fruit, but still…) 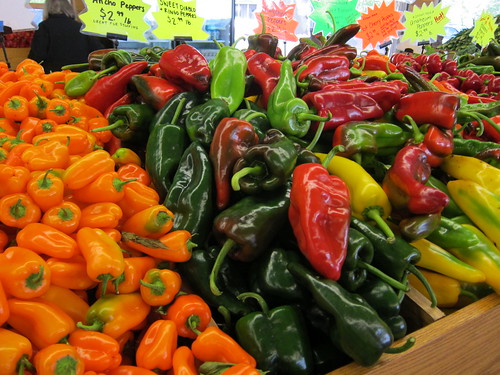 We started in on our fruit challenge on the ride home.  Jeremy is excited about this report that he’s working on for work and he loves to talk about it and I (unfortunately, and a little inconsiderately) like to fall asleep while he talks about all his work stuff.  But I’ve made it an August 15th resolution to try and pay stricter attention to his work when he’s talking about it.  So today, I learned about depleted oil, tight oil and tar sands oil and pumping mechanisms and carbon dioxide as a benzene-like solvent (which I knew) and which fractions are heavy and which other ones are light.  Every once in a while, I have to examine a patent that involves pumping oil out of the ground – usually with a surfactant-based fluid…. 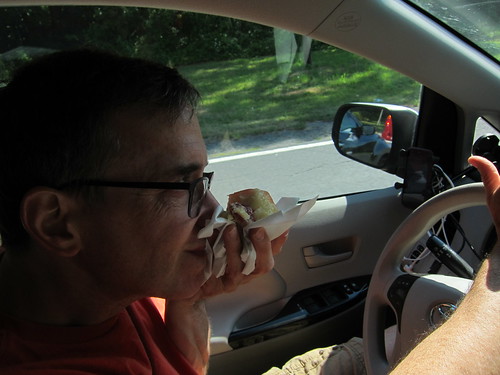 I spent the rest of my day with Vince.  Well kind of with Vince.  His boy scout troop is helping directing cars in the parking lot so that the grassy lot just doesn’t become a mass of swarming cars.  The troop gets paid for this and, in turn, I don’t have to help Vince sell popcorn, nor do I have to pay any other fees/dues for the year.   There is a minimum number of hours each scout has to work – it’s about 35 hours, but there are incentives to put in more hours.  Vince told me that this year, he wanted to work the whole fair.  Like every possible minute – so that’s from 8:30 am to 10 pm.  We are on the 2nd day of this, let’s see how long he can hold up.  I think if you work the whole fair, you get some sort of Ironman patch and bragging rights. 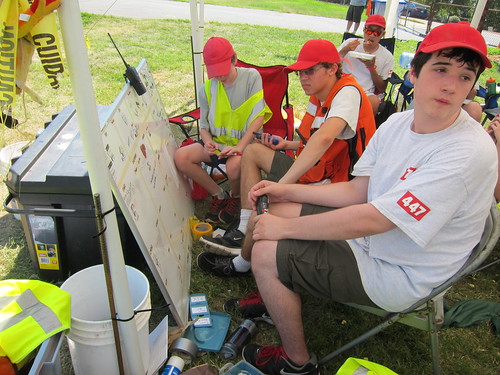 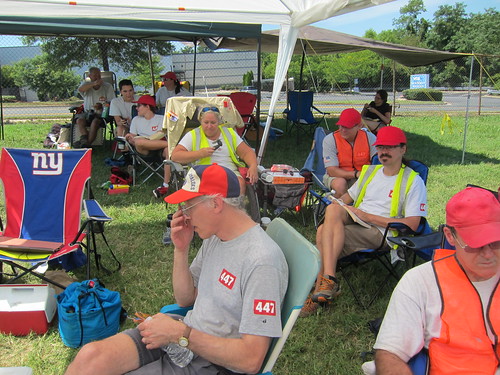 I went home at 6 pm and went to Ben and Jerry’s where I had the best flavor ever: Two Wild and Crazy Pies. 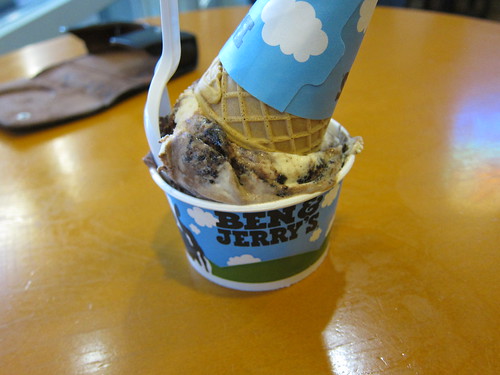 Tonight, we listened to all our favorite peach songs: Spanish Pipedream by John Prine and Peaches by The Presidents of The United States.