We spent two nights away from the kids this weekend.  We don’t do this very often.  We have a lot of childcare during the week, but on weekends, we are more reluctant to call on our childcare providers to take care of Edda.  It’s a tangle of issues and emotions.  On the weekends, Jeremy likes to cook and I like to nap – it’s very economical to stay in the house.  We take turns doing our own things on the weekends, which is fine.  But someone is always home because Edda is always home.  Vince is often out, doing his own thing, sending texts every few hours updating us on his location (I should just install a homing device on his phone and be done with the texting) or else he’s in his room doing teenage boy things that, well, are best left for mothers to not know.  We end up working a lot on the weekends.

Anyways, we made it a little mini-goal – a part of our marriage performance-improvement-plan – to get out of the house more together.  So for our first trip, we made it to Jeremy’s parent’s house in the Hudson Valley.  The weekend was anchored on Emy’s work performance near Bard, an art installation having to do with sound. 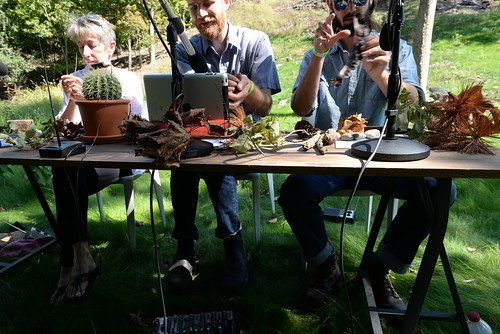 Emy and company performed a John Cage piece which involved “playing” leaves, rocks, sticks, pods and a cactus in a prescribed, yet (I think) somehow random manner for about 45 minutes.   The plants were played near the microphones and then the sounds were heard through radios scattered along the path and woods nearby.  I found out a few years ago that I have something called ASMR where I feel a little tingly thing-y in the back of my skull when I hear quiet, repetivitive sounds.  Actually, I’ve always known I’ve had this sensation ever since I was a child, but I didn’t know anyone else had it and I didn’t know it was called AMSR.  Now ASMR is a “thing” – lots of videos on youtube – I spend time listening to it to calm down when I’m anxious or to relax enough to sleep.   So a live performance of quiet, repetitive sounds was completly engrossing and relaxing for me.  That is was a beautiful day in the woods also a big bonus. 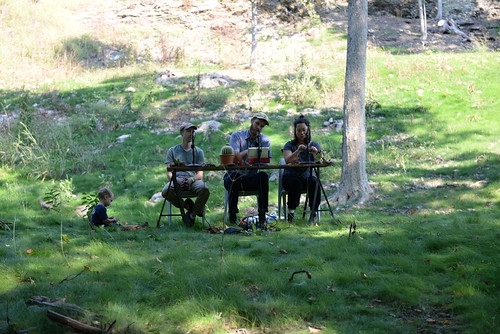 There were also other sound installations, like this one, full of old tape decks playing modulated sounds on AM frequency. 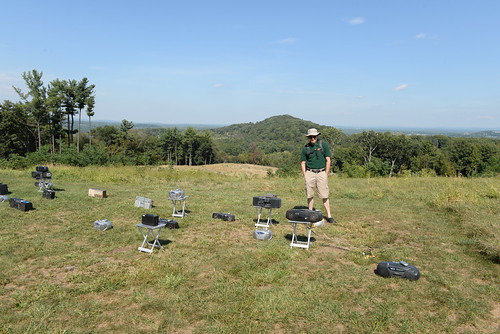 We had a nice lunch there as well.  I had a speck sandwich.  What is speck?  I think it’s a fancy word for ham. 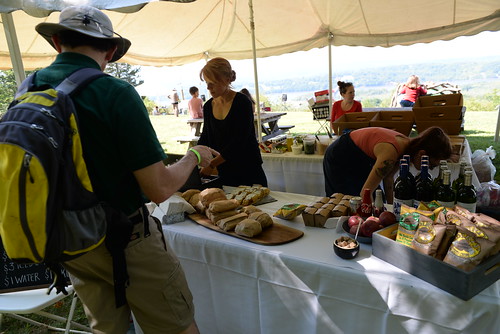 One thought on “Weekend away.”