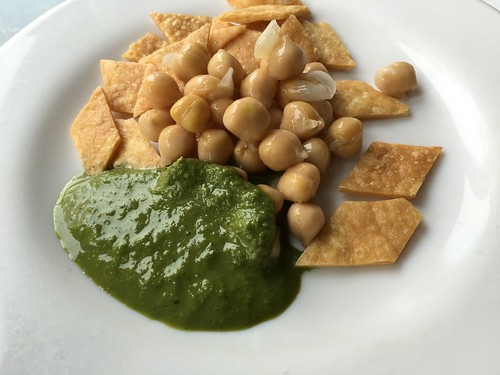 When Jeremy’s gone, I can get a little mopey and introverted.  So I try and make some plans with friends to remind myself that I’m not alone in this world.  A little dramatic, but sometimes I think, left to my own devices, I’d be a recluse/hoarder/cat owner.   I saw a good friend and we went to the local Indian buffet for lunch. 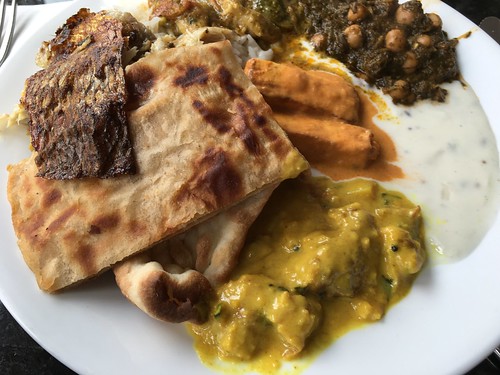 Edda came home and got herself into some makeup. 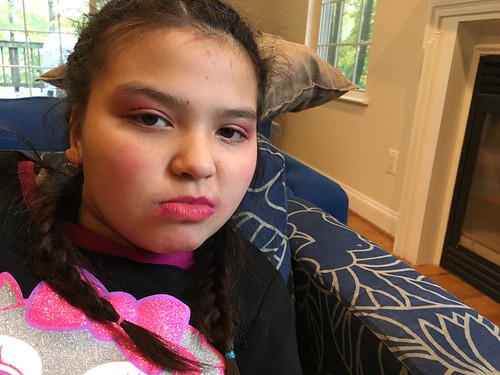 We went to the IB open house at Richard Montgomery.  The county has a bunch of competitive magnet programs housed in different high schools.  Vince did not want to leave his home high school and/or his friends, but there is a very highly sought program right here.  Magnet programs are both appealing and not appealing to me in my own warped mind.  There is no other simple, short-cut way of outwardly indicating that you totally did it and achieved the upper-middle-class suburban Montgomery County excellent parenting award than to say – my kid goes to the IB program, Stanford, MIT, etc.  That fictitious award does have power over me.  However, I know it’s not what Vince really wants (or for that matter, what I really want) and I know that it’s the fake parenting award, it’s not the one I’m after even though it’s the shiny-est.  I do like shiny things.

Lots of parents asking all the questions – I made Vince ask all his questions (the main thing was what the difference was between IB Chemistry and AP Chemistry), I gently directed the teachers to look at him and not me when answering the questions.  We got an enthusiastic senior to tell us how he’s taking three science courses this fall even though it’s counter to the program’s approach of creating the holistic student.  He got all his questions answered and we bailed before the formal program started with Vince laughing and saying – it’s not for me!  let’s go get some groceries and to the scout meeting. 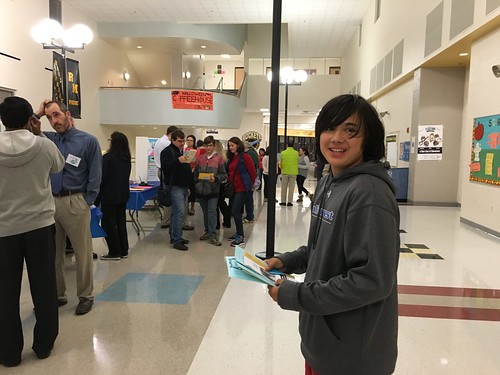 Vince helped me get some groceries.

At the Giant.  My favorite grocery store. 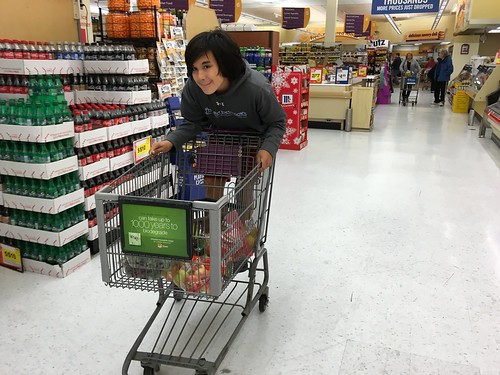 Then we played dodge ball with the scouts.  I did play a round, but I haven’t learned how to really hurl a ball well.  All my throws are puff balls in a wide arc.

One thought on “Tuesday.”