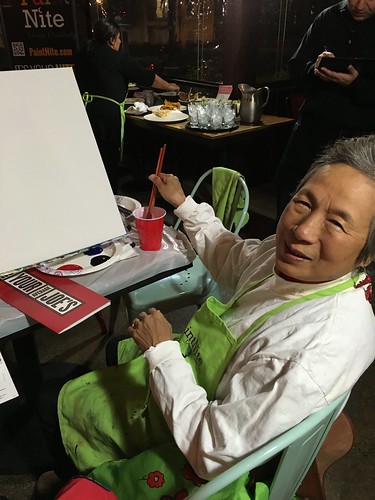 Remember the birthday party I went to a few weeks ago?  The one where I painted?  I thought my mom would like to go to one of those, so I took her out last night.   We got there early and picked out our spots, but then as people started to come in, it became apparent that we were going to be in the middle of a rather large birthday party.  I think we would have moved if we realized early enough what was happening, but by the time I figured it out, there weren’t two seats available adjacent to each other.

Anyhow – we ordered dinner first.  I was very hungry. 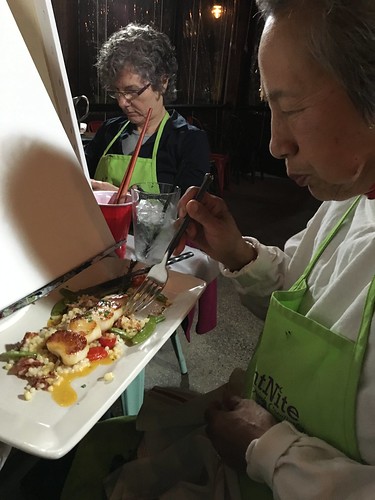 Then we went to work. 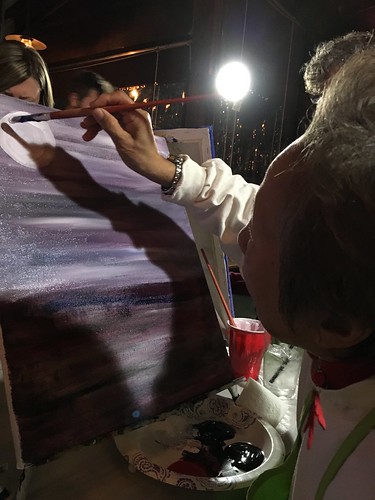 A moody painting this time.  Painting with black is very stressful.  You feel like one errant stroke, and it looks like a black gash across the canvas.  We had a nice time. 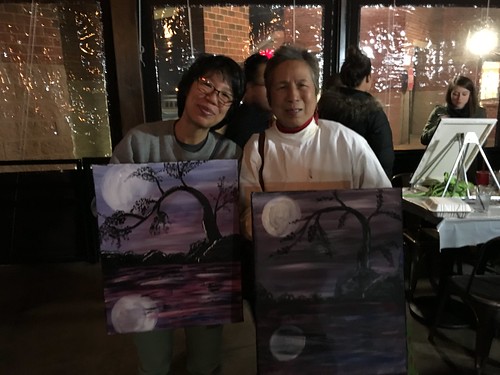