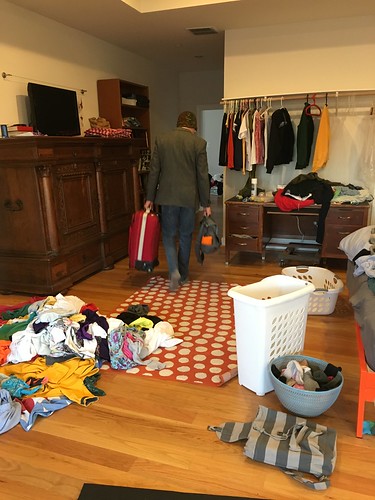 Jeremy heads out this morning for business.  He declines a ride to the Metro because it amuses him to strap his rolling suitcase to the back of his bicycle.  He told me that he’s only taking public transit on this trip to Davis, CA  (the bicycle capital of America).  I guess the plane isn’t technically public transit, but it’s mass transit, right?  Because it isn’t a private jet.  I can’t get the terms straight. Anyways, he texted me from the Sacramento airport saying that he gave up and took an Uber to his hotel instead of the bus.  2 hours vs 25 minute after a long day of travel.

Keyla took the kids to get a Christmas tree.  I wanted them to use the fake tree we have tucked away in the garage.  But then everyone looked at me with sad eyes and reminded me that I’m always the grinch.   Now the house smells like Christmas.  Doesn’t Edda look like she’s singing a Christmas carol in this photo?  Wouldn’t it be something if Edda sang to me on Christmas?  Maybe I’ll ask for that from Santa. 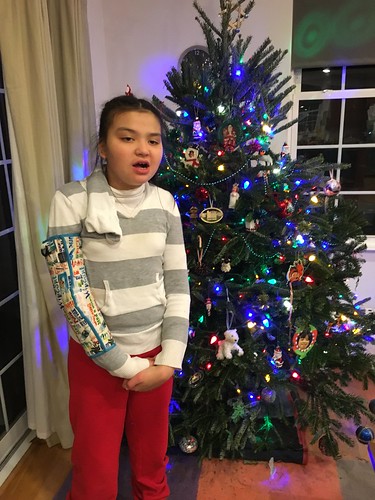 Finals week!  I very rarely study or work after 8pm, I’d rather get up at 6 am and start working right away.  But today I found myself at the library after my own bewitching hour.  I remember when I used to start studying at 8 pm.  OK, I would never really start studying at 8pm, I liked starting right after class ended – like at noon or 3pm and then working through until midnight with a dinner break tucked in there with some pals.  I never pulled all-nighters.  I never really crammed for anything.  I was at the library a lot when I was really a student – but get this – I never thought I spent a lot of time at the library.  Until I went to grad school and someone flagged me down the first week and said – I know you!  You were always in the library!  Sigh.  I hope I had fun then – I think I had fun.  Now I’m a fake student, I often have no idea what’s going on – I’ll show up to cancelled lectures or forget when assignments are due – and I’m found cramming in the library an hour before the test. 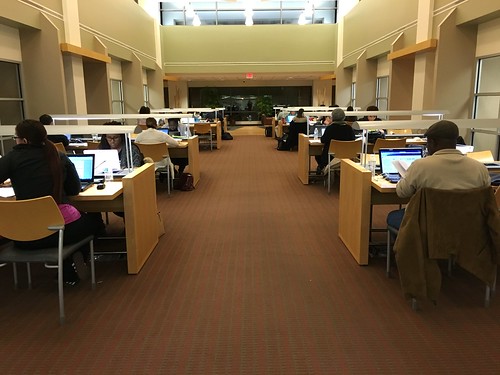