I signed up for my pediatric clinical rotation for spring term today.  This will be my 4th clinical course.  The first three were adult health, psych and OB.  I was lucky enough to do adult health and OB at Shady Grove.  I did sign up for psych at Shady Grove, but that one ended up cancelled and I went to NIH (which at 5:30 am is only about 15 minutes away from the house).  For peds, my choices were Baltimore, DC or Annapolis.  All far from the house, all an insane commute away.  I know tons of people commute more than that every day, but I’ve gotten used to commuting the 10 feet from my bed to my desk.  I ended up choosing Children’s Hospital on Saturdays.  I’m not sure I’m excited about working with kids and their parents.  Lots of people know they want to work with kids.  I’m a little nervous about shoving an NG tube down a protesting kid’s nose.  I also am, yet again, starting with a new cohort – so I gotta find some friends.

Speaking of Children’s, Edda’s back is curving as she’s growing into puberty.  You can’t really tell from this photo – her neck is tilted from her hand mouthing, but she’s developing an “S” curve.  We have an appointment in early Feb for an ortho to eyeball her back.  I thought we would be able to dodge the scoliosis part of Rett Syndrome since Edda has been able to walk so well, but now I think the scoliosis is due to her constant, repetitive hand tapping.  The tapping causes her to lean in one position all the time and now as her back is lengthening as she’s trying to add height, the curve is becoming more pronounced. 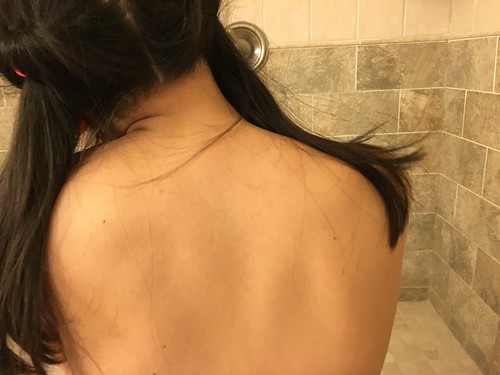 Vince is trying to figure out his version of a philly cheesesteak.  Steakummmmmmssss.. 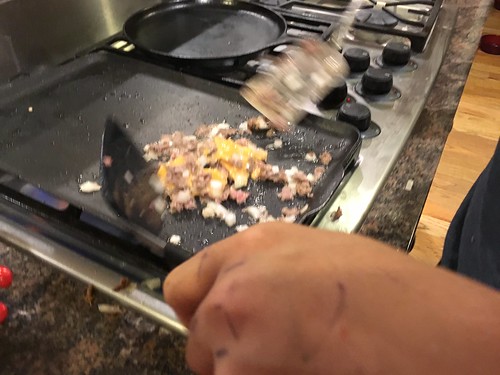