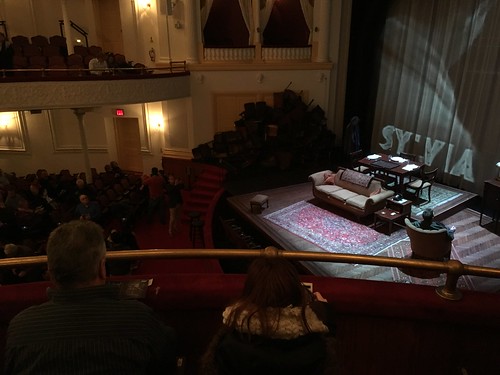 Determined to have a “real” date night last night, Jeremy and I went to see The Glass Menagerie playing at Ford’s Theatre.  I’d never seen or read anything by Tennessee Williams – not A Streetcar Named Desire nor Cat on a Hot Tin Roof.  It was delightful – I wonder why I don’t see plays more often.  I like the exaggerated voices, accents, movements that come with live-action.  (Does live-action refer only to movies – as opposed to animated?)  I also like knowing that the actors do the same performance night after night and that this high drama repeats itself over and over again.  I just finished Life After Life by Kate Atkinson which tells a tale of a woman who lives her life over and over again and small decisions along the way lead to drastically different endings – so I’ve got deja vu on my mind.

It was interesting to go see it at Ford’s Theatre – where Lincoln was shot.  Do you see the American Flag coming out of Jeremy’s nose? 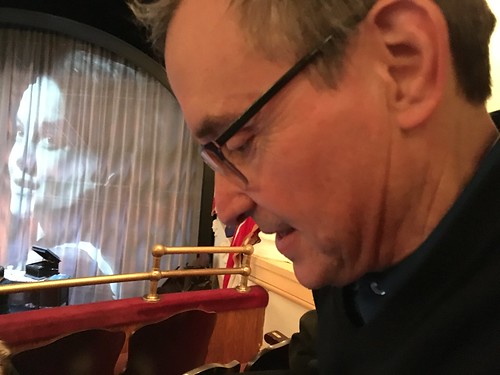 Our balcony seats were right next to the presidential balcony – you can see it with all the bunting. 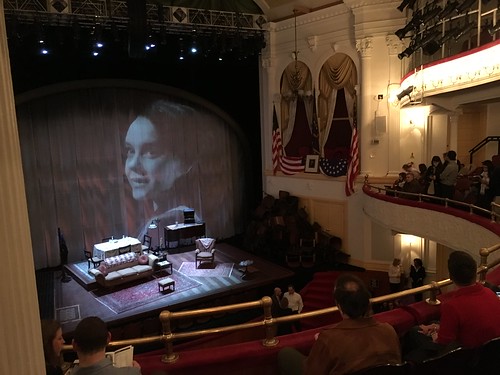 2 thoughts on “The Glass Menagerie”