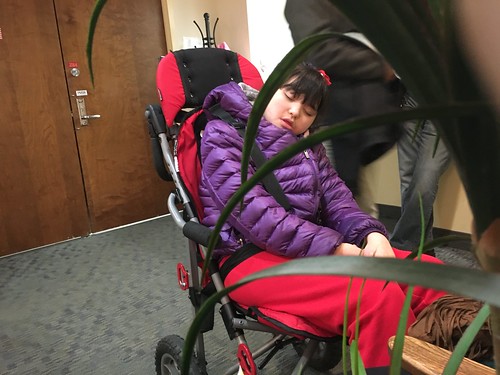 We are getting Edda’s wisdom teeth pulled in a few weeks, today was the consult with the oral surgeon.  I’ve been learning to be satisfied with squeezing feeling triumphant over every little success because so much of my life can seem like (as in the following photo where the dishwasher flooded the kitchen at 7am) moving from one snafu to another. Today’s success was that we managed to get Edda to have a full panoramic maxillary x-ray done so the oral surgeon can see what he’s going to do before he roots around in there.  Edda stood on the a marked spot and we rested her chin on a little platform and the x-ray machine swung 360 around her head and while it was swinging, I held her torso and Keyla held her little TV and we got it!  I couldn’t believe it.  Her wisdom teeth are there, tilted on their sides ready to erupt in their errant directions. 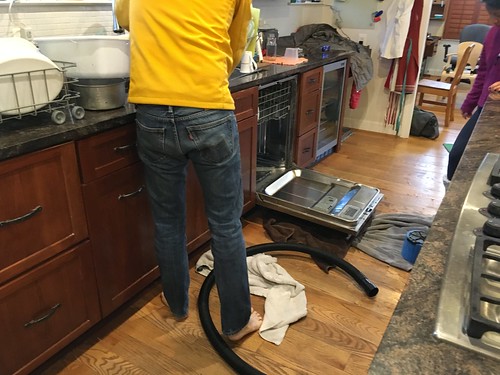 Jeremy is out tonight – I think at a work event.  I don’t know where he is and I’m not sure when he will be home tonight <- this is what I told Vince.  They flew in the whole California office to do training about race.  In prep for this, he had to do some online LGBT awareness training the other day.  We discussed at dinner hypothetical situations such as:  if Jeremy decided he was really a woman and not a man, but he still wanted to partner with women, would he be a lesbian?  The answer is yes, then s/he would be a lesbian.  Then I wondered if he became a woman and I still wanted to be married to him/her because now after 20 years, I can’t really imagine living without him/her, but generally was still attracted to only men, would I be a lesbian?  First, we decided that that was really a second order situation and maybe not worth defining, but if we had to, then I guess I would then be bisexual.

Vince fried some chicken tonight for dinner.  And we washed the dishes by hand because our dishwasher is *&#^ broken. 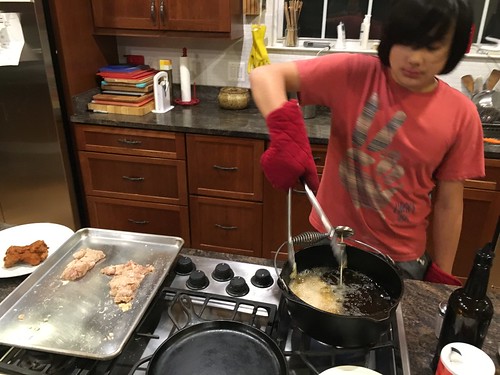 One thought on “Oral surgery.”