On Wed, I finished a 15 minute interview with a fake patient/actor (the reason I had to go home) who had deep vein thrombosis and then I got into the car and drove 5.5 hours to Bard.

I put my bags down and Jeremy and I headed to dinner with Emy and Seth.  They prepared a delicious pasta dinner with all the stuff they’ve been getting in their CSA.  Seth also told us all about his microbe pets – brewing beer, making sourdough bread and kombucha.  He offered to give us some of the microbes, but I told him that we had to take care of the children, then the pets, and finally the plants.  The plants are suffering a little bit, if I went down the evolutionary ladder, I would not be able to muster enough concern for them to keep them alive. 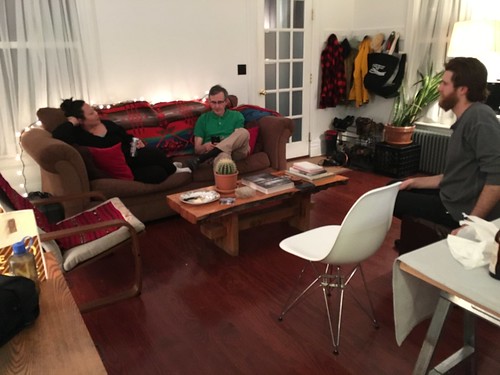 The next morning, we had breakfast with Kiki and Kappa.  Keyla drove the Civic back to Maryland to start her own road-trip vacation and the rest of us headed to New Haven in the van. 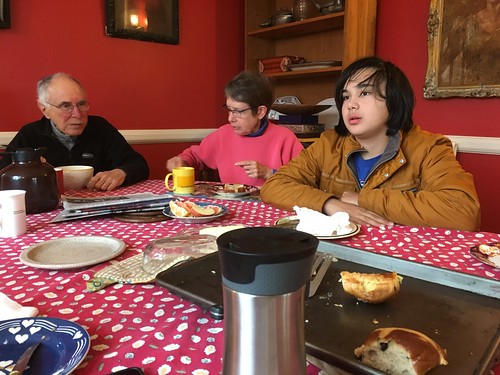 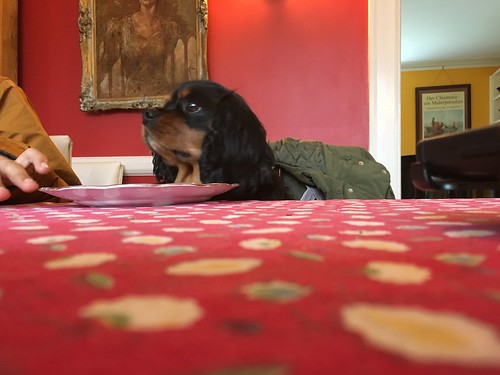 But first, we tried to see Eileen at the conservatory – but she wasn’t in yet.  Boo. 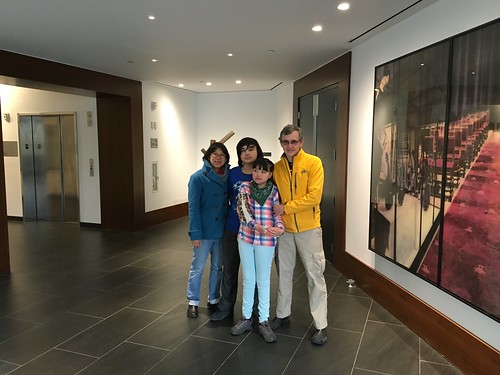 In New Haven, as we waited for people to be done with work, we ate New Haven pizza.  We ordered too much. 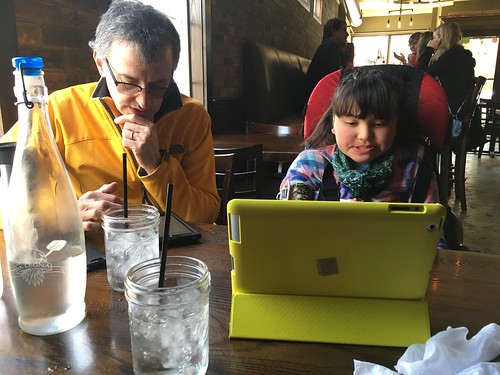 We found Bob’s old apartment.  We also explored the Yale campus and because we needed to find ramps and elevators, we stumbled through many buildings including the third floor of the chemistry building past graduate students with pipettes who peered out of their labs to wonder what we were doing there.  Yale seems completely accessible, but it is not obviously so with ramps tucked behind stone pillars and elevators in various nooks. 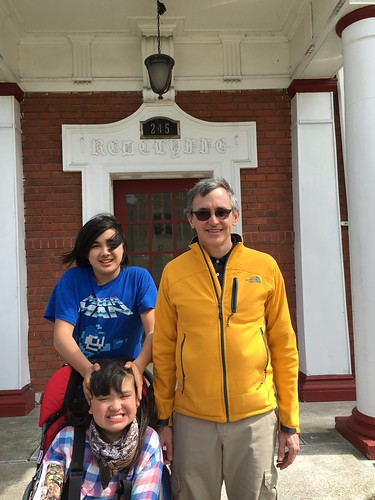 We went to the Peabody Natural History Museum.  Edda loved the main room!  With the brontosaurus.  We got in during the free hours, hooray us! 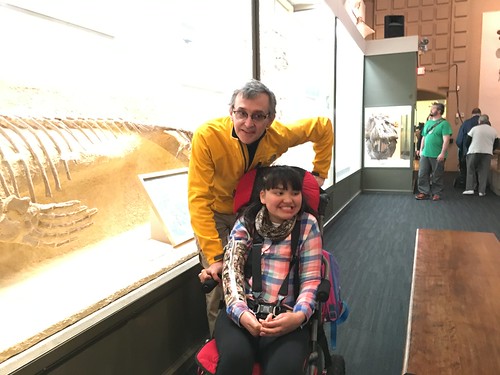 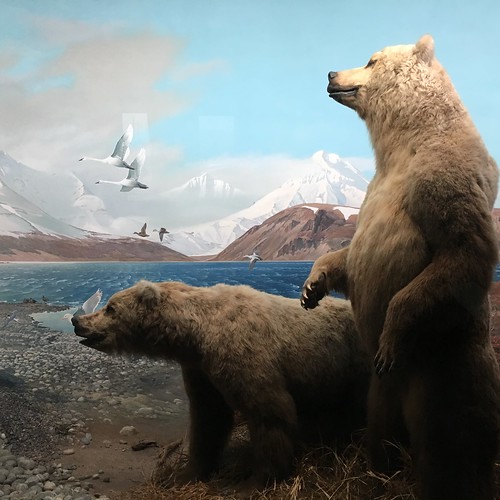 First set of friends were Karin and Melvin.  We talked about spinal surgery (Melvin had and Edda will have), we met their dog – Lionel (not Richie, but Messi) and Milo, their son, played Minecraft with Vince.  They also had very good, square donuts.  Karin just finished her book on a famous poet, I’m excited to read it when it comes out. 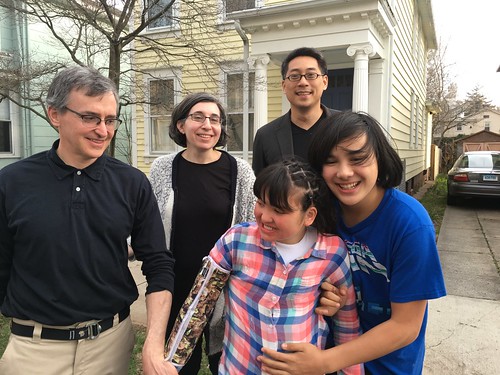 Next, we had dinner with Lisa, a college friend of Jeremy’s.  I just finished reading her book about surviving brain cancer from 18 years ago.  Now she’s working on a book about her severely disabled sister who just passed away in 2014.  I’m excited to read that book too, but she warned that it might be another decade. 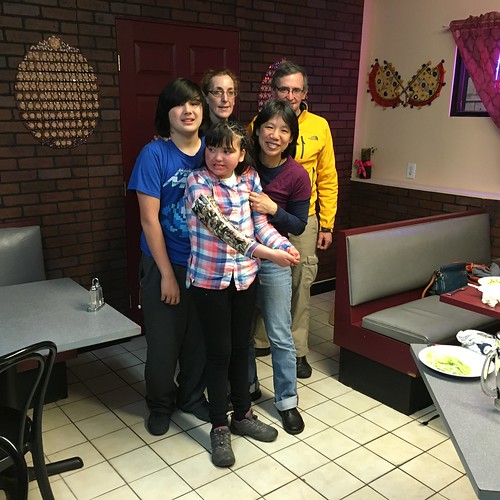 Again too much delicious food. 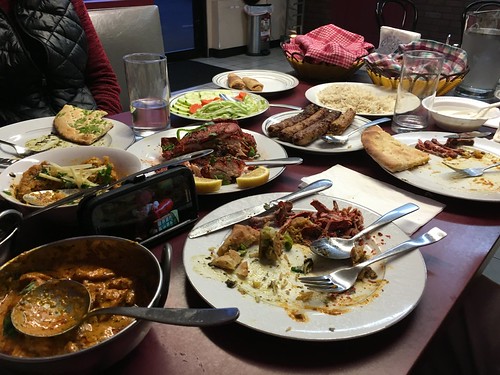 After a night near New Haven, we drove to Long Island and had lunch at the IKEA. 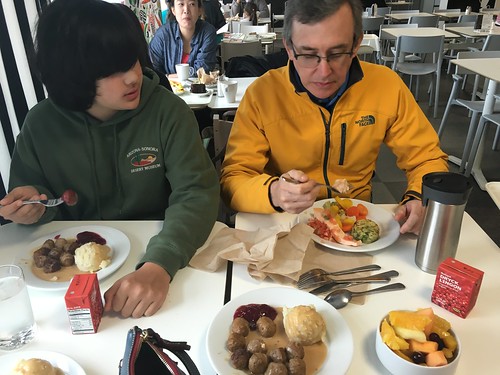 Met up with Alan at Teddy Roosevelt’s house, Sagamore Hill.  Vince is clearly excited to go on the house tour.  There were lots of animal skins all over the house. 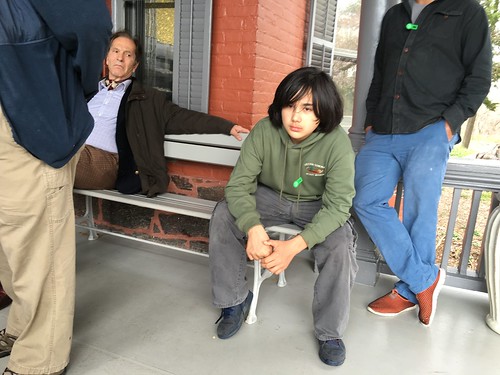 Had dinner at Alan’s place with Viviane and Hai.  We played board games. 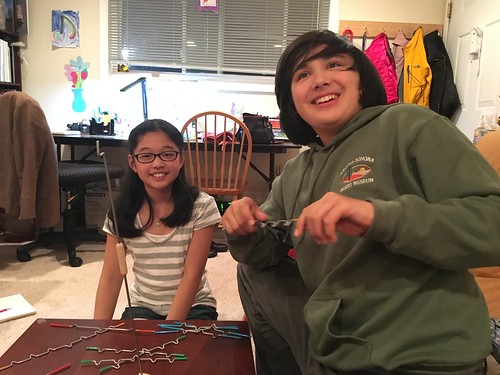 Then, in the morning, we had bagels with them before we came home.  This was our attempt for self-timed photo: 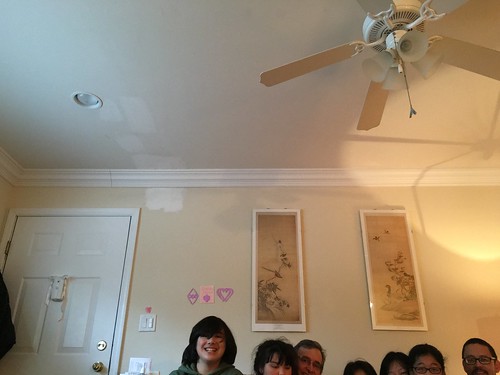 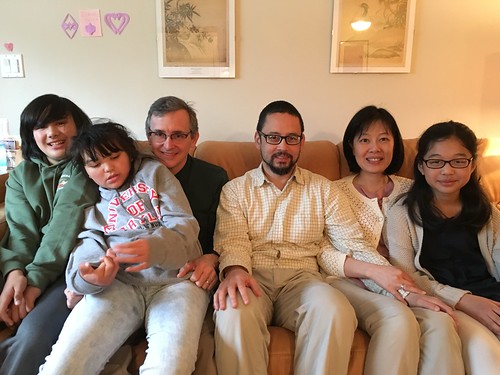