I gave Edda a haircut this weekend.  Jeremy’s been struggling with Edda’s hair during the morning routine, I’m trying to make it easier on him.  I left it just long enough to gather into a ponytail even though, really if you aren’t going to put it up, it’s better to be off of the nape of the neck with a cut that ends ear length.  I think I’m going to have to cut it again next weekend.

Today we drove up to right across the street from Camp David.  It’s glorious up there in the Catoctin mountains.  Early spring with the pale leaves. 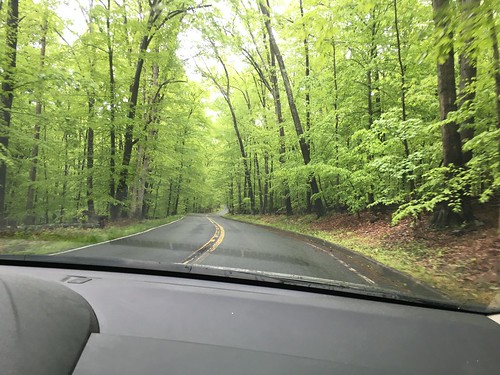 We were headed to a place called Greentop run by the League for People with Disabilites.  They run a summer camp and a weekend a month with overnight stays for kids like Edda.  They had an open house there today and we went and toured the facilities.  They’ve been around since the mid 1930s in facilities built by the WPA.  The camp was originally organized for people with polio.  Now they serve people with all types of disabilities including adults, the longest camp-attendee has been coming to camp since 1962. 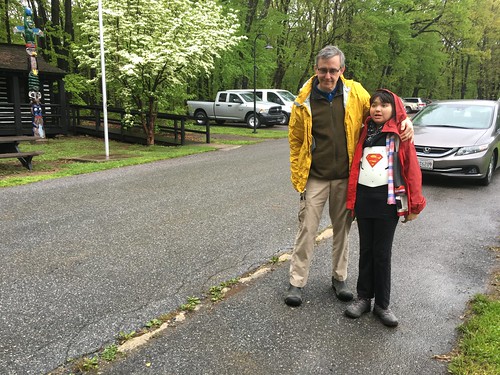 We saw the kitchen. 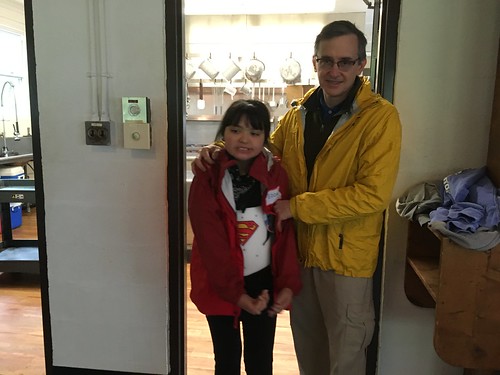 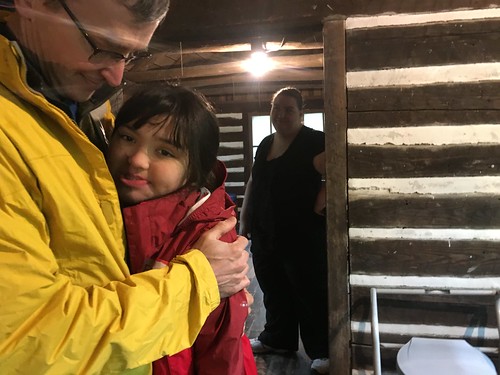 The pool, the rec hall.  It was a rainy day.  We had ice cream and bought all sorts of T-shirts. 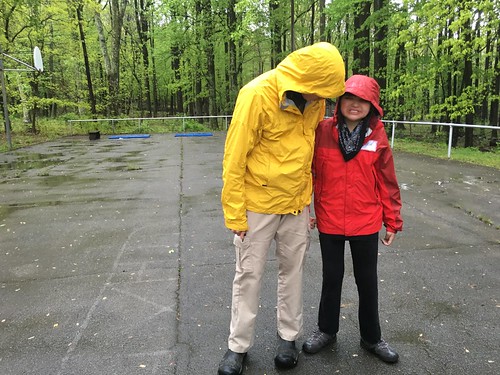 We loved it.  Jeremy loves the Catoctin area, he wants to go to camp there.  We know nothing about the waiting lists, but we’ll look into it.  Many questions were brought up – seizures? no problem.  pureed food? no problem.  diapers? no problem.  gluten free? no problem.  hates arts and crafts?  no problem.  The toughest part is the sleeping, Edda needs to sleep through the night without making noise.  Hmm… she kind of does that.  Mostly?  Anyways, we’ll try.  Maybe it’ll be ok.

The director said there are no goals at camp except to have fun.  For some kids, success is just making it to camp.  For other kids, success is participating for a couple of minutes in an activities.   I’m hoping Edda has a good time.  They have some openings for a weekend in December…that just sounds cold.

On the way home, we stopped off at a favorite pie stand and got an apple pie: 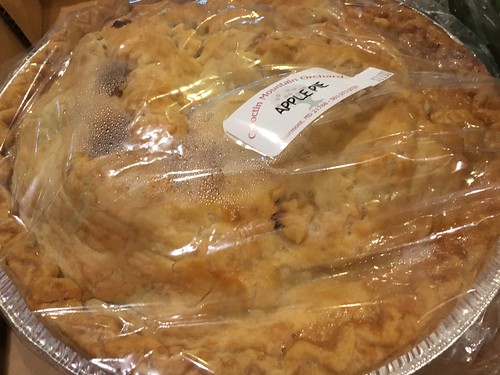 And some pickled eggs? 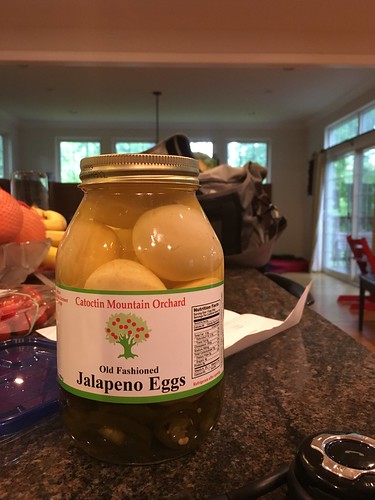 One thought on “Haircut. Greentop.”