Jeremy’s struggling a little with the prednisone taper.  He feels both well and not well at the same time.  Today is his last dose, hopefully, he’ll feel good next week.  You think your personality is you, but while he was on the oral steroids, he spoke faster and was more decisive.  He had to apologize to someone at work because he couldn’t let them get a word in edgewise.  He also needed much less sleep, he just wasn’t tired.  I hope he got some work done in the middle of the night. His face is better, but still lopsided.

I still need my regular amount of sleep.  I’m like Goldilocks, too much makes me groggy, too little makes me short tempered.

Summer is half over.  I mark summer by Edda’s time in camp. It’s a seven week camp and she’s done four now.  Now it’s the last three week session.  I think Edda’s having a good time.  I want Edda to have a good time, but it’s hard to tell which makes it a little hard for me.

Vince is back from overnight computer camp.  Jeremy went to the Friday afternoon pickup/ceremony.  Six of the kids in this photo are Vince’s friends from school.  He said the best part of camp was the hanging out in a college dorm in the evenings, listening/dancing to music and just doing whatever they wanted.  Eating pizza and hamburgers everyday. 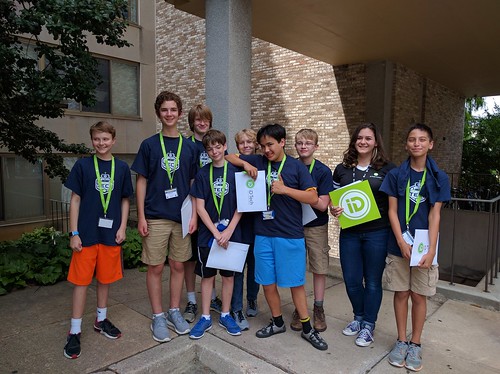 He had a course in 3D printing. 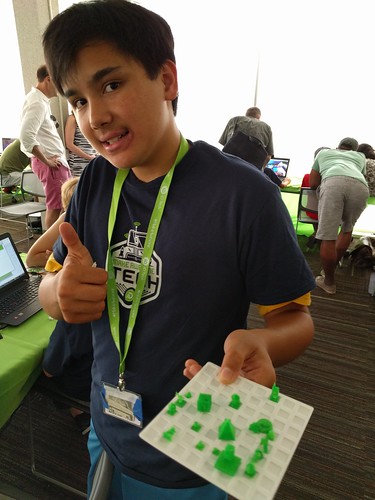 His little masterpieces.  Those chapped lips!  Forgot to pack chapstick.  Who needs chapstick in the summer?  Apparently Vince does. 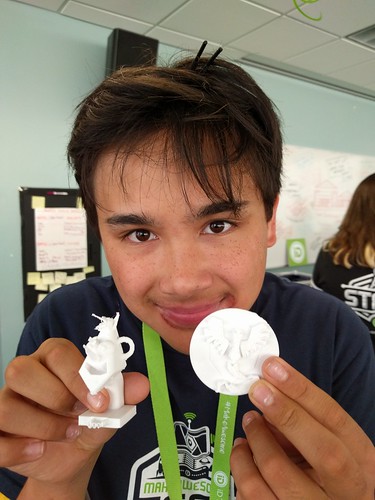