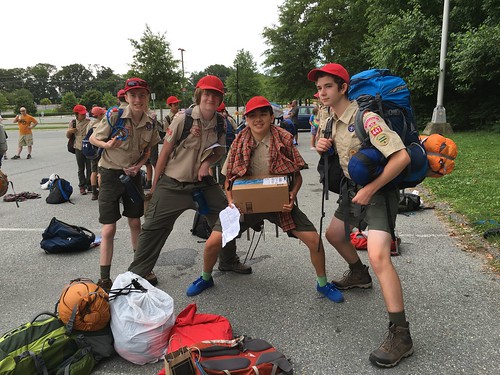 Vince and I showed up right on time at 8:30 am with forms, lunch, luggage and a good attitude to the bus meeting place.  Turns out that the bus wasn’t scheduled to arrive until 9:30 am with a departure at 10 am.  How come I forget that there is a lot of waiting around every year?  I think I’ve left early before at drop off, but today was a nice day and I was in a chatty mood so I caught up with some other parents for 1.5 hours.  We talked about a bunch of stuff – but we talked a lot about our body parts failing us and what we are going to do when we retire.  hahahahahaaaaaaa.   Is this what happens when kids go to high school? 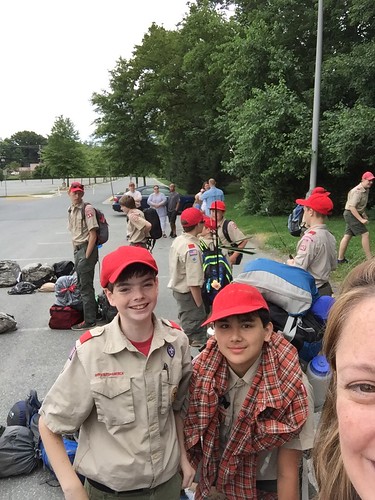 Since there was a bunch of waiting around, it allowed Vince and I just enough time to turn our good attitude into getting annoyed at each other.  Vince, as he’d had nothing scheduled for two weeks, has been shifting his bedtime to 2 or 3 am, which is fine when he doesn’t have to get anywhere at 8 am, but I’ve been trying to pull it back to 10 pm by last night which didn’t work too well.  I like to have Vince start exhausting trips by being fully rested going into them, but I think I failed today.  Nothing makes us more annoyed at each other than one of us being underslept.  If both of us are underslept, it just turns ugly.  Being well rested allows for a calmness and serenity when faced with fraught mom/son interactions.  Anyways, he was underslept this morning and got mad at me because I reminded him to finish his cooking merit badge (something he wanted to do early last week when he was fully rested) and because I told him that unfortunately, his care package wouldn’t arrive until Friday because it wouldn’t go out in the mail until Tuesday (he hadn’t quite worked out the mail math when he insisted on making chocolate chip cookies for himself to go into the care package last night). 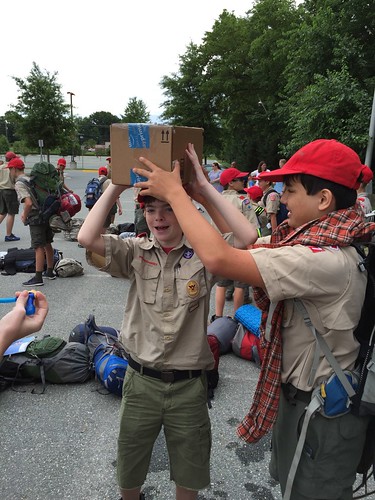 Anyways, we worked it out in the end.  I went back to the house to pack up the care package and wrote all over it “Don’t Open Until July 5th” (I’m sure he’s already opened it, but in the meantime, he balanced it on Sam’s head) and he agreed to do the cooking badge. 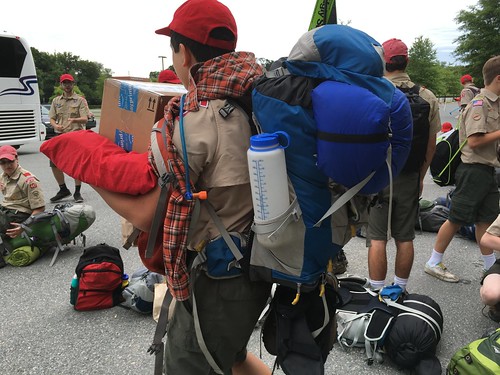 I don’t think he’s going to shower for a week. 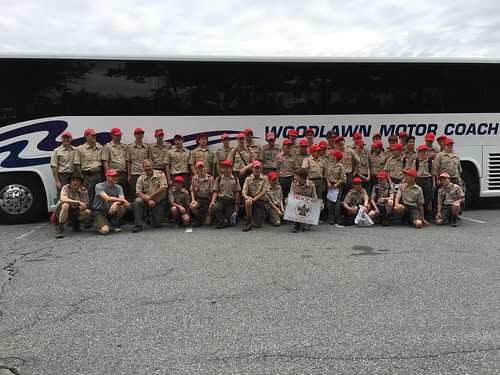