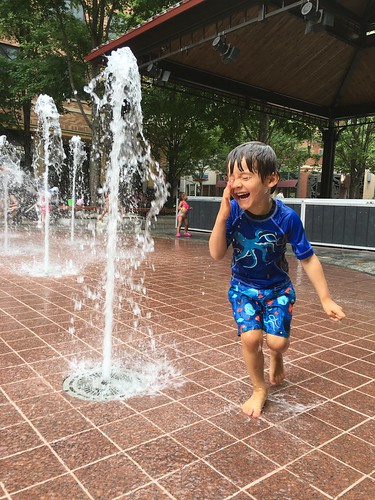 You know what’s fun?  Being three is fun.  You get to play in the splash pad and have hamburgers and fries for lunch.  I learned both the word butt and butthole in Korean from Bert. 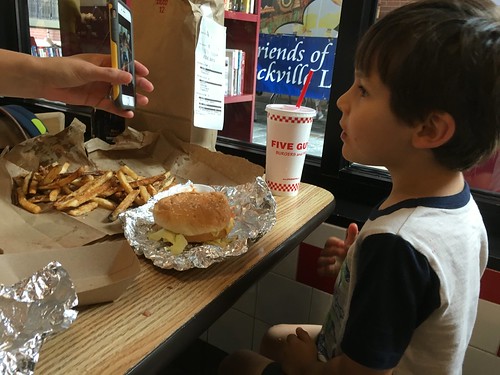 Vickey introduced me to cajun flavored fries with malt vinegar (at my most favorite burger place – Five Guys).  She says it’s like fish and chips.  I said I liked it, but when pressed by Vickey, I admitted that I wouldn’t order them again – I’d have the plain ones and I’d stick with ketchup. 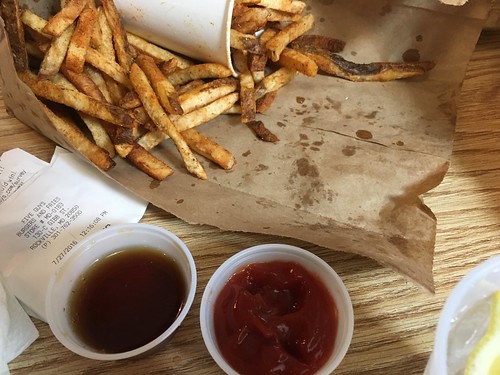 Vickey also introduced me to this new thing – a way to make 100 water balloons in 1 minute.  Each of these balloons have little straws all attached simultaneously to a garden hose connector and when they are full, they pop off the straw and seal with a tiny rubber band. 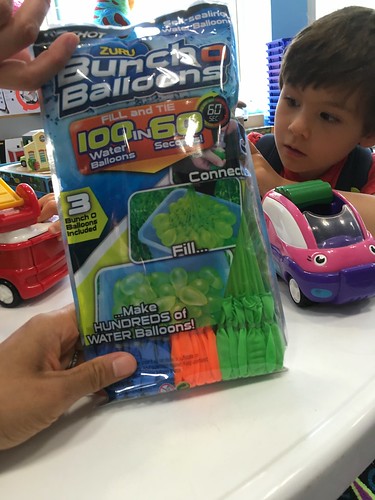 We got to assemble a Playmobile ambulance which was harder than I remembered when I assembled little toys a decade ago for Vince.  I think it was harder because my eyesight is terrible-er and I didn’t have my glasses within arms length.  Lots of squinting to apply the small stickers in a straight line. 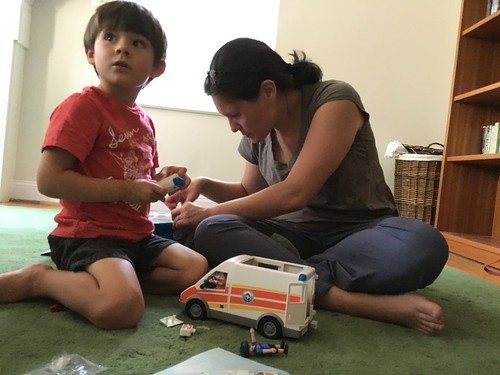 Came complete with an injured “Jeremy”.  Poor guy, luckily it was only a flesh wound and just needed IV fluid, which the ambulance had.  I miss my boys – they don’t often leave for a week together.  I have a slight, irrational fear that they won’t come back and then I’d miss them and then I’d have to do the rest of my life without them.  That would be hard. 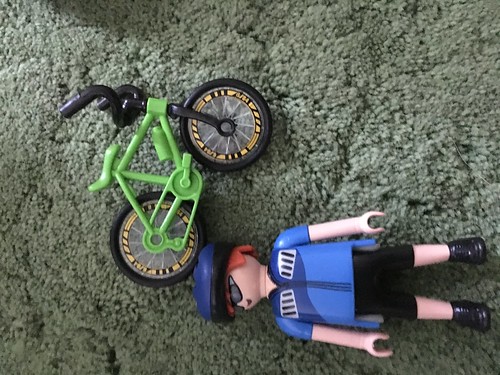