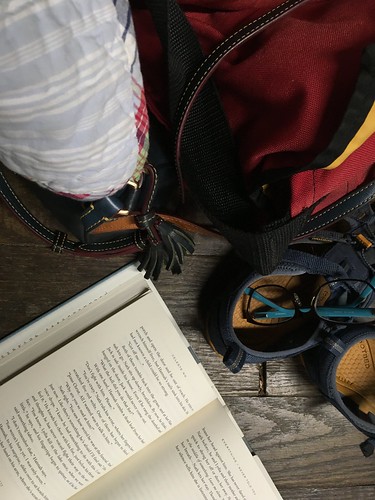 I’m sorry!  I’m behind on the comments – Yes!  I gave up on the Goldfinch.  But I found another – Everything I Never Told You – Celeste Ng which I started and almost finished while camping.  It’s done now and my book drought is over.  It was excellent – even though I initially resisted because it’s written by an Asian woman who went to Harvard and I hate Harvard.  Ha ha.  No, I had no idea about the Harvard thing.  I just resisted because the story is about a mixed white/Asian marriage and a dead kid, so I thought I didn’t want to go there.  And I have read All the Light We Cannot See – Anthony Doerr and I had even read before that the Four Seasons in Rome by the same guy while we were in Rome.  Although I liked it enough to finish it, I wasn’t swept away by it or anything – it wouldn’t be the first thing I’d recommend to someone.

Yesterday – after the camping, Bell’s palsy diagnosis, doctor appointments, blood draws, pharmacy visits, dropping all the kids off at houses and re-coordinating all the boys to meet up again for dinner, working for some moments – Jeremy and I celebrated the 21st anniversary of our first kiss which happened on the steps of the Chemical Engineering Department at Caltech after we saw a terrible art house movie called Safe starring Julianne Moore.

We decided to celebrate by bringing Julianne Moore back into our relationship by watching the current art house movie she’s starring in – Maggie’s Plan:

Then we went to Cava where we had fast casual food quickly and informally.  Here’s to the next 21! 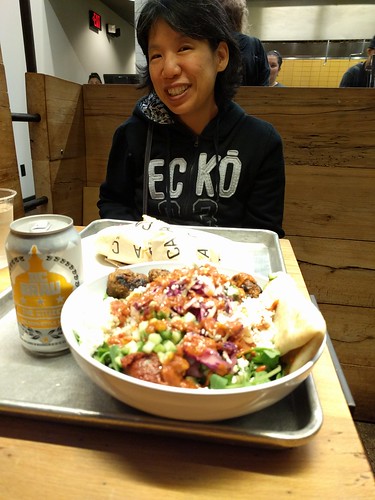 One thought on “Twenty-one.”