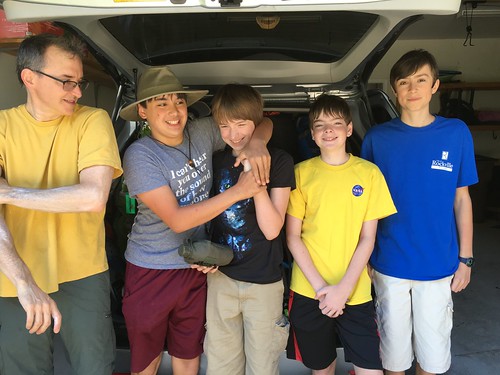 Since Jeremy accrues vacation quicker than I do (mainly because the whole week between Xmas and New Year’s Jeremy’s office is closed and you don’t have to use vacation time for that..), he’s wanted to take time off in the summer to do a dad camp where he takes Vince and a bunch of friends to Catoctin near Camp David for a summer camping adventure.  This is different than scout camp because Jeremy gets to plan the whole thing and be the one in charge.

They left Monday morning, van fully packed, with a plan to come back Wed afternoon.  There was a kink in the plan as late last week, Jeremy got a phone call to do a VIP roundtable thing in the city on Tuesday afternoon, so the amended plan was that I’d take the day off Tuesday and drive up in the morning (& take a kid who couldn’t make it on Monday) and then stay until about 8 pm when Jeremy would come back to camp and I would drive home. This involved some extra coordination of Edda-care – a favor for a late pick up at camp & extra late evening care for Edda…

As we were rushing around Monday morning, Jeremy mentioned that his face felt funny, like he was getting hives (he often gets hives) and that he’d take a Benedryl and he’d be fine… 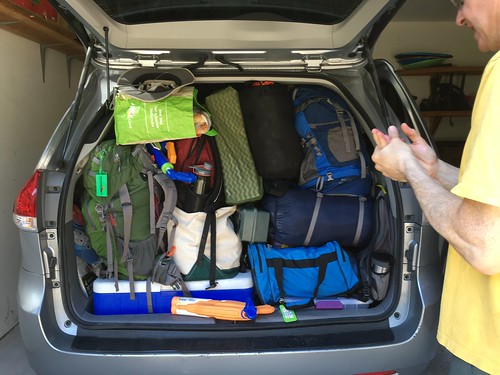 So I drove up Tuesday to find: 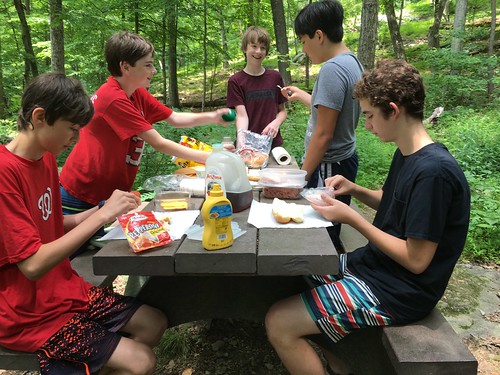 Happy boys in a beautiful setting.  We had the whole place to ourselves. 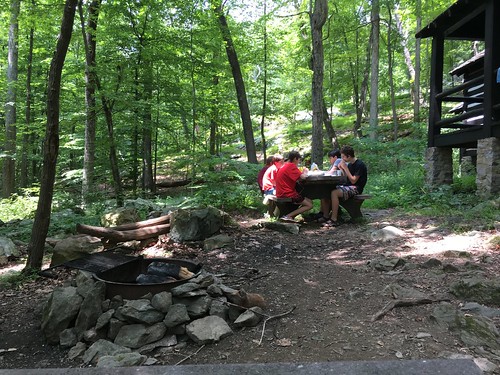 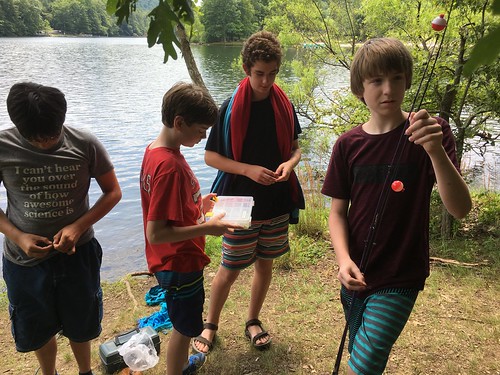 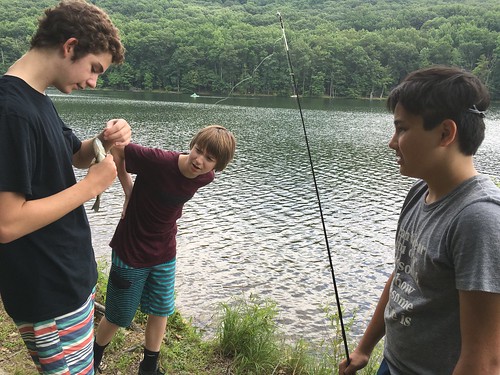 We set fires (but not forest fires): 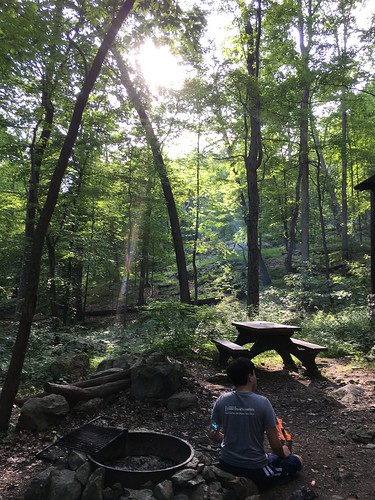 This took a long time: they didn’t want to use paper, leaves or lighter fluid.  They wanted to build little log cabins or lean-tos out of sticks in the fire pit.  I could feel the kids’ glucose levels just dropping and they were just getting crankier and crankier.   I made them go to the van to get snacks – everyone started eating chips and finally we got the fire started. 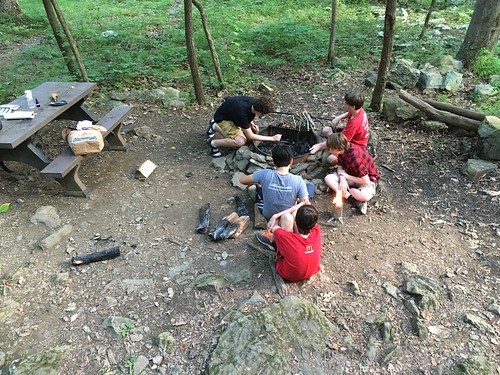 As soon as they got a few hot dogs in them, everyone felt better. 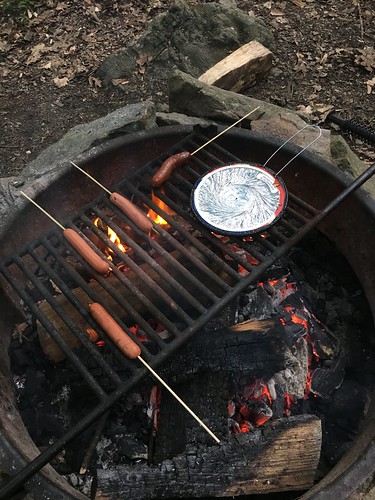 Then Jeremy came back to camp after dinner and when he was talking to me, I noticed that he was blinking funny and he said his face was still feeling weird and only on one side, which led us to think he might be having a stroke.  But I remembered it could be Bell’s palsy – so we had to borrow a kid’s cell phone (T-mobile is cheap for a reason, the Martins had no service, but everyone else did) and we went through the differential diagnosis for stroke vs Bell’s palsy.  Bell’s palsy has an inability to wrinkle the forehead on one side whereas stroke patients usually can wrinkle forehead on both sides.  Bell’s palsy also has sound sensitivity which stroke patients do not and Jeremy was having a tough time listening to the dog barking or kids yelling.  Stroke patients usually have weakness in one arm, lack of coordination, headache and dizziness which Jeremy had none of.  So we decided that Jeremy had Bell’s palsy, but we decided he should go home instead of me to be closer to the hospital and also if he needed to call 911, that he wouldn’t abandon 5 boys in the woods. 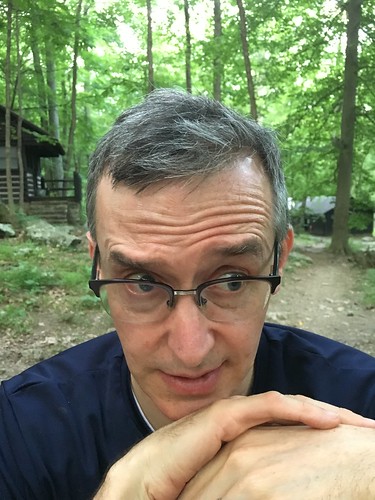 So I stayed the night with the boys in the cabin which was a little awkward because I’m used to being the mom and barging in on everything and I’m used to parenting a group of kids.  Not a group of almost-men who are changing for swimming or just horsing around — so I’d walk in holding a towel, goggles, snacks and someone would yell – don’t turn around or I’d hear the tail end of a joke and then nothing….  I don’t want to portray that they didn’t want me around – they were very nice to me and laughed at my own attempt at humor and such things, but they really are grown up in a new and interesting way.

And, yes, Jeremy went to the doctor today and has Bell’s palsy – a course of antivirals, a course of steroids and follow up with a neurologist – though we hate neurologists. 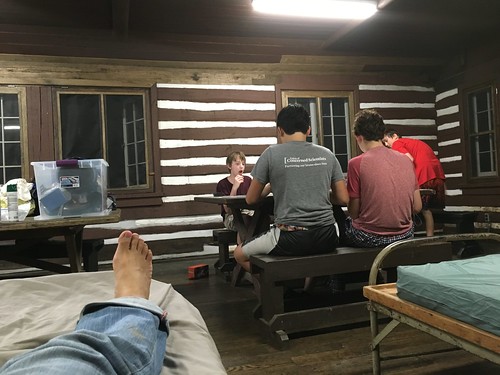